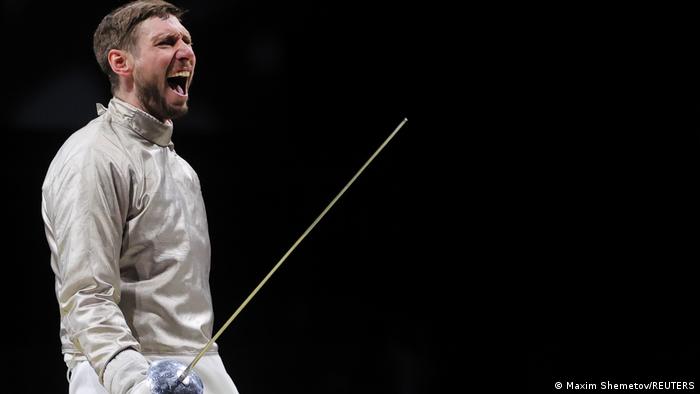 "When I was waiting in line for laundry, I happened to meet a French female athlete representative and we had a 20-minute talk. That's hardly possible here otherwise," said Max Hartung.

Like all athletes at the Tokyo Olympics, German fencer Max Hartung has felt the effect of the strict COVID-19 rules. What normally makes the world's largest sporting event so unique, namely the cross-sports encounters and the interaction among elite athletes, has been reduced to coincidences in the Japanese capital.

There would be so much to discuss, too. The strict hygiene rules, the heat, doping through skin contact or even the political messages sent by some Olympic athletes.

"I think it's great that athletes as social figureheads use their platform and reach to improve coexistence and influence young people in particular," explained the four-time European champion and world team champion in an interview with DW.

What is the need for independent athlete representative bodies?

The Russian doping scandal, fairness in sports, the controversial reform of competitive sports in Germany — these were topics that Hartung confronted five years ago at the Summer Olympics in Rio de Janeiro. At the time, athletes were represented within the German Olympic Sports Federation (DOSB), but there was no independent representation of their interests.

"I wanted to have a stronger lobby for athletes," Hartung said.

The idea came to fruition and in 2017, he co-founded Athletes Germany, an organization that represents more than 1,000 athletes. Their goal: to bring about fundamental changes in German and international sports practices. 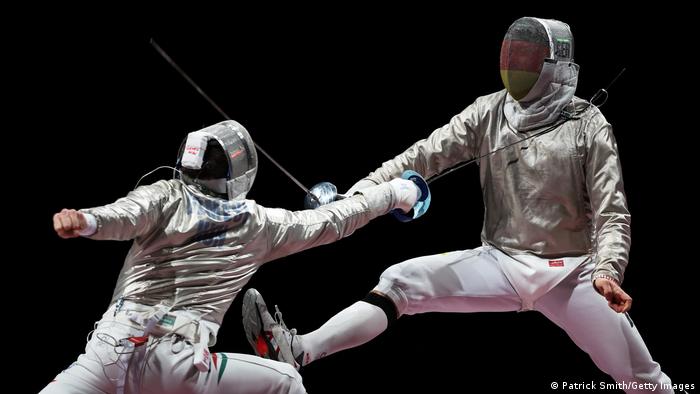 Fight for bronze: Despite his comeback Hartung, right, lost with his team against Hungary

In general, it is about the participative management, protection and perspective of the athletes as it looks to address questions such as: Who determines the coach? How is the money distributed among the respective sports? Where are there Olympic bases? Why is there so little support for female athletes during and after pregnancy? Why are athletes not allowed to elect the bodies of their federations?

Why are so few athletes fighting for their rights?

"For my coach, it wasn't always easy to accept all the extra traveling and other things on my mind, given that I was doing so much besides fencing," Hartung reflected. Sometimes, he said, that had an impact on his athletic performance.

"The worst was at the 2017 World Championships in Leipzig, in the team competition," the 31-year-old recalled. "Because I had worked so hard. I had just become an athlete spokesman, shortly after becoming European champion, but I was completely flat and I fell into a hole."

Hartung said he was particularly hurt by the feeling of having let his team down. "It's tough when you don't perform as well as you could. But when that happens in team competition? That was the day that hurt the most and where I had to learn to take better care of myself and say no sometimes." 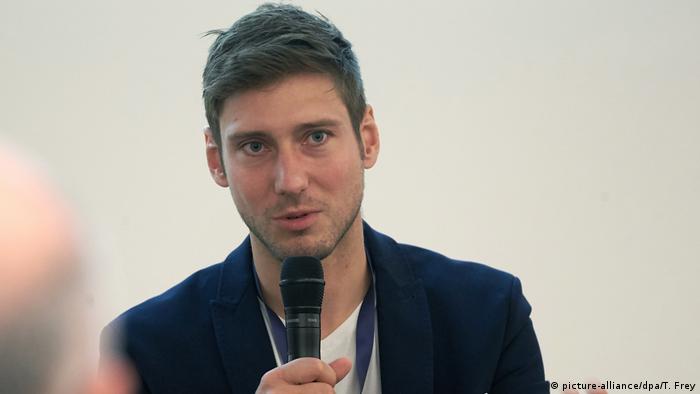 As an athlete and spokesperson, Hartung is a sought-after interviewee

In the meantime, Athletes Germany has gone on to employ five full-time staff members and receives financial support from the federal government. This makes the organization a "unicorn" worldwide, as Hartung puts it. Most countries have athlete’s representative bodies, but they are not always independent and are not nearly as well-positioned in terms of personnel and funding.

The work is arduous, and progress is often minimal. Take Rule 40 of the Olympic Charter, for example, which deals with advertising rights. Hartung even met with Thomas Bach, president of the International Olympic Committee, to discuss matters. "We were not able to get our wish that the athletes who provide the images should also have a monetary share."

To initiate lasting reforms, Athletes Germany needs input from sportspeople. Further public support and media attention are helpful in building pressure on governing sports bodies such as the International Olympic Committee, as demonstrated by athletes' expressions of solidarity in Tokyo.

Hartung himself had also thought about making a statement — his last appearance at the Olympics with the team on July 28 would have lent itself to that. It was also his last fight as an active athlete.

"But I would have found it difficult to raise one issue above all others," Hartung said. That is why he decided that his commitment to Athletes Germany was his contribution.