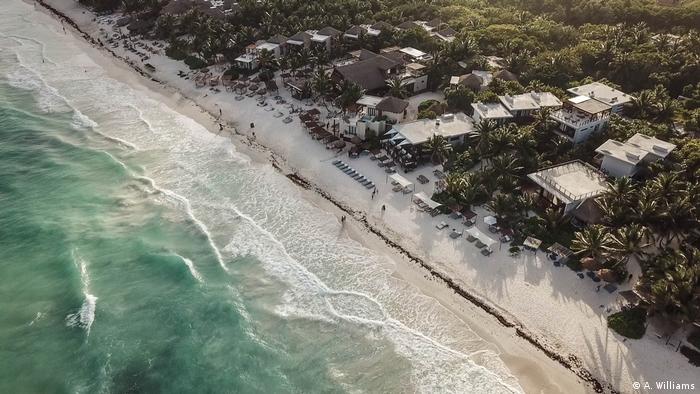 Driving down the Mexico's sunny Caribbean coast, environmental activists Dario Ferreira Piña, Carlos Meade and Michelle Cuervo express despair at the new constructions springing up in the once sleepy town of Tulum.

"Every day new buildings are built. And every day protected areas are destroyed," says Carlos Meade, director of Yaxché, Tree of Life, an NGO working to protect the environment in Tulum.

Twenty years ago, Tulum, located 130 kilometers (81 miles) south of Cancun on Mexico's Yucatan Peninsula, was still a hidden paradise with only a few beachfront boutique hotels and houses.

Today, its narrow seaside road is crammed with more than a hundred hotels and restaurants. During peak season, it gets so crowded that reaching the city center, just 6 kilometers away, can take up to two hours.

With 2.4 million visitors in 2017 (400,000 more than in 2016), Tulum is growing at an outlandish pace. Ironically, many developers promote themselves as eco-friendly, cashing in on the town's overall image as a laid-back, bohemian and green retreat. Meanwhile, the rampant construction of new hotels, restaurants and beach clubs is destroying the environment. 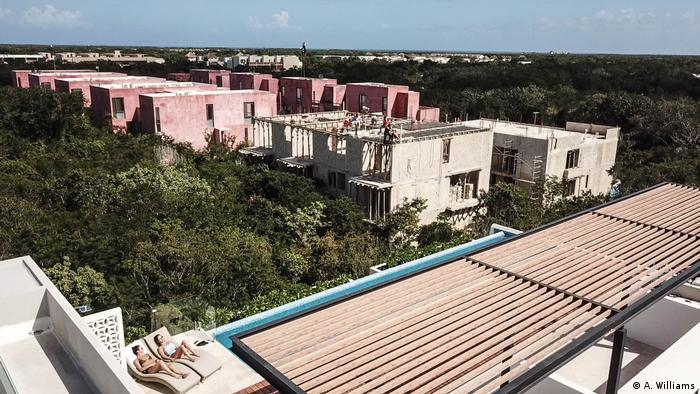 Making things worse, the city's coastal area lacks proper access to the power grid, instead relying largely on diesel generators to power its energy hungry air conditioners and other appliances.

"Those are all illegal constructions," environmental engineer Dario Ferreira Piña, who works for Razonatura, an environmental organization, told DW. "It always starts with a small construction and eventually it turns into a big project. Little by little they are gaining grounds against the jungle." He points out the window as he drives through Tulum's National Park.

Read more: Tourism is booming — and so are its side effects

'The problem is corruption'

The park, located between the town and the beach, is home to many endangered species, like jaguars and sea turtles. It was declared a protected area by a presidential decree in 1981. Yet, every year, new hotels and restaurants go up there. Some of them have been ordered to cease operation but stay open anyway, even as large banners announcing their forced closures hang at their front doors.

In 2015, the Federal Attorney for Environmental Protection (Profepa) closed nine tourism projects located within Tulum National Park for having illegally removed lowland vegetation, scrub, and coastal dunes. Sometimes, owners are even forced to tear down the buildings but even so, those sporadic crackdowns are not enough to prevent new projects from emerging. 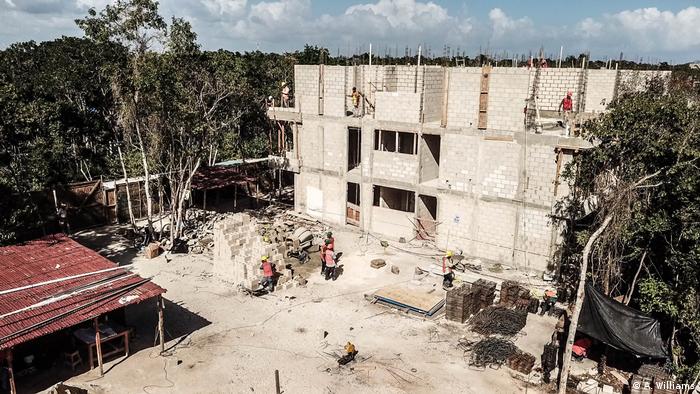 "Mexico has all the laws and regulations it needs to protect the environment," says Ferreira Piña. "The problem is corruption. People want to develop as fast as possible, and we have a corrupt government that allows it."

In 2017, the Corruption Perceptions Index ranked Mexico in 135th place on the list of 180 countries with a score of 29 — zero being highly corrupt and 100 very clean.

"Not only do they continue to build in the park, which is forbidden, but they build on sand dunes, which are there to stabilize the sand and prevent erosion," adds Carlos Meade. "This affects the entire coastal ecosystem."

With its cenotes, the famous natural sinkholes in the jungle, and underground water system, mangroves and dense jungle, the ecosystem of the Yucatan Peninsula is particularly fragile. But preserving it is made difficult by Tulum's lack of infrastructure.

The city has neither proper waste management, nor a drainage system. Until recently, it just dumped all garbage in the middle of the jungle in what locals call the "open-air landfills" just nine kilometers outside of Tulum. 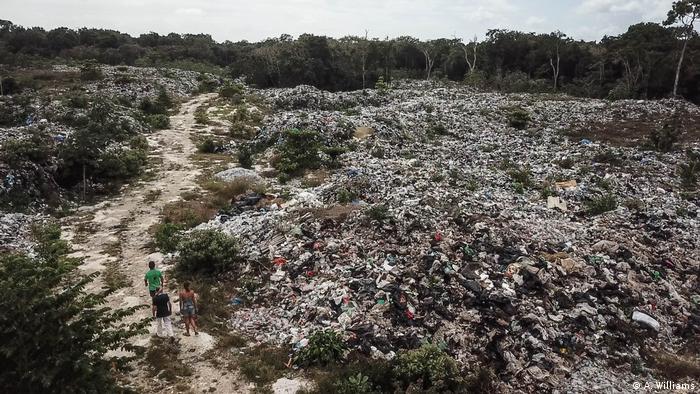 'This is a sanitary emergency'

"This is evidence that we don't have the capacity to receive the mass tourism we are getting now," says Dario Ferreira Piña, while walking among the garbage. He says, as it decomposes, the trash seeps into the underground water system and eventually the drinking water.

A study by the UN University's Institute for Water, Environment and Health has found pollutants like pharmaceuticals, cocaine residue, shampoo, toothpaste, pesticides and chemical runoff from highways and even golf courses in groundwater in the area of Cancun and the "Riviera Maya."

"In this region, we have a very fast water cycle. It only takes seven days for the polluted surface water to go into the underground water system and then into the ocean," explains Paul Sanchez Navarro, director of the Mexican Organization for nature conservation (OMCA). 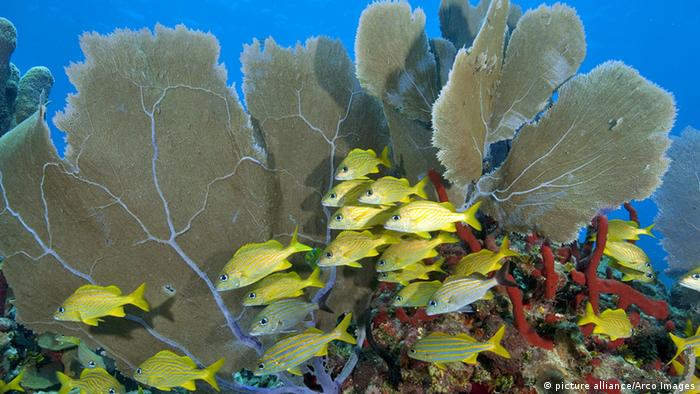 Coral reefs in the Carribbean have been degraded by 80 percent in the past 30 years, partly thanks to pollutants

According to Navarro, this pollution has a direct impact on the region's Mesoamerican Barrier Reef, the second-largest in the world after the Great Barrier Reef off Australia.

"The coral reef has degraded by 80 percent in the past 30 years in the Riviera Maya and the Mexican Caribbean," Navarro told DW. "Algae blooms, which proliferate due to the excess of nutrients and pollutants in the water, are suffocating the coral reef."

Sam Meacham, a scuba instructor who has been diving in the region since 1984, has witnessed the changing coralscape. "There is a lot less life, the reef is dead," he says.

"Developing Tulum into a sustainable tourism destination is a big challenge. [...] We have to put rules in place in order to prevent Tulum from becoming a mass tourism destination like in Playa del Carmen and Cancun," acknowledges Claudio Cortes Mendez, director of tourism for the city.

"Unfortunately, only a few people are interested in environment issues here," says Carlos Meade. "People already have to worry about things such as making a living. But our group of activists is growing and we have to keep raising awareness and denouncing the violations that we see. We won't stop fighting."