Tourism is booming - and so are its side effects

Worldwide tourism will be celebrating a record year in 2017. The UNWTO had wanted to counter tourism's negative consequences on local residents and environments with a Year of Sustainability. A preliminary stock-taking. 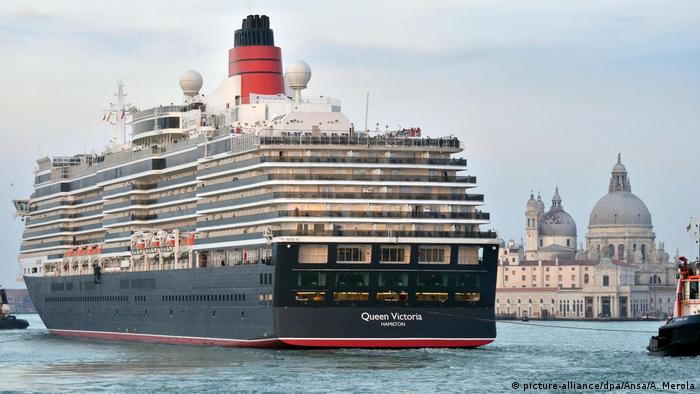 It is the last major project by Taleb Rifai, the Secretary General of the World Tourism Organization (UNWTO). The Jordanian's second term of office comes to an end in December. By proclaiming 2017 the International Year of Sustainable Tourism for Development, Rifai wanted to raise awareness of the problems caused in consequence of the rise in tourism worldwide and make clear the development policy opportunities. 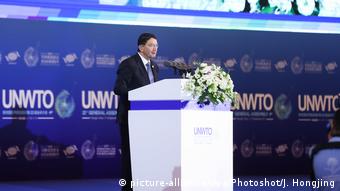 Rifai told DW that it meant the international community has recognized that tourism is now one of the strongest forces in the world, employing millions of workers and changing people's lives. In 2016 more than 1.23 billion people traveled across borders worldwide. Globally every 11th job is dependent on tourism. In many countries it is the main source of income, so it is also a driving force for economic development in poorer regions - as long as responsibility is not ceded to mass tourism and global providers.

Sustainability – what is its significance?

At the same time, the aim of sustainable tourism encompasses many aspects of travel. It starts with the issue of the impact on the climate of airplanes and cruise liners, and extends to water wastage and production of waste by tourists, all the way to the destruction of nature and the habitats of the people who live in travel destinations. 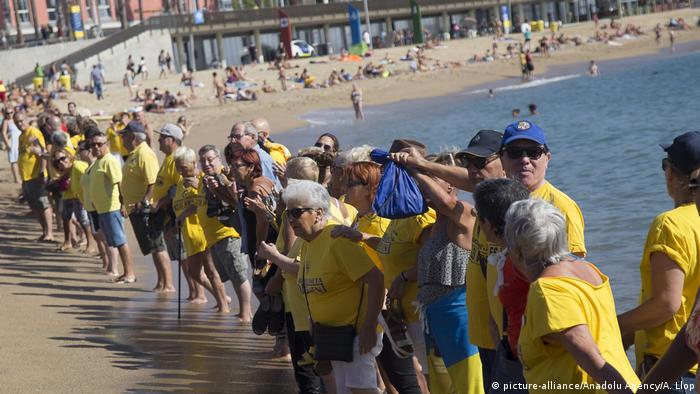 Barcelona – locals protest and block tourists' way to the sea

While the UNWTO was holding conferences in various places in 2017 to work on individual aspects of sustainable development, at the same time, especially in European hot spots, vocal protests against mass tourism were taking place, for instance, in Venice, Rome, Barcelona and Mallorca. Thus, if nothing else, these warnings of over-tourism illustrate the relevance of sustainable development.

A UNWTO conference in late November in Jamaica dealt with the issue of how local populations can benefit more from tourism. Especially for women, who make up 57% of those employed in tourism, developing a more sustainable form of tourism could be a source of job creation.

Unfortunately, this awareness is not said to be widespread. Taleb Rifai, for instance, warned Caribbean tour operators in Jamaica against building more luxury resorts in disadvantaged regions, saying it would be reminiscent of the time of exploitation by plantation owners, when the locals were not allowed to share in the economic development. 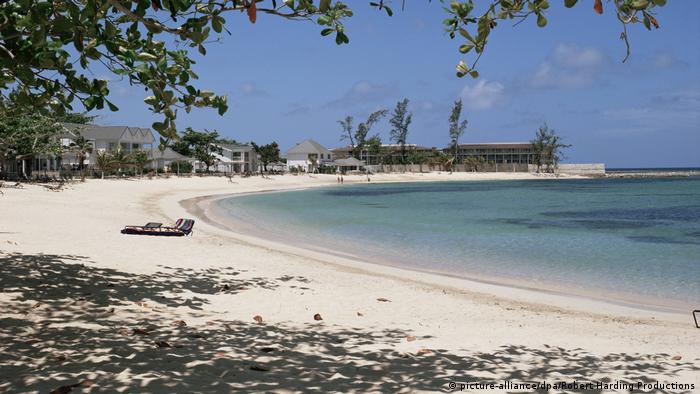 The problem is known - how can the message be communicated to tourists?

Besides the numerous conferences on the issue, in 2017 the UNWTO called for activities that set an example and launched a competition for travelers. Kai Markus, a German extreme athlete, set out in March 2016 to run from Hamburg to Shanghai, a distance of more than 12,000 kilometers. He wanted to use his challenge, dubbed "Run my Silk Road," to promote international understanding and especially to motivate the young generation along the Silk Road to believe in their dreams and realize them. 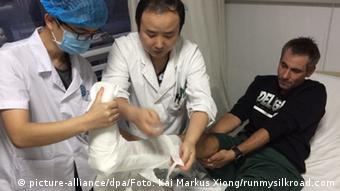 About 1200 kilometers from his final destination, Kai Markus fractured both his heel bones when he fell into a ditch by a road in Hubei Province that was wet with rain. Despite that he reached Shanghai - with the aid of a wheelchair and train - on December 16, a month later than planned.

The best practice competition, which the UNWTO titled "Travel.Enjoy.Respect," was won by Katie Diedrichs from the US. Now in her late twenties, she exchanged a "normal" life years ago for that of a travel blogger. She puts special emphasis on socially responsible travel, by minimizing her ecological footprint and giving preference to local travel service providers.

The prize that UNWTO Secretary General Taleb Rifai presented to Katie Dietrich consisted not only of a trip to six countries committed to sustainability (among them Germany), but also the remit to spread the message of sustainable tourism. She is to show that travel, pleasure and respect belong together.

After its end-of-year conference in Geneva, the UNWTO released a declaration of intent. It wants to encourage private companies, state institutions and especially tourists to pursue the aims of sustainable development. In this way, tourism could make its contribution to realizing the "2030 Agenda for Sustainable Development" adopted by the United Nations in 2015. As Taleb Rifai said at the end of the conference in Geneva, this is not just about tourism, but about "how we can improve life on earth."