Acutely aware of how global warming is damaging the planet, coral reef scientist Kim Cobb has responded to recent political developments and changes in climate policy by trying to cut her own carbon footprint. 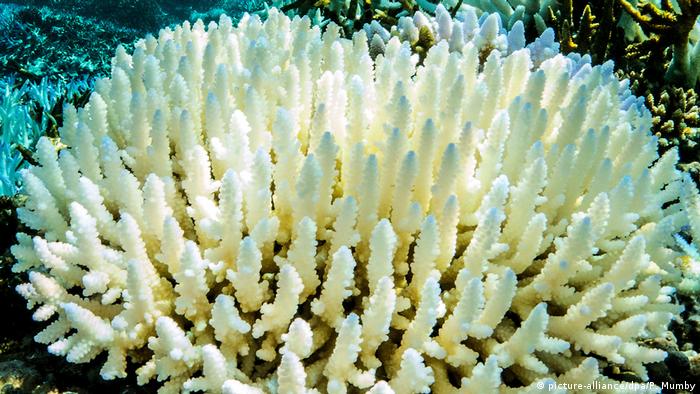 For Kim Cobb, a researcher at Georgia Tech University in the United States, 2017 was a year of climate action, as she took concrete steps to reduce her greenhouse gas footprint. Like many other climate scientists, she says we must practise what we preach.

"After 14 years of saying to myself, 'I do my part because I'm a climate scientist,' I decided it was time to do more," Cobb told DW, reflecting on her reaction to the election of Donald Trump as president of the United States.

"I got the news at a research site in the remote Pacific Ocean where we were studying a reef that had just been killed by global warming. It was a shock, and I think had a much deeper resonance of despair and doom for those of us working in the climate science and policy world. For me personally it was the start of a profound two-month depression," she said. 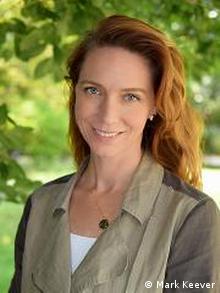 Kim Cobb: "We have to talk about climate protection solutions. It's not enough to just complain."

Trump has repeatedly dismissed climate change as a hoax. For Cobb, his election made all her efforts seem "insufficient."

"When I returned from the research expedition it seemed that most of America had moved on, but I had trouble getting out of bed for two months. I was grasping at straws for ways forward," she said.

The turning point came on New Year's Day 2017, which also marks the birthday of her twin daughters. The process of re-engaging with her family, peers and community was, she said, shaped by the need to do more about global warming on a personal and professional level.

"It became clear that national policy would not, at least in the near term, fill the void left by inaction on personal carbon footprints," she said.

Since the start of 2017, Cobb said she and her kids have walked, rather than drive, the mile (1.6 kilometers) to and from school, and she cycles the 3 miles to and from work. Her husband also leaves the car behind, at least half the time.

And the scientist hasn't stopped at greener travel.

"This may be too much information, but I started using reusable menstrual products, which is a huge deal for carbon. We've replaced all our lights with LEDs in our house, my sister's house and my parent's house and switched to purchasing 100 percent renewable energy from Georgia Power, at 1 cent more per kilowatt-hour."

Cobb said she also offset the carbon output of all her air travel at a cost of several thousand dollars by donating to Trees Atlanta, a non-profit that conserves and expands the US city's urban forest. Starting in January 2018, her family became mostly vegetarian, shaving several tons from their household CO2 emissions.

"As a climate scientist who can see into the future, are you doing what you can to inspire your friends, family, and members of the general public to shrink their footprints?" she asked.

"We need to talk about solutions to climate change, rather than continue to scream and yell about the problem. People need to see a way forward, and to feel like their actions matter," Cobb said.

"They need inspiration, leadership, and a sense of collective action. And scientists can play a key role in building that momentum."