Extreme weather has hit parts of the country's western region amid an unseasonably warm spring. Half-a-meter of hail was recorded in the Mosel region. 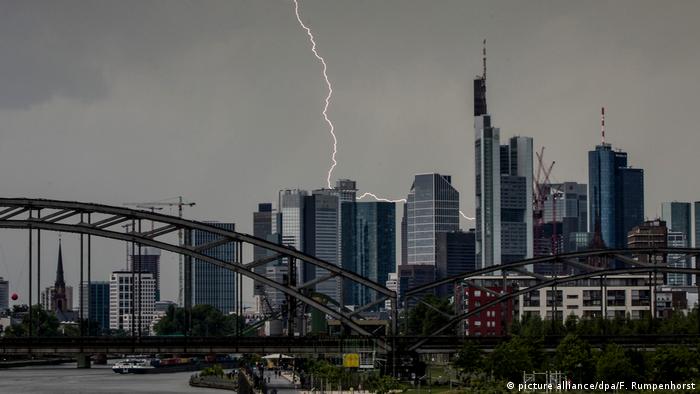 Germany's meteorological service, the DWD, said the weather in southern and central parts of the country was expected to remain wet on Wednesday.

Tuesday's "summer thunderstorm" in the west and southwest of Germany damaged buildings and flooded cellars and streets, particularly in the states of Hesse, Baden-Württemberg and Rhineland-Palatinate.

There were no reports of anyone seriously injured. 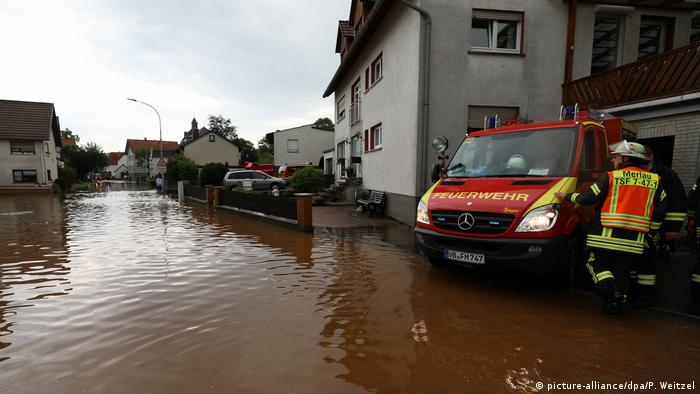 Flash flooding hit the region including in the town Mücke, northeast of Frankfurt

In the municipality of Kaisersesch, up to half-a-meter high hail was recorded. Locals told media it hailed for 20 minutes in Gamlen district. One woman was slightly injured on a Kaisersesch highway. The highway police spoke of a layer of ice, which at one point was up to 2 inches (5 centimeters) thick. 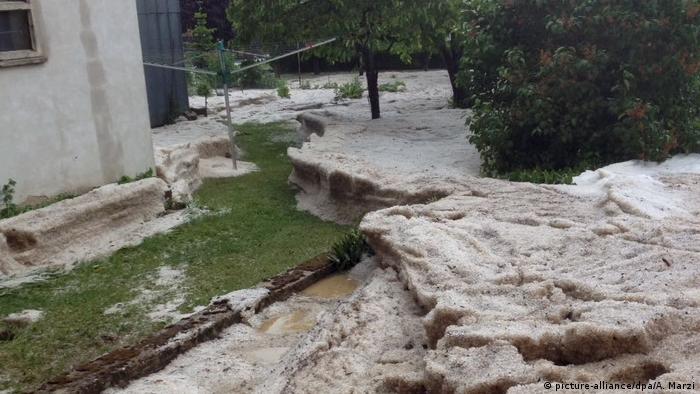 More than 100 takeoffs and landings were canceled at Frankfurt Airport, partly due to thunderstorms in Europe, but also because of an air traffic controller strike in France.

In 2013, record flooding hit the South German village of Fischerdorf. Authorities are erecting new defenses to protect residents in the future. Our reporter spoke to locals still rebuilding their lives five years on. (16.04.2018)