Three European tourists were banished from the Incan citadel Machu Picchu in Peru after taking photos of themselves exposing their backsides, police said Wednesday. 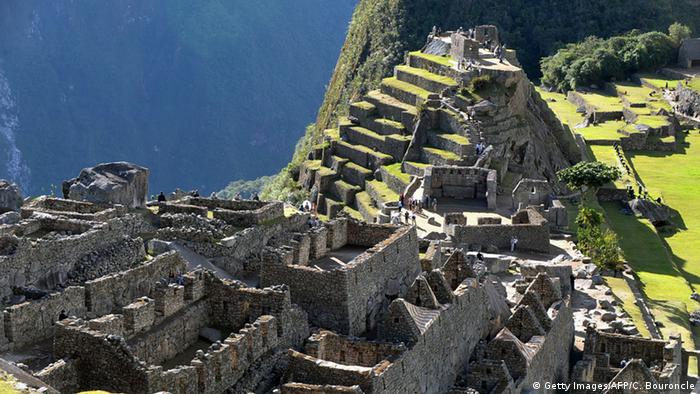 Peruvian authorities consider undressing at Machu Picchu disrespectful. The majestic 15th century stone citadel -— the jewel in Peru's tourism industry -— is located 74 kilometers (45 miles) from Cusco, former capital of the Incan Empire, in southeastern Peru. Built on the top of a mountain, it blends into surrounding thick foliage. In June 2014 Peru's culture ministry reiterated that nudity is banned after a wave of visitors snapping offensive pictures.

Spanish colonizers never knew of Machu Picchu, a UNESCO world heritage site since 1983. It was discovered in 1911 by American explorer Hiram Bingham.

After serving as an unwilling background for several nude photo shoots, Cambodia's Angkor Wat temple complex will no longer be accessible to immodestly dressed tourists. (08.07.2016)

Seven Westerners detained in Cambodia on pornography charges after a pool party have been deported, a court official says. Three others remain in custody despite denying the allegations. (12.02.2018)

A tourist has mailed back bricks taken from an ancient temple in Thailand after experiencing an "unpeaceful" life. (05.02.2018)