After serving as an unwilling background for several nude photo shoots, Cambodia's Angkor Wat temple complex will no longer be accessible to immodestly dressed tourists. 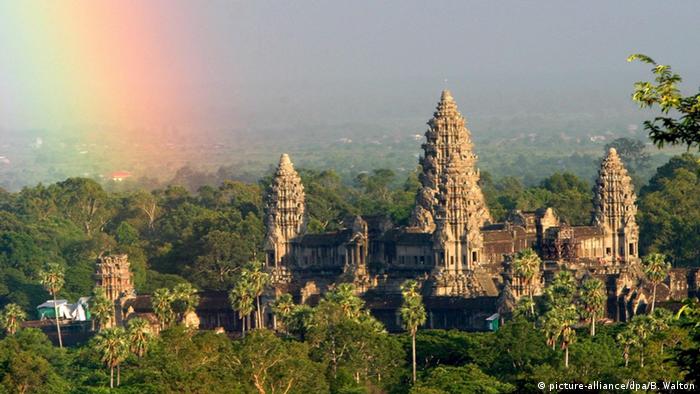 Aspara Authority, which oversees Angkor Wat, announced that in future they will no longer admit scantily clad visitors. Tourists are required to wear pants or skirts below the knees and shirts that cover their backs and shoulders. All females must also wear a bra.

Those who fail to adhere to the new rules will be turned away from the site as of August 4.

Angkor Wat is a sacred place for Cambodians. The authority's website included pictures to illustrate inappropriate dress. They include photos of Western tourists such as a woman walking around the temple complex in a T-shirt and underwear.

The new dress code is meant to encourage respect for "our beautiful culture and tradition," said Long Kosal, a spokesperson for the Apsara Authority. Last year, several foreign tourists were deported after they were caught taking nude photos of themselves in the Angkor Wat temple complex.

In Angkor Wat is one of the largest religious monuments in the world. Dating back to the 12th century, the UNESCO World Heritage site is one of the biggest tourist attractions in Cambodia. It has welcomed over two million visitors last year.