Seven Westerners detained in Cambodia on pornography charges after a pool party have been deported, a court official says. Three others remain in custody despite denying the allegations. 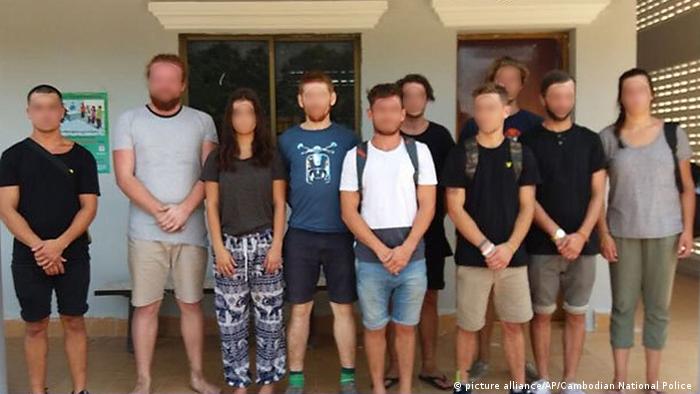 Seven of 10 foreigners arrested in Cambodia last month on charges of posting allegedly pornographic photos on social media have been expelled from the country, a court official said on Monday.

Their lawyer, Ouch Sopheaktra, confirmed that the seven had left Cambodia from Wednesday through Friday last week after being freed on bail.

The ten young Westerners — five from the United Kingdom, two from Canada and one each from Norway, the Netherlands and New Zealand — were arrested at a party two weeks ago in a private villa in the town of Siem Reap. Police accused the group of "singing and dancing pornographically."

A court in Siem Reap, which is near the famous Angkor Wat temple complex, charged the 10 with producing pornographic materials, with a prosecutor alleging that the organizers of the party had posted obscene images online to advertise the event.

All 10 accused have denied the charges, saying only that they were wearing clothing that could be considered suggestive. No charges have been formally dropped so far. 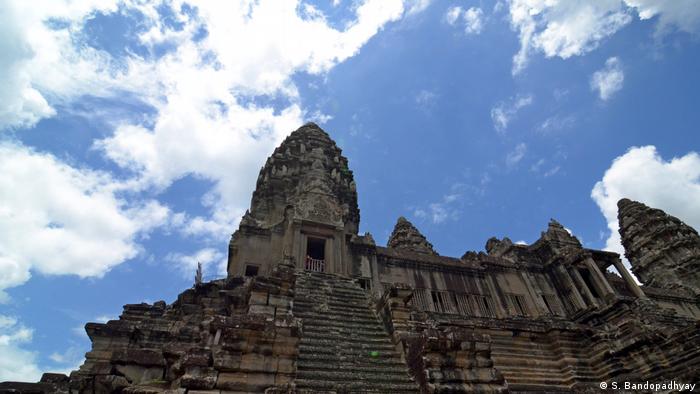 The seven who have left the country received bail because the court accepted that they had not organized the party, but Ouch Sopheaktra said he had no intentions of applying for bail for the three remaining foreigners: a Briton, a Dutch and a Norwegian national.

If offenders are convicted of posting pornographic photos, they can be punished with up to a year in jail in the largely Buddhist country. Authorities have yet to announce a date for the trial.

Although the temples of Angkor Wat are considered sacred, the nearby town of Siem Reap is known for its lively nightlife, bars and restaurants.

In 2016, a number of foreigners were arrested in Angkor Wat for taking suggestive photos.