Thomas Tuchel to Chelsea: Would it work?

After being fired by Paris Saint-Germain on Christmas Eve, Thomas Tuchel is reportedly keen to start a new job. With rumors swirling around the future of Chelsea's Frank Lampard, would the German be an ideal replacement? 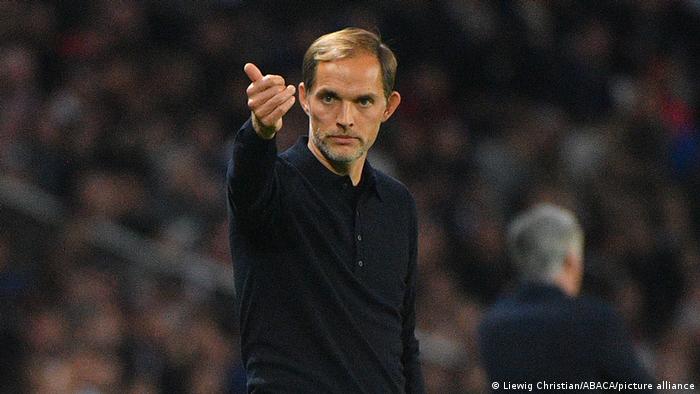 Thomas Tuchel is a free agent, after leaving Paris Saint-Germain

He may have picked up a severance payment of about €6 million ($7.4 million) after being relieved of his duties as Paris Saint-Germain coach, but it appears that Thomas Tuchel isn't looking to take a break from the stresses and strains of top level football. The German coach is reportedly keen to get back in to work quickly.

While a stuttering Ligue 1 campaign, which followed a muted transfer window by the Qatari-owned-club's standards, put an end to his two-and-a-half year stint in the French capital, Tuchel still enjoys a solid reputation in the game. He won two titles and three cups and reached the Champions League final with PSG, was the last man to win a trophy with Borussia Dortmund (the German Cup in 2017) and performed admirably with limited resources at Mainz before that.

Furthermore, Tuchel speaks English well and is available without a fee. However, though Lampard appears to be under fire, the former Chelsea midfielder still believes he can turn it around, particularly given the congested nature of this season's Premier League table.

"A month ago everyone was asking me whether I was going to sign a new contract, and now they will be saying different things," Lampard said after Sunday's limp 3-1 defeat to Manchester City. "But over a busy period we've lost four games of football, so the pressure remains constant and you know it's there.''

Trouble with the top brass

That pressure is particularly noteworthy given Chelsea's owner, Roman Abramovich. The Russian oligarch has appointed 12 managers since taking over in 2003 meaning Lampard, hired at the start of last season, is already past the average shelf life of a Chelsea coach.

Interference from the top is something Tuchel has wrestled with his entire career. He left Dortmund despite having the best points-per-game record of any BVB coach who coached more than 10 games, after locking horns with the top brass, particularly, CEO Hans-Joachim Watzke. The 61-year-old previously described Tuchel as a "difficult person" to work with.

"Tuchel is an exceptionally good coach, that's clear," Watzke added last month. "In principle, he was a top solution as successor to Jürgen Klopp, who was possibly the world's best coach, because he had incredible abilities on the pitch. But sometimes things don't work in harmony."

A similar clash was instrumental to his latest exit. Tuchel has been publicly outspoken about what he perceived to be a lack of backing from sporting director Leonardo in the transfer market, with the Brazilian suggesting that Tuchel "must respect either the sports policy or the internal rules" after his complaints.

"Anyone who has followed the team news for a while will have heard that there was tension between the sporting director and the coach in recent months," confirmed Tuchel's assistant coach Zsolt Löw to Hungarian outlet Nezmeti Sport in recent days. .

"This generated tensions between various team leaders and the technical staff, in addition to the fact that the sports director did not share the same ideas as the head coach. I cannot go into details, but they had different ideas in many areas and it grew over time. This led Leonardo to see himself in the future working with another coaching staff. Let's face it, this relationship was not sustainable in the long run." 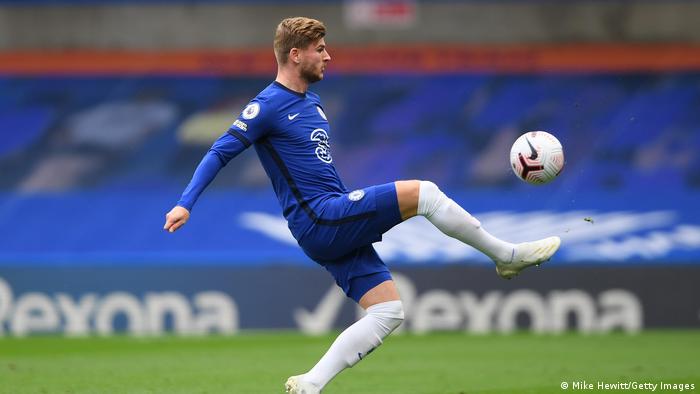 Timo Werner has struggled for goals of late

One of the players Tuchel was frustrated about losing was defensive leader Thago Silva, who he would coach again if he were to take over from Lampard. The center back is one member of a squad which Jürgen Klopp called the "strongest" in the Premier League.

Also among Chelsea's roster are a trio of German players that German newspaper Bild reports that Tuchel is "keen to work with". Timo Werner and Kai Havertz have both struggled to fully adapt to their new surroundings in west London, with Werner having failed to score in his last nine outings and Havertz picking up injuries and being shunted out of position. The third German in the squad, Antonio Rüdiger, has been sidelined by Lampard, appearing just once in the Premier League this season.

But nationality is no guarantee of favor with Tuchel. Julian Draxler, though often injured, was a largely peripheral figure during Tuchel's time in Paris.

Whether it's with Chelsea, another club seeking a change, or even the German national team after EURO 2021, Tuchel is the type of character who will be certain not to leave himself on the outskirts for long.