Tuchel led PSG to last season's Champions League final, where they lost to Bayern Munich. However, this season has been more problematic for the German, where the club have already lost four matches in the French league. 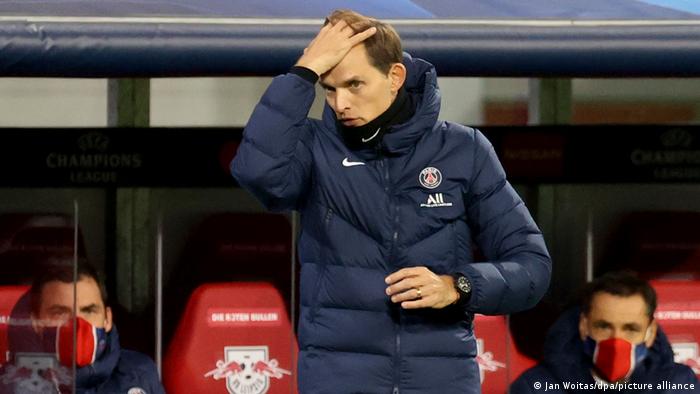 Paris Saint-Germain on Tuesday confirmed the sacking of Thomas Tuchel.

The French champions relieved the German coach of his duties following a lackluster start to the domestic campaign, where they have already lost four matches in Ligue 1, more than all of last season.

"After an in-depth analysis of its sporting situation, Paris Saint-Germain decided to terminate Thomas Tuchel's contract," the French giants announced in a statement.

Germany's Bild newspaper and French sports daily L'Equipe reported last week that club bosses informed Tuchel of their decision on December 23, in the immediate aftermath of a 4-0 win against Strasbourg. He still had six months remaining on his three-year contract.

The club did not name a successor.

However, former Tottenham Hotspur boss Mauricio Pochettino has emerged as the front-runner to replace Tuchel. The Argentine spent two years at PSG during his playing career.

PSG have qualified for the last-16 of the Champions League but it is their form domestically that has ultimately cost Tuchel his job.

The French club enter the winter break in third position in the table, a point behind Lyon and Lille. PSG suffered a 1-0 home defeat at the hands of table-topping Lyon on December 13 before a goalless draw at Lille on Sunday.

Tuchel arrived in the French capital in 2018 having previously coached Borussia Dortmund.

He won several domestic titles with PSG, including two successive league titles. Tuchel led the French outfit to the Champions League final for the first time in the club's history in the summer of 2019, only to come up short against Bayern Munich.

For all their fame and fortune, footballers are often used as pawns. The decision by Paris Saint-Germain and Basaksehir players to walk off together is a demonstration of a real power rarely used, says DW's Matt Pearson.

Bayern vs. Bayern: Legal battle over freedom of speech despite Champions League win

Bayern Munich became champions of Europe for the sixth time in Lisbon on Sunday night. Back in Munich however, one Bayern fan is engaged in a legal battle with his own club after criticizing Bayern's links to Qatar.

For the second year running a German coach has won the Champions League title. Furthermore, three of the coaches to reach this year's semifinals were German and all came through the DFB's coach-training program.

Coronavirus digest: Global infections up for first time in weeks, warns WHO 46m ago