Bayern Munich's "brothers", Kingsley Coman's "happiness and heartache", the "inconsolable" Neymar and the "horrible" absence of fans: the players, coaches and newpapers of the world had much to say on the final. 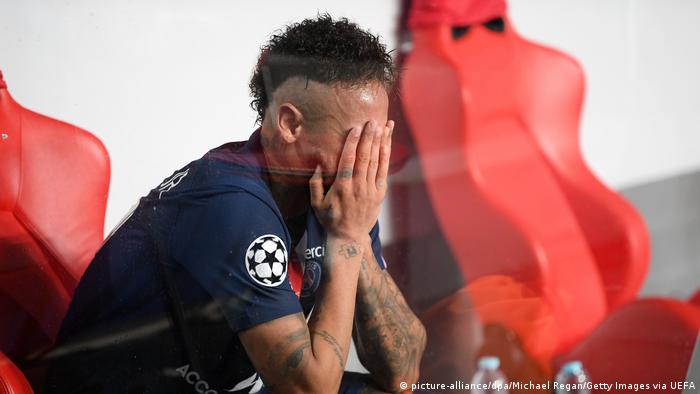 While the match itself wasn't the most dramatic of Champions League climaxes, the unprecendented circumstances in which is was played meant the 2020 final will live long in the collective memory.

That will certainly be the case for those who made it on to the pitch in Lisbon and, as you'd imagine, the players of Bayern Munich and Paris Saint-Germain had some wildly different interpretations on the evening.

An emotional Joshua Kimmich, whose typically-precise cross created Bayern's winner, was desperate to pay tribute to team spirit. "It's impossible to describe what it feels like to stand on the pitch with such a team," he said."It's like playing with brothers, it doesn't get better than that."

After ruing missed chances and misfortune, PSG midfielder Ander Herrera, like several other players, commented on those who missed the action. "It’s horrible. For me, fans are the key in this sport, the most important thing in football. Football without fans is nothing."

For Kingsley Coman, emotions were a mixture of "lots of happiness and a bit of sadness for Paris" after he headed the winner against the club where he made his professional debut. "My heart was 100 percent Bayern because I'm 100 percent professional but I'm not going to lie, to see Presnel [Kimpembe] like that, to see our team like that, gave me a little bit of heartache," the French winger said.

Brazilian midfielder Marquinhos perhaps summed up the disappointment from the French side's players: "I'm proud of our run but disappointed with the match, the result. We have to find the positives. We're going to find out path to reach the highest level."

Meanwhile, Thomas Müller was one of several Bayern players to reference the amazing turnaround under coach Hansi Flick. "Our game hasn't been so well organised since Pep Guardiola [Bayern coach from 2013-16), he said. "Hansi Flick has always been a great guy, very clear in what he tells us. But I didn't expect him to have the complete package to become Bayern's coach."

After admitting that he "didn't know when the party will end", Flick was keen to keep the spotlight on his team, who remain undefeated in 2020. "I remember in November the papers wrote that no one fears this Bayern team anymore, that no one respects it and how bad they are. I think the growth they underwent is sensational," he said. Hansi Flick has been a major reason for Bayern's revival

Bayern 's CEO Karl-Heinz Rummenigge noted how the board's faith in a man initially seen by some as an interim solution had paid off. "We can all be happy that we chose Hansi Flick and put our trust in him," he said. "He's returned that trust a hundredfold."

The other German coach, Thomas Tuchel, felt his side would have won had they scored the first goal but refused to blame his star strikers. "We want Neymar and Kylian to score but we can't ask for it all the time," he said. Tuchel also said Manuel Neuer had "taken goalkeeping to a new level" and called on his side to "rediscover this spirit."

But not everyone had such a generous appraisal of PSG's display, with daily paper Le Monde running with the headline: "PSG misses its appointment with history" and the front page of L'Equipe featuring a full page picture of a dsitraught Neymar with the word "Inconsolable" written underneath.

In general though, the French media weren't too hard on Tuchel's men, with acceptance of Bayern's ability and an acknowledgement of missed opportunities commonplace. "The defeat in the final of the Champions League this Sunday  should not upset the life of PSG, who intends to use this to grow even more" read an editorial in Le Parisien.

Elsewhere there was some gloating over the failure of the expensively-assembled French champions. "PSG, the great illusion: €1.3 billion not to win the Champions League" screamed Italy's La Gazetta dello Sport while the more sober New York Times opted to call it "A victory for tradition and team."

The press in Germany, naturally enough, focused on a Bayern team transformed under Flick. "With a sense of invincibility: Seldom has a team won the Champions League as superiorly and deservedly as Bayern," read a piece in the broadsheet Suddeutsche Zeitung.

Tabloid Bild compared this team with the treble winners of 2013. "After the Super Bayern of Jupp Heynckes in 2013, comes the Mega Bayern of Hansi Flick" a headline read.

The last word goes to the Frankfurter Allgemeine Zeitung, who wrote that "no other Munich triumph in the Champions League was as deserved as this one." Given the competition from Bayern's previous five winning teams, that's some praise.