The West tends to 'exaggerate' Iran's role in the Syrian conflict

Barbara Zanchetta, a London-based expert on war studies, tells DW that analyses of Syria's conflict tend to oversimplify the complex issue by labeling it only as a proxy war between Iran and Saudi Arabia. 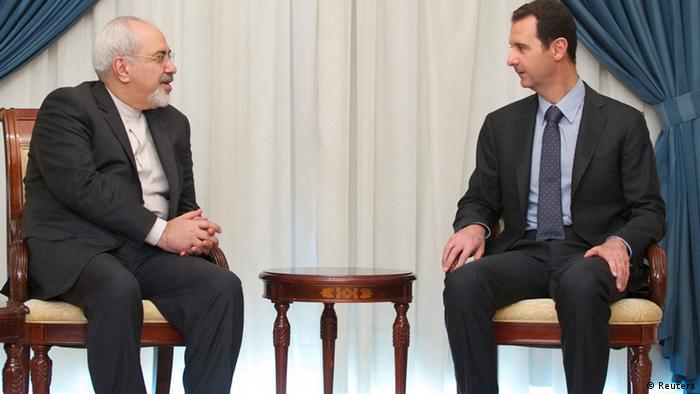 DW: Did the US accomplish its objectives by targeting Syria's alleged chemical bomb facilities?

Barbara Zanchetta: The declared objective of the strikes was to destroy the facilities, but I think the US, Britain and France wanted to convey a message to Russia and Syrian President Bashar al-Assad. So, there was a military message as well as a political message, and I think the latter was stronger than the former.

Was it also a message to Iran, the Syrian president's other backer? 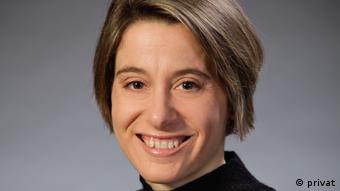 Dr. Barbara Zanchetta: 'The West's involvement in the Syrian conflict is limited'

Well, the message to Assad and Iran was that chemical weapons won't be tolerated. A year ago, there were similar strikes, although the recent ones were more powerful. But I don't think the Assad regime would be deterred by such strikes, or even by the political message that the strikes tried to convey.

Should the tougher US stance on Syria worry Iran?

Iran is not particularly happy with the way things are unfolding in Syria. It is true that the Assad regime is gaining ground in Syria, but the civil war is still very messy. So Tehran can't be satisfied with the situation.

But it requires more actions from the US to intimidate Iran. Washington has to show a stronger commitment in Syria. So far, the US has only been intervening to target the so-called "Islamic State" (IS).

In short, the recent air strikes didn't have much influence on the Syrian situation or the countries involved in it. The Americans have to increase their role in the conflict to change the dynamics on the ground.

Will Syria's Assad get the message? Ask Russia and Iran, say former US officials

How involved is Iran in the Syrian war?

Iran is as heavily involved in the conflict as the Gulf states and Saudi Arabia, but I think we in the West tend to simplify the issue by saying that one side is backed by the Shiite Iran and the other by the Sunni states in the region. I am not saying that it is not the case. What I am saying is that the Syrian issue is much more complicated than that. The civil war in Syria is still about the country's local dynamics and about Assad not wanting to step down. All other external influences are important but are not the main determinant. We tend to exaggerate Iran's role in the conflict.

You say the proxy war issue probably doesn't play that big a role in the Middle East as the Western narrative likes to portray, but we see that the Iran-Saudi Arabia rivalry is definitely a major factor behind civil wars in the region. Yemen is a good example.

We should look more at the local factors that trigger these conflicts in the first place. The Syrian issue started with protesters holding rallies against Assad as part of the Arab Spring seven years ago. What happened differently in Syria was Assad's reaction to those protests. He unleashed a brutal crackdown on his opponents and radicalized rebels to make it difficult for the West to intervene.

But the Western intervention also aggravated the conflict, didn't it?

Yes, but not to an extent that we like to believe. The West's involvement in the Syrian conflict is still very limited. The US trains some rebels, but we don't really know how effective these programs have been. Iran and Saudi Arabia have more influence on the conflict than the West. Similarly, Russia has been playing a bigger role in Syria than the US. But the main dynamics are still local.

So how does it play out now? According to you, the US strikes had a limited impact and the Assad regime is gaining ground. Isn't there a risk that the West will leave Syria to Iran and Russia?

Syria will remain a quagmire for some time. There is no quick solution to the problem, but the solution has to be diplomatic. To get to negotiations will be extremely difficult though. The issue has become so complex that I don't see any other way than a diplomatic solution.

So you think there is a possibility that the United Nations can convince Iran and Russia to agree to a Syrian solution that does not see Assad's role in it?

No, we haven't reached that point yet. While I believe that negotiations are the only way out, I also think that finding a credible way to bring all the parties to the negotiating table would not be easy.

But the international community can pressure Iran into agreeing to its terms by imposing more sanctions on the Islamic country.

The Americans don't have that kind of leverage on Iran because they have lost some credibility by intervening in other countries in the past.

But the international pressure and sanctions on North Korea have somewhat yielded results as Pyongyang agreed to negotiations not only with South Korea but also with the US. Why can't the same be achieved in Syria?

One can say that if it happened in the North Korean context, it can also happen in Syria. But in the case of North Korea, the international community is talking with only one party — the Kim Jong Un regime — but in the Syrian case there are multiple actors involved. If the US can find one party to talk to in Syria, that would be a great progress, but the Syrian issue is not bilateral; it is regional.

Is it more difficult for Trump to handle Iran than North Korea?

Dr. Barbara Zanchetta is lecturer in diplomacy and foreign policy at the Department of War Studies of King's College London. Her research focuses on US foreign policy in the 1970s and 1980s, and American policies toward Iran and Afghanistan.

The interview was conducted by Shamil Shams in London.