The Swahili teacher killed in a Nazi concentration camp

Black people were among the victims of the Nazis. The documented case of Mahjub bin Adam Mohamed also offers insight into Germany's colonial past. 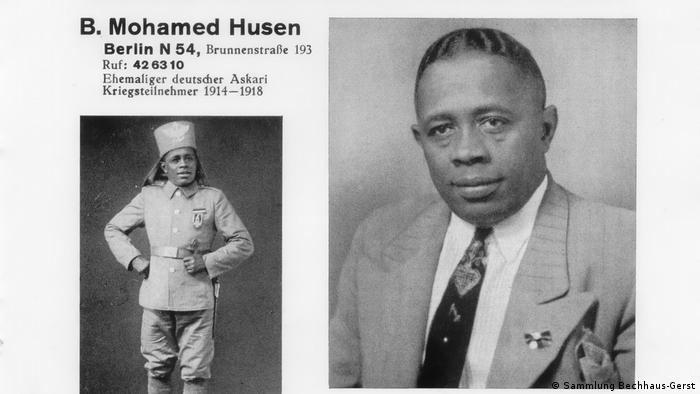 While doing research at Germany's Federal Archives, Marianne Bechhaus-Gerst came across a document that shows there was a Swahili teacher named Mohammed Husen who was taken to the Nazis' Sachsenhausen concentration camp in Oranienburg, north of Berlin.

"I was really surprised by that document, because despite my studies as an Africanist historian, I did not know anything about the experiences of Africans during the Nazi era. Even when I researched the topic in academic works, I did not find any studies about it," says Marianne Bechhaus-Gerst, a professor of African Studies at the University of Cologne. 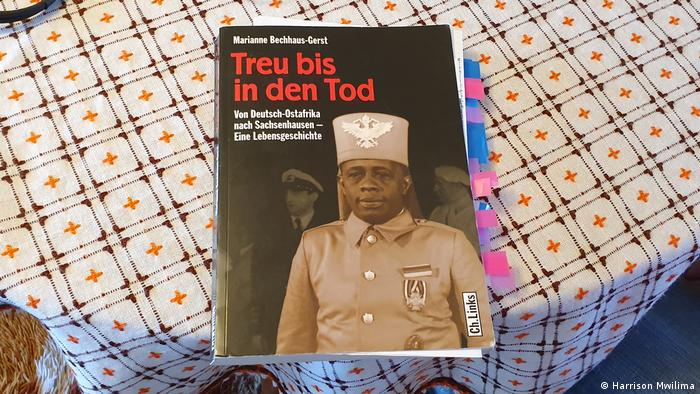 Mahjub was born in 1904 in Dar es Salaam, the current financial capital of Tanzania; at the time, the city was part of German East Africa, which included present-day Tanzania, Rwanda and Burundi.

His father came from Sudan and was a soldier serving in the German colonial army: "There were some colonial resistance movements in the coastal parts of German East Africa, that's why Germans decided to enlist foreign soldiers to suppress those anti-colonial movements, since local soldiers would not be able to fight against their own people." explained Bechhaus-Gerst. 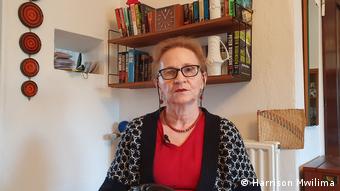 Germany's colonial rule in the region, which lasted for almost three decades, ended with its defeat in World War I. But Mahjub kept working for German companies, including as a waiter for a German shipping company called the Woermann Line Steamship.

In 1929, Mahjub decided to leave his work in the ship and stayed in Germany. He married a German woman from the Sudetenland and settled in Berlin shortly before the Nazi regime took power in 1933. He did several jobs including working as a Swahili teacher at the Friedrich Wilhelm University as well as a waiter in a pleasure palace called Haus Vaterland in Berlin. He also had roles in various films, including two major German colonial propaganda movies: Die Reiter von Deutsch-Ostafrika (The Riders of German East Africa) in 1934 and Carl Peters in 1941.

Actively fighting against injustice, Mahjub applied twice to obtain military decorations for serving in the German colonial army during World War I, but without success. He went to the German authorities whenever he had financial problems to obtain support. "He was very courageous to do that, especially during the Nazi period; most Black people did everything to avoid coming into contact with public offices," says Bechhaus-Gerst.

To ensure his survival and that of his family during the Nazi era, he also became involved in the neo-colonial movement supporting Germany to regain its lost colonies.

Mahjub even tried to volunteer in the German army when the Second World War broke out in 1939, but without success. "He felt more like a German than an East African," says Bechhaus-Gerst.

Why Mahjub was sent to a concentration camp

What brought Mahjub into trouble during the Nazi era was his involvement in multiple extra-marital relationships with other German women. "At some point, within six weeks he became a father twice, with a child from his wife and another from a woman he had an affair with," Bechhaus-Gerst explained.

According to Bechhaus-Gerst, he was accused of racial defilement, or "Rassenschande" in German, a law that prohibited sexual relations and marriage between Germans and non-Germans. Initially, that law was primary applied to Jews; it was later extended to other groups, including Black people.

He was sent to the Sachsenhausen concentration camp in 1941, and died there nearly three years later.

Mahjub now has a commemorative "stumbling stone," known in German as Stolpersteine, which are small brass plates in the pavement marking the names and fates of victims of the Nazis. Mahjub's stone was installed in 2007, at his last address where he was arrested, Brunnenstrasse 193 in Berlin. 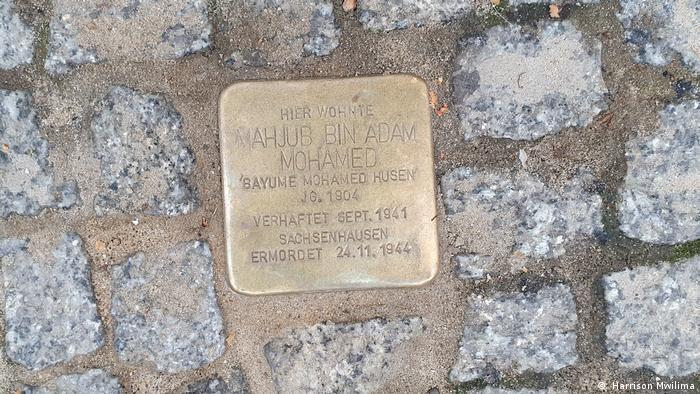 "For me it was very important to come up with something that would also commemorate the victims from Africa," says Bechhaus-Gerst, who was behind the initiative. "It seems like Africans have been the forgotten victims of the Nazi era," she adds.

At some point the stumbling stone of Mahjub was stolen; a new one was reinstalled in 2020. Since there had not been any construction work in the area, the Stolpersteine initiative in Berlin has said it might have been a racist act.

There are several other stumbling stones close to the house where Mahjub lived, but his commemorative plaque was the only one that disappeared — leaving many unanswered questions.

How a Black performer became a darling of East Germany

Paul Robeson was an African American singer, actor and civil rights activist blacklisted by the US government. His life's story is revealed in new book.

The East Germans of Namibia

30 years ago, children from Namibia were taken to communist East Germany to save them from the civil war in their country. With the end of the Cold War, they returned to Africa. A stage play now tells their stories.

Léopold Sédar Senghor is considered as one of Africa's greatest statesmen, poets and intellectuals. After a spell of imprisonment during the Second World War, he became the first president of Senegal.

Local authorities in Berlin's African quarter have decided to rename three streets bearing the names of colonialists. The decision has left many residents in the German capital angry.

Some of the Mozambicans and Angolans who came as contract workers to East Germany 40 years ago stayed on and witnessed German unification at firsthand. Here are two of their stories.