The skulls belong to east Africans brought to Berlin during the colonial era for racial "scientific" research. Recently, Germany has been prompted by former colonies to return the remains of indigenous inhabits. 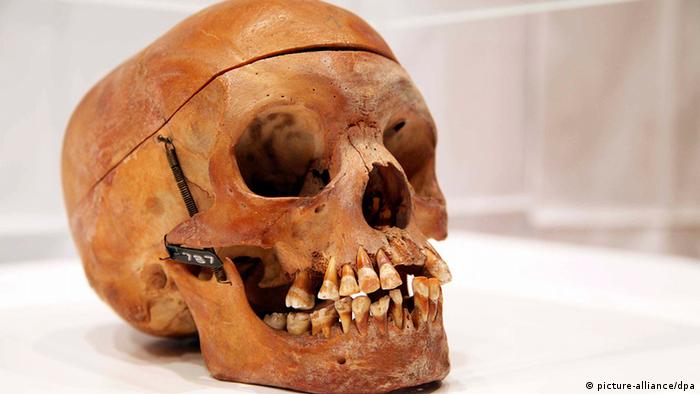 The list shows that the foundation holds more than 1,000 skulls originating from Rwanda and some 60 from Tanzania. Both countries belonged to the German East Africa colony from 1885 to 1918.

Some of the remains are believed to have come from insurgents who were killed by German troops during the colonial wars. Their skulls were subsequently sent to Berlin for "scientific" experiments.

It might have been a British colony, but that didn't stop Germans in the 19th and 20th centuries from collecting human remains in Australia. Now, the Australian government is demanding the return of indigenous bones. (01.04.2007)

The foundation has held the so-called Luschan Collection of remains since late-2011, to which the skulls currently belong. Among the artifacts, there are some 4,600 other skulls collected by researcher Felix Luschan between 1885 and 1920.

Hermann Parzinger, the foundation's chief, told ARD the organization "has no problem with returning these things."

However, the foundation has said it must still clarify if the lists of the remains correspond with population records of the time. Only following careful scientific research should the remains be handled, it said.

Parzinger's calls for a swift return have been widely echoed. Rwanda's ambassador to Berlin, Igor Cesar, said it was important that the skulls be taken out of the foundation's storage facility and returned.

Germany's former Minister for Economic Cooperation and Development Heidemarie Wieczorek-Zeul also called for the skulls to be returned. "We now require the participating universities and institutions to return these bones to the respective countries in a dignified manner," she said.

Many DW users from Tanzania have reacted to the findings on DW's Kiswahili Facebook Page, most of them apparently shocked by the discovery and demanding their return. Miraji Mwana Kibinda said that her body was trembling when she saw the skulls. "I am so hurt by what was done to our ancestors." Dismas Komba thinks that it would be better if the skulls were just buried, "because they are of no importance, but evoke bitter feelings of what happened to our people."

This is not the first time Germany has been prompted to return human remains to their respective countries. In the past five years alone, Germany has returned remains kept among its anthropological collections to countries such as Australia, Paraguay and its old colony Namibia.

Overall, Germany has handed back some 20 skulls belonging to indigenous Namibians. After ARD reported in 2008 that the skulls were still being kept at the Medical History Museum of the Charite hospital in Berlin and at Freiburg University, Namibia pushed for the restitution of the remains.