Indigenous Namibians are demanding the German government pay reparations for crimes committed during the colonial era. German troops targeted and killed around 100,000 people from the Herero and Nama communities in 1905. 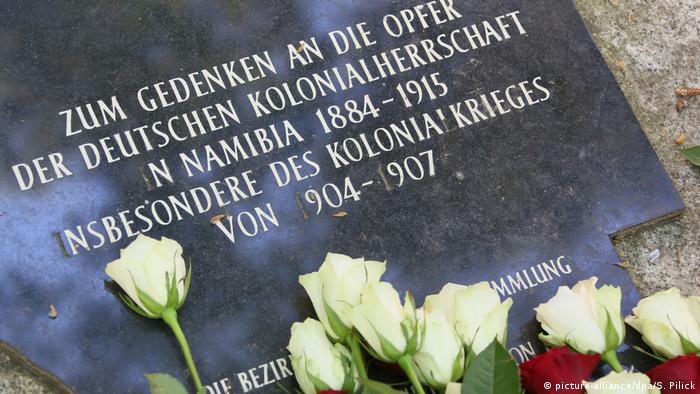 Indigenous Namibians lashed out on Friday against the German government's refusal to pay reparations for colonial crimes committed by German settlers a century ago.

Speaking at a press conference hosted by the Left Party in Berlin, Vekuii Rukoro, chief of Namibia's indigenous Herero people, said that an apology not backed by reparations would "constitute a phenomenal insult to the intelligence not only of the Namibians and the descendents of the victim communities but to Africans in general."

Germany has been in negotiations with its former colony Namibia over a joint declaration on the mass killings of the Nama and Herero people in 1904 and 1905. This would include issuing an apology for the massacres.

However, Rukoro said an apology "would represent the most insensitive political statement ever to have been made by an aggressor nation to the victims of its genocide."

The Herero delegate also demanded that leaders representing groups of victims be given a seat at the negotiating table. Until then, he and the Nama chiefs would refuse to recognize any agreement reached between Berlin and Windhoek, Rukoro said. 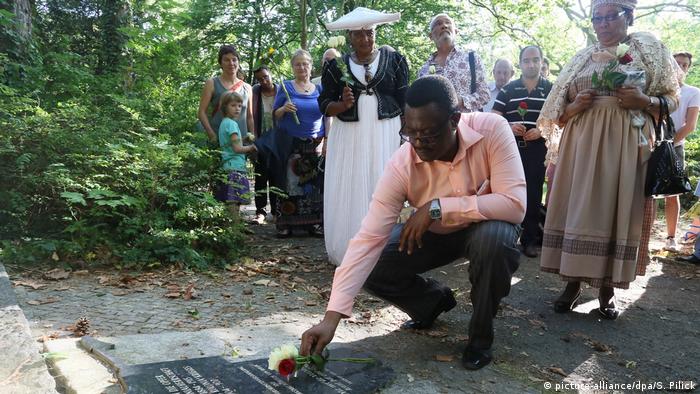 Berlin has so far refused to pay reparations, arguing that the hundreds of millions of euros it has contributed in development aid since Namibia gained independence from South Africa in 1990 has benefitted the country as a whole. Rukoro claimed that the reparation money has never reached the victims groups, as they are a minority in the country.

What was then called South-West Africa was a German colony from 1884 to 1915.

Incensed by crimes committed by German settlers, the Herero people launched a revolt in 1904, killing more than a hundred Germans over several days. The Nama people joined the revolt the following year.

German imperial rulers responded ruthlessly. Generals issued extermination orders and rounded up tens of thousands of Herero and Nama people and placed them in prison camps. Around 100,000 people are estimated to have died in the camps. Their skulls were sent to Germany for "scientific" research.

The German government has since used the term "genocide" to describe the killings. The skulls were returned to Namibia in 2011.

Solidarity from the Left Party

Rukoro had been invited to speak at the Left Party's press conference.

In a statement released on Friday, the Left Party called on the German parliament to draft a resolution that "recognized the genocide, seeks an apology and forgiveness from the descendants of the victims, and forces the German government to outline a negotiating mandate with clear targets."

Niema Movassat, the Left Party's Chairman in the parliamentary development committee, said that the victims' groups were right to demand reparations. He said that Berlin should have an "open-ended dialogue" involving the victims and provide Namibia with a "structural adjustment fund" to redress the long-term consequences of its colonial rule.

A number of representatives of the Herero and Nama people are holding a congress in Berlin over the weekend, entitled the "Restorative Justice after Genocide."

Namibian activists insist on direct negotiations with the German government over the genocide of 1904. The government says no - now the activists want to go to court. Their move is a sign that frustrations are growing. (24.05.2016)