Australia Calls for German Museums to Give Back Human Bones | Germany | News and in-depth reporting from Berlin and beyond | DW | 01.04.2007

It might have been a British colony, but that didn't stop Germans in the 19th and 20th centuries from collecting human remains in Australia. Now, the Australian government is demanding the return of indigenous bones. 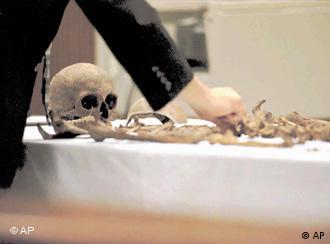 "We have approached the German authorities and are seeking to establish a legal framework for the return of remains," said Günter Schlothauer, the Australian embassy's spokesman in Berlin.

Schlothauer said that negotiations between the two countries are at an early stage. The Australian government hasn't been in contact with individual museums or institutions, he added.

Spurred on by the publication of Darwin's "On the Origin of Species" and the "Descent of Man," the great epoch of German collecting in Australia was between the 1860s and the 1900s. 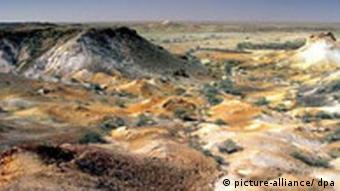 "As Darwin himself said, it was Germany he saw as holding out the great hope for the acceptance of his theories," said Professor Paul Turnbull, an Australian academic who specializes in the theft of indigenous cultural property.

Alongside plant and animal specimens, naturalists and scientists also collected Aboriginal bones. According to Turnbull, many of these came from jails and hospitals, but collectors also robbed recent graves and burial sites.

"There are many recorded examples of Aborigines fearing to die or actively protecting burial places because they feared Europeans would exhume them for skeletal remains," Turnbull said.

Sometimes collectors went to greater lengths to acquire specimens. It's rumored the famous German naturalist, Amalie Dietrich, even asked settlers for Aborigines to be shot.

There are no exact figures on how many Aboriginal skeletal remains are languishing in German museums. Some collections went missing during World War II, and in other cases, institutes lack the cash to fully document their holdings.

Then there are museums, such as Germany's biggest anthropological museum, the Ethnology Museum in Berlin, which refuse to comment on the origins or extent of their bone collections.

Amalie Dietrich's extensive collection -- then held in Leipzig's Museum of Ethnology -- was destroyed in World War II. But the museum's curator for the Australian and Oceanic collection, Brigit Schaps, believes institutions need to deal openly with these questions.

"We should cooperate -- we should discuss quite openly how to deal with material like that," Schaps said.

This view isn't shared by everyone in the museum world. There are many who argue that as new technologies evolve, new information about humanity may well be uncovered using Aboriginal remains. 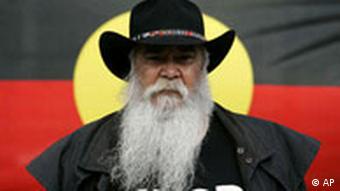 Australia already has experience in the delicate process of negotiating for indigenous remains. In 2000, the government made a similar request to Britain.

As a result, the British government passed a law in 2004 that removed the barriers for repatriation. But this doesn't mean everything has gone smoothly since then.

A few months ago, London's Natural History Museum agreed to send back 448 pieces of bones to Australia but wanted to take samples and X-rays beforehand because, they said, the bones could provide unique scientific information.

This set off a wave of protest among Tasmanian Aborigines, who said such tests were desecration and launched a court case to stop the studies. In March, the museum backtracked and said it's now prepared to negotiate.

The issue of repatriation is "unfortunately one where we have to balance up where humanity is better off by respecting Aboriginal notions of customary law, or whether the remains ultimately should be used for everyone," according to Turnbull.

But he emphasized that research should be done in cooperation with indigenous people. 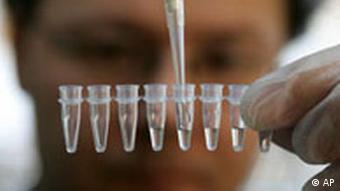 Scandals, such as the unauthorized harvesting of hearts and organs from deceased children at Liverpool's Alder Hey Children's Hospital that came to light in 1999, helped turn the tide of opinion in favor of repatriation, Turnbull added.

That started to make a lot of people think, "well, if it is good enough for us, why are indigenous Australians denied this fundamental human right," he said.

"We are not animals"

During the past few years, the Kimberly Aboriginal Land and Culture Center (KALACC) in northwest Australia has been responsible for the ceremonial reburial of human remains repatriated from Sweden as well as other regions of Australia.

"If you take the spirits away from their land that makes the country sick, and when the old ones are returned, their spirits are very happy to be back," said Joe Brown, KALACC's chairman.

But Brown added that it's not just important to lay the spirits to rest; it's also about respect.

"We are not animals -- we are humans like white people. Every human has a spiritual life and you have to respect this," he said.

Museum as the Cathedral of the 21st Century

A museum of contemporary art in the German city of Düsseldorf has been chosen as the first stop of a traveling exhibition which explores the fascinating development of museum architecture in the 21st century. (07.04.2006)

As the world recalls Nazi Germany's surrender 60 years ago, Germany's media mainly focuses on European events. But some journalists are doing their best to draw attention to developing countries' roles in World War II. (07.05.2005)

Interview with Wes Morris, KALACC's coordinator, about what the return of remains means to Aboriginal people

The Übersee-Museum has "no longer any justification" to keep human remains from colonial contexts, its director said, as she sought "righting the wrongs of the past."

The Toi moko, tattooed heads of Maori men, had been brought to the museum in 1879 and 1905. The museum said the repatriation was "a signal of reconciliation to the societies affected by colonialism."