The soft belly of consensus: Turkey and Iran's rivalry

Middle East expert Serhat Erkmen believes if the deal between Turkey, Russia and Iran reached in Moscow is implemented, the balance of power may shift in Syria. But the weak spot is the Ankara-Tehran rivalry. 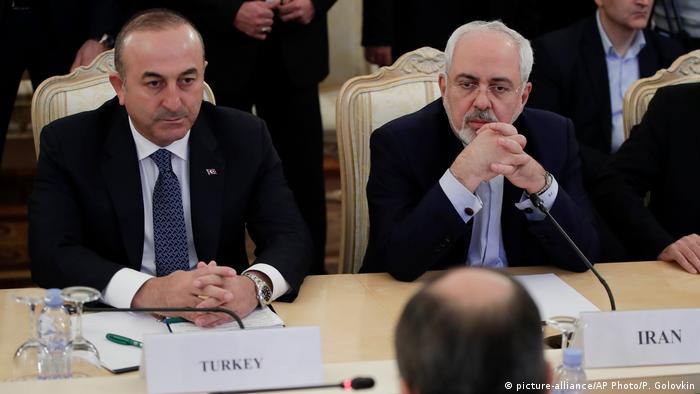 Russia, Syria and Iran agreed at a trilateral meeting in Moscow this week on a declaration that could lead to a peace deal in war-torn Syria. The most important feature of the declaration between the three countries is the possibility of implementing the plan on the ground. This factor sets it apart from all of its predecessors because the three countries are the most effective players in Syria.

Of course, having the United States at the table would've brought this consensus to another level. President-elect Donald Trump has been sending signals of reconciliation to Russia concerning Syria, however its role in conflict there has been limited compared to a year ago. The same holds true for Saudi Arabia, which has been figuratively stuck in a swamp in Yemen.

Before we analyze the details of the declaration we need to establish two critical facts. Firstly, the international balance of power has changed enormously since the war began in 2011. This affects the approach of each country. Secondly, the military balance of power on the ground in Syria has been strongly influencing the general course of the conflict. Thus, sides have been changing positions. Details of these facts can be argued but later on.

At this stage, even though the priorities of Russia, Iran and Turkey do not overlap in Syria, each player sees consensus within the scope of their own priorities. However, this doesn't mean that the war is over. 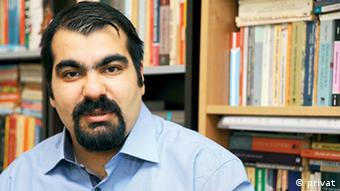 There are eight points in the declaration. Among them: The three countries will respect the sovereignty, independence, unity and territorial integrity of Syria, declare their belief that there is no military solution to the Syrian conflict, allow for voluntary evacuation of civilians and organized departure of armed opposition in eastern Aleppo, implement an expanding ceasefire and continue humanitarian assistance, facilitate and become the guarantors of the prospective agreement being negotiated between the Syrian government and the opposition, fight jointly against the so-called "Islamic State" (IS) and the Nusra Front (al-Qaeda's branch in Syria that renamed itself Fatah al-Sham Front earlier this year) and separate from them armed opposition groups.

Critical parts of the declaration

A military solution isn't possible in Syria. There needs to be a political solution. However, there are very complicated alliances on the ground. These effect the conflict as well. Russia and Iran exerting their authority may have shifted the balance of power in Aleppo but the self-declared IS capital, Raqqa, is next. Of course, the Syrian army might make a surprising and very strategic move in the northern IS stronghold of al-Bab as well. Iran and Russia may disagree on many things but they agree on turning their military advantage into political success and putting an end to talks of regime change once and for all. Furthermore, both countries view opposition groups in Idlib province as "enemies" and even "long term competitors." 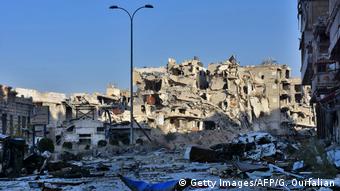 The five-year civil war in Syria has devastated the country

Without Turkey, taking Idlib may take a very long time. That is why they need Ankara's support. So, the real factor defining Turkey's role at the table is more than the Euphrates Shield Operation, aimed at clearing IS militants from Syria's border area and curbing Kurdish territorial expansion - it's the country's influence over the Syrian opposition. That is why the last point on the declaration is very important. Because if the Nusra Front and the other groups aren't separated, taking control of Idlib may take even longer than Aleppo and this may be one of Turkey's biggest problems. We'll see what kind of course will be taken in the short run. Recently, Turkish security forces have increased operations against the Nusra Front domestically. Continuation of these operations will be a strong indicator.

The Syrian Kurdish Democratic Union Party (PYD) and Hezbollah aren't named in the declaration. They are very important to Turkey and Iran. Turkey's stance that the PYD is a terrorist organization is well known. The PYD has been relying heavily on the US since 2014 and the fact that the US has been pulling back recently isn't good news for them. Of course, this declaration won't affect the PYD in the short run. However, we may be faced with a new balance of power in the long run.

Rivalry between Turkey and Iran

The weak spot in this trilateral collaboration will be the rivalry between Turkey and Iran. As a matter of fact, Turkish Foreign Minister Mevlut Cavusoglu mentioning Hezbollah at the press conference should not be underestimated. Turkey is still very uncomfortable with Iran creating a sectarian conflict in Syria and Iraq by supporting varied militias. At the moment, regional balances may have necessitated a reconciliation. Despite differences in opinion, Turkey-Russia and Iran-Russia relations point to very important collaborations. However, the same thing can't be said of Iran and Turkey. Thus the soft belly of this consensus will be the continued rivalry between Turkey and Iran.

At least 25,000 people have been moved out of Aleppo since evacuations began last week, the ICRC has said. The Syrian government has also allowed additional UN staff to monitor the rest of the evacuations. (20.12.2016)

Russia's Ambassador Andrei Karlov has been shot dead in the Turkish capital, Ankara. The attack comes amid a peak in anti-Russian sentiments in Turkey sparked by Moscow's handling of the war in Syria. (19.12.2016)

Russia, Iran and Turkey have agreed to broker peace talks between Syrian rebels and the Assad regime. Middle East expert, Meysam Behravesh, says this is an unprecedented and unique initiative. (21.12.2016)