The risk of dementia in football: A ticking time bomb?

For a long time, links to dementia were widely ignored in professional football. This has now started to change, at least in the English game, where the issue is addressed much more than in Germany. 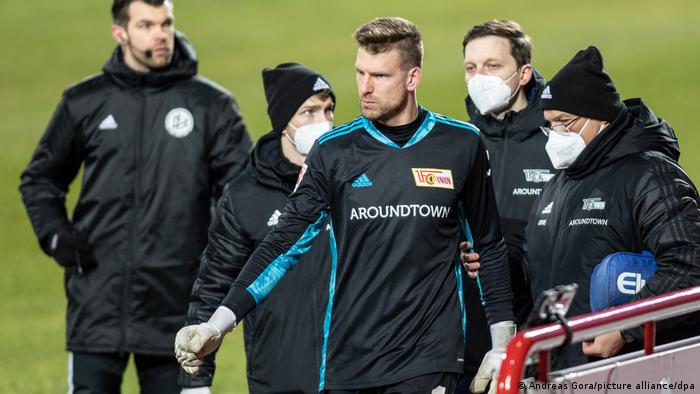 'Is there a time bomb ticking in my head?' It's certainly not just Andreas Luthe, goalkeeper for Bundesliga side Union Berlin, who is asking himself this question.

"[Scientific findings that] there is a higher risk of dementia if you have a lot of concussions to the head — whether from a header or a collision — don't leave me cold, because I've been playing football all my life," the 34-year-old said in an interview with DW. "And who can tell me that I won't have disadvantages in 30 or 40 years?"

Luthe has already been involved in high impact clashes with his head twice this year. The first time, he suffered a concussion and was taken off the pitch; the second time, he continued playing after an eight-minute stoppage.

Compared to England, there is still relatively little discussion in Germany about a possible increased risk of dementia among former professional footballers — even though there are prominent examples of ex-stars suffering from dementia: Goalscoring legend Gerd Müller, who died this year in a nursing home at the age of 75; Horst-Dieter Höttges, also a 1974 World Cup winner, who at 78 requires nursing care; Helmut Haller, who scored the first goal in the 1966 World Cup final at Wembley against England — but died in 2012.

Five players from England's World Cup-winning team of that year developed dementia, and four of them are already dead. Perhaps this is one of the reasons for the country's pioneering role in "brain health," the protection of the brains of people who play football. In December, the English Football Association (FA), the Premier League, the top two divisions of the EFL (English Football League), and the players' union, the PFA, jointly agreed on an action plan focusing on three areas: research, education and support for ex-pros with dementia.

Among other things, a care fund is to be set up, from which subsidies will be paid for the treatment of former footballers suffering from dementia.

"This doesn't mean the job is done, now the hard work really begins," the Jeff Astle Foundation said in a recent statement. "Make no mistake, the dementia crisis affects everyone in football."

Astle once played at the top level for West Bromwich Albion and was known for his aerial ability. But in 2002, suffering from severe dementia, he died of CTE (Chronic Traumatic Encephalopathy), also known as Boxer's Syndrome, at the age of just 59. This was revealed by an examination of his brain after his death. Until now, autopsy had been considered the only way to detect CTE. That could soon change though. In December, US scientists at Boston University made a breakthrough in using magnetic resonance imaging (MRI) to diagnose CTE even in patients who are still alive.

The symptoms identified by the researchers also match those on MRI images of Dave Watson. The 75-year-old former England international and captain suffers from dementia. Watson's family made his health status public last year and are fighting to have it classified as a result of his professional career.

Governing bodies in English football have announced that they will put money into further studies to have questions like these clarified: What is the risk posed by headers? Is the risk from headers lower with modern footballs than with those of the past? What risk factors increase the likelihood of dementia? How can signs of the disease be detected and treated earlier? Why do serious head injuries occur significantly more often in women playing football than in men?

"There's not a lot of data on concussions in women's sports, which is really shameful," Stewart told DW. The treatment of concussions in football, the neuropathologist said, was "all based on studies in men." In 2020, Sue Lopez became the first women's football figure to go public with her dementia diagnosis. Now 76, the former England international attributed her condition to her frequent heading.

Ten headers a week, at most

English football is also driving reform on this point. In February 2020, the FA — with the Scottish and Northern Irish associations — issued new guidelines that children up to age 11 should no longer be coached in heading and that headers should be a "low priority" for under-18 teams. Last July, the FA, Premier League and lower league associations also advised adult teams to cut back on the intensity of header training: "It is recommended that no more than 10 higher-force headers are performed in any training week." This refers to headers after long passes, crosses, corners or freekicks. 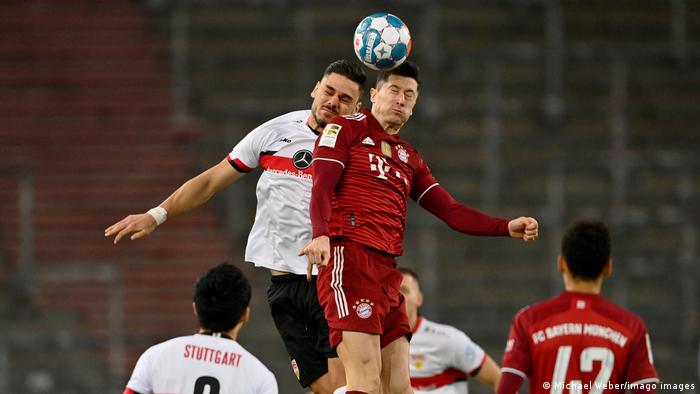 Outside England, the debate about fewer headers is stagnant. "It's a mystery to me that they're so slow to pick up on it," says neuroscientist Michael Grey of Norwich University. "The powers that be in soccer think headers are an integral part of the game." European football's governing body, UEFA, seems more focused on how to deal with serious head injuries than on preventing them. In late November, for example, UEFA published a charter on how to deal with concussions in the game. It makes no mention of dementia risk for professional footballers.

"I wouldn't say it's negligent. But it would be significant if it was made clear that there is a dementia risk," Michael Hornberger, professor of applied dementia research at Norwich University, told DW. "Of course, you don't want to scare people unnecessarily, and more research is needed to understand the link between concussion in soccer. But for the sake of transparency, this information would be very valuable for footballers."

Union Berlin keeper Luthe agrees: "More awareness is needed. I think that many players don't even know how dangerous it can be later on." For him, there is one piece of good news and one piece of not-so-good news: further evaluations by Scottish researchers led by William Stewart found that goalkeepers, statistically speaking, are no more likely to die from dementia than non-footballers. According to Stewart, defenders, who tend to head the ball more frequently, face a five-times higher risk.

The less good news for Luthe is that career length also plays a role. According to statistics, anyone who is active for more than 15 years has five times the risk of later suffering from a brain disease, including dementia, as a non-footballer. Fifteen years have passed since Luthe switched to the men's team from the junior section at VfL Bochum.