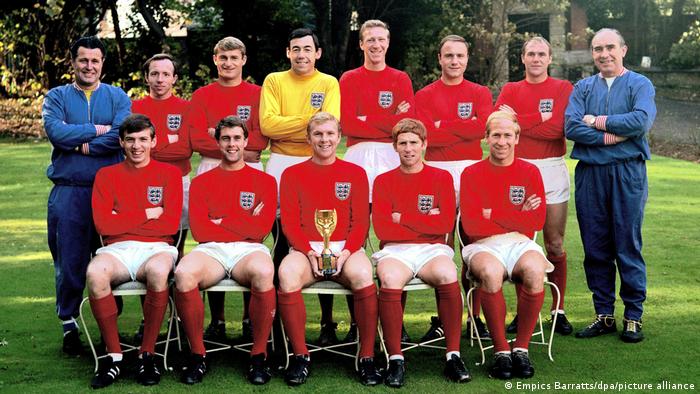 Anyone would think the legendary England team are cursed, but dementia among former footballers has nothing to do with fate or superstition.

"This is in line with our findings published last year and is no coincidence," Dr. William Stewart tells DW. "It is an illustration of the increased risk of neurodegenerative disease in professional football."

A year ago, the researcher at the University of Glasgow and his team released the results research into the causes of death of more than 7,500 former Scottish professional players. Dr. Stewart's team found that, among professional football players, the risk of dying from Alzheimer's, Parkinson's or other related diseases is three-and-a-half times greater than it is for the general public.

'His job killed him … football should be acting now'

Dawn Astle feels Bobby Charlton's family's pain. She experienced firsthand how difficult it is to go public with what is a very private matter when her father, former FA Cup-winning West Bromwich Albion striker Jeff Astle, died in 2002 at the age of just 59 having suffered from severe dementia.

"He's a husband, a dad, granddad going through this brutal disease," Astle tells DW. "But when families from these iconic teams speak out in this way, it does provide extra momentum."

Jeff Astle was a center forward who was known as a strong header of the ball. He died of Chronic Traumatic Encephalopathy or CTE, a neurodegenerative disease caused by repeated head injuries which has largely become associated with American football players. It can only be diagnosed after the sufferer has died.

"The pathologist described how badly damaged my dad's brain was. It looked like the brain of a boxer," Astle recalls. "And he said that the main candidate for this trauma was heading footballs. The verdict was occupational disease. In other words, (it was) my dad's job that killed him."

At the time, the matter was simply "swept under the carpet," says Astle, who five years ago established The Jeff Astle Foundation, whose aim it is to raise awareness of brain injuries and support those dealing with their effects.

"The data's out there. Now we know there's this huge, huge risk to footballers. Football should be acting and acting now." 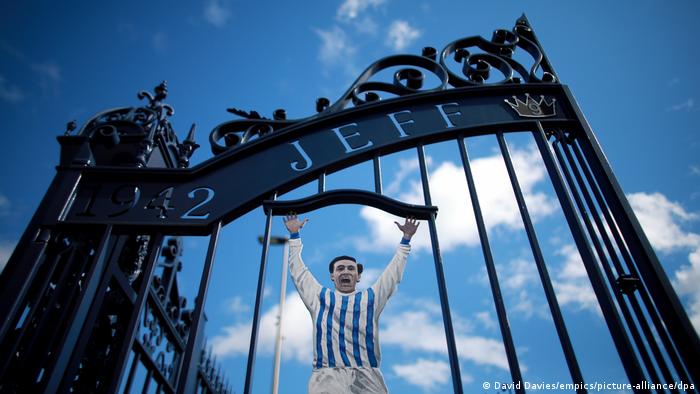 From Puskas to Müller: 'A global issue in a global game'

In February 2020, the English Football Association (FA) issued new guidelines recommending that children of aged 11 years or younger no longer be taught to head the ball in training. Elsewhere in Britain, the Scottish and Northern Irish FAs quickly followed suit. However, these are only three of FIFA's 200 members.

"So far, this global issue in a global game doesn't appear to have stretched further than the UK," Glasgow neuropathologist Dr. Stewart laments.

His frustration is understandable, after all, it's not just in England where there are many known cases of former football players stricken by the disease.

Take Hungarian legend Ferenc Puskas, star of the "Magic Magyars" and Real Madrid in the 1950s and 1960s, who died of Alzheimer's disease in 2006 as an example. Then there was Hilderaldo Bellini, captain of the Brazilian team that won the 1958 World Cup; he was diagnosed with CTE after his death in 2014. Jose Luis Brown scored the winner for Argentina in the 1-0 victory over the Netherlands in the 1978 World Cup final. He died of Alzheimer's disease at just 62 in 2019.

Germany is also no exception either, with Gerd Müller and Horst-Dieter Höttges, both members of West Germany's 1974 World Cup-winning side currently having to be cared for in nursing homes. Then there was Helmut Haller, who scored the opening goal in a losing cause in the final against Bobby Charlton and his 1966 World Cup-winning squad. He died suffering from Parkinson's disease and severe dementia in 2002. 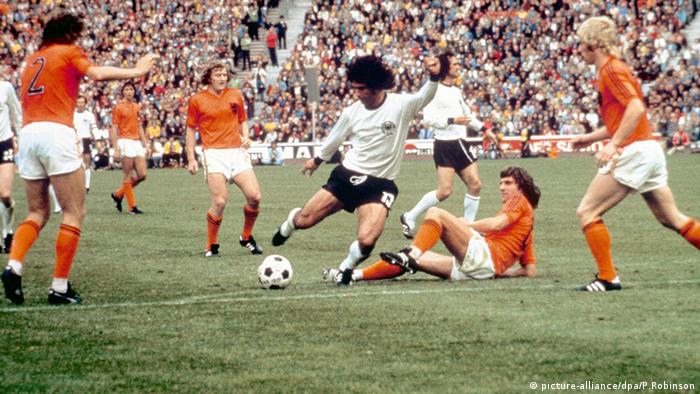 While the Bundesliga has introduced new measures to treat head injuries, the German Football Association (DFB) has declined to follow the English FA's lead on banning headers for players under the age of 12, arguing that heading training is only recommended for youngsters aged 13 and over anyway. The scientific data supporting a ban isn't terribly strong either.

"There still isn't any proof that frequently heading a ball necessarily leads to CTE and dementia," says Ingo Heimelt, who specializes in sport-related concussions at the German Sport University in Cologne. "But the more studies establish a connection, the more serious the situation becomes."

However, according to Professor Inga Körte of the Ludwig-Maximilian University in Munich, it's still unclear whether it makes sense to ban players under the age of 12 from heading the ball.

"Children under 12 hardly head the ball in the first place, teenagers do so more frequently," Korte tells DW. "In our studies, we have found indications of changes in the structure of the brain and its functionality in teenagers."

According to Körte, a more general European study on the issue involving around 130 teenagers is currently underway, with the results expected in a few months' time. 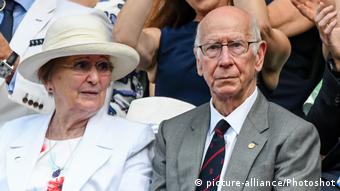 Sir Bobby Charlton with his wife Norma at Wimbledon in 2018

Clearly, research into the topic is in its infancy.

"It is difficult to determine how many headers it takes to cause dementia," Ingo Heimelt of the German Sport University in Cologne says. "There is still no clear red line. This is the kind of number that we need."

But the sports scientist certainly doesn't see banning headers for players 12 and under as a panacea.

"At the moment, I too would advise against training headers. On the other hand, I also see the danger of injury for someone who hasn't been trained in how to head a ball properly. This begs the question as to whether not training headers could actually lead to other negative effects."

William Stewart disagrees, especially when it comes to professionals.

"Cutting back heading training is a smarter proposition – to reduce unnecessary impacts in training – than a fantasy hypothesis that there is some 'magical ninja' heading technique that has so far not been found but is still out there to be discovered," he says.

Dawn Astle and her foundation also advocate a reduction of the training of headers among adult players and are hoping that Sir Bobby Charlton's diagnosis will help focus more attention on the issue.

"The 1966 England team remains the ultimate in British football. It's our greatest ever, our most iconic and most successful (team)," she says.

"To have five players diagnosed with dementia might sound staggeringly unusual. But I'm afraid that there are other football teams up and down the country where those statistics are just the same."