The Netflix series "The Queen's Gambit" is a global hit. Although the story is fiction, Hungarian player Judit Polgar was a real-life prodigy. 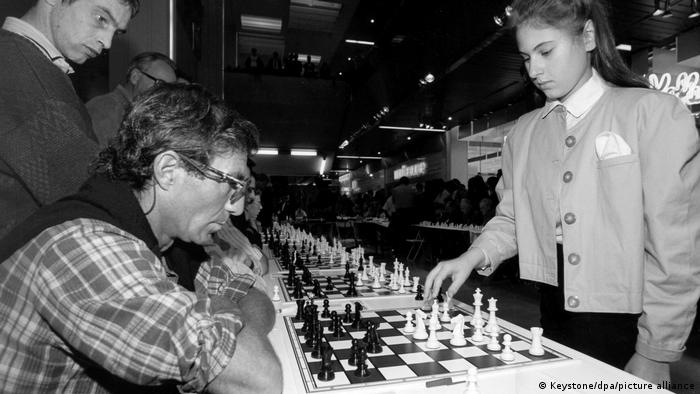 Hailed as a prodigy, Polgar is shown here playing 50 people simultaneously in 1989

If you like pomp and circumstance, chess is not the sport for you. The last world championship took place in a former art college in London; the one before that in a renovated New York fish market. For decades, chess was considered a marginal sport, popular only with nerds. The media paid little attention to it.

But this seems to be changing thanks to the Netflix series The Queen's Gambit — the title refers to a frequently played chess opening.

The story of the young orphan from the US, Beth Harmon (played by Anya Taylor-Joy), who turns the male-dominated chess world upside down has struck a chord with millions of viewers. The popular show is now breaking records on the streaming site.

Beth Harmon's rise to fame is nothing more than fiction. The series was penned by the US writer Walter Tevis, based on his 1983 novel of the same name.

In real life, the situation is different: Only one woman is currently among the top 100 in the chess world rankings. A woman has never won the world championship. 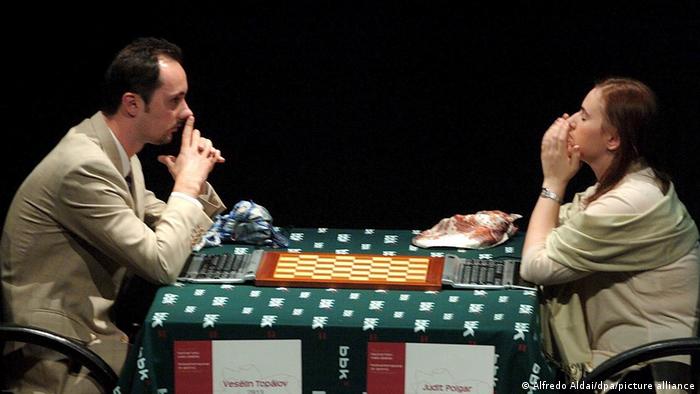 But there were and are female chess prodigies.

No one has come closer to the top than Hungarian Judit Polgar. At age 11 she beat a chess grandmaster for the first time, and at 15 she herself was the youngest person to ever receive this title.

Later, she played her way up to eighth place in the world rankings. To this day, she remains by far the most successful female chess player of all time. In 2014, Polgar retired from the tournament business.

Today the 44-year-old rarely plays chess, but the black-and-white board continues to shape her life: She trains the Hungarian men's national team, gives master classes, is a commentator on major tournaments and has developed her own chess program for students.

Sexism in the 'The Queen's Gambit' is hardly an issue

"I had some déjà-vu feelings while watching the series," Polgar told DW. She said the body language and the moves are very realistic in The Queen's Gambit.

However, Polgar thinks that the series does not deal enough with the dark sides of being a woman in the chess world. The men always treat the up-and-coming Beth Harmon with respect and recognition, without any sexist slogans. "In real life it is more difficult for ladies to excel in such an environment," she points out. Her male opponents often couldn't admit that they had lost to a woman. Phrases like "you're good for a girl," and excuses such as "I had a bad day" were heard repeatedly. Some opponents would even leave the board after a defeat without shaking her hand, as is customary. 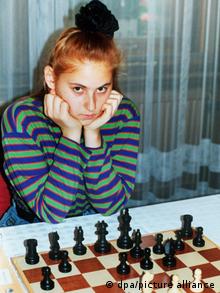 The conviction still persists, especially among male chess professionals, that women are simply not able to keep up with men. In the 1970s, American chess prodigy Bobby Fischer said he thought women were too "weak" and "stupid" for chess.

The long-time Russian world chess champion Garry Kasparov said in 1989: "Women, by their nature, are not exceptional chess players: they are not great fighters." Kasparov, who was involved in the production of The Queen's Gambit as a technical adviser, has meanwhile retracted his statement.

Nevertheless, such views are still widespread in the chess world. Judit Polgar thinks they are nonsense. "Because I could do it, I believe other women can do it too," she says. She believes that the gender inequality is mainly due to the fact that girls receive less encouragement at a young age than boys.

The Polgar Sisters: a successful 'experiment'

It was completely different in the Polgar family. Judit and her older sisters Zsuzsa and Zsofia were intensively encouraged to play by their father from an early age. Laszlo Polgar was convinced that his method could make every kid a child prodigy. He homeschooled his daughters, rejecting the public school system.

The three girls studied chess particularly extensively. Their father believed that intelligence could be best measured through learning the game. For Judit and her sisters, this meant seven hours of chess playing per day. They had few friends, but she says it was never a problem for her. Her sisters and the few children she knew from playing chess were her "real friends" and were enough for her.

This method, which her father called his educational "experiment" and which she prefers to call a "special lifestyle," was successful in any case. Judit and her sisters became internationally successful chess players. "I could only get this far because I had the expectations and support of my parents, regardless of my gender“," Judit Polgar says today. She does not want to continue the "experiment" on her own children, however. They go to an international school in Budapest. 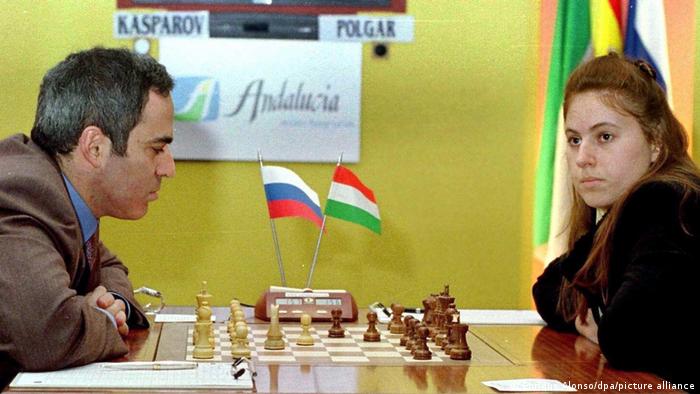 Polgar plays against Russian grandmaster Garry Kasparov, who once said chess wasn't a sport for women.

Chess as part of the school curriculum

Polgar is convinced that chess plays an important role in a child's education. In the past five years, she has developed two textbooks and a training program for preschool and primary school children. Through chess they should learn skills "for life," such as creativity, logical thinking, responsibility, as well as mathematics and reading. "We don't make any distinction between boys and girls of course," Polgar assures.

The program has gained recognition and is now part of the national curriculum of Hungarian elementary school. In 2024, the Chess Olympiad will take place in her home city Budapest. She already has a young talent on her mind who will be competing: Hungarian Kata Karacsonyi. She ranks number one in the world in the under 14-year-old category.

After the success of The Queen's Gambit, however, it's possible that more female chess stars will soon storm the top of lists.

After a series of tense draws over the last few weeks, reigning champion Magnus Carlsen stepped up to win 3-0 in the deciding tiebreakers on Wednesday in London. The Norwegian has held the world title since 2013.