'The legendary Garry Kasparov was a competitive beast!'

Garry Kasparov, Magnus Carlsen, Levon Aronian are just a few of the top chess players David Llada has photographed. Ahead of the World Chess Championship, he discussed with DW how chess combines sport, art and science.

On March 10, eight world-class chess players will go head-to-head at the Candidates Tournament for the 2018 World Chess Championship Match. After nearly three weeks in Berlin, there will only be one winner selected to meet reigning champ Magnus Carlsen of Norway in London on November 28, 2018.

David Llada is a photographer and chess player. Ahead of the tournament, he's captured all eight of the participants (see picture gallery above).

DW's Klaudia Prevezanos spoke with him ahead of the tournament in Berlin.

DW: You took and take pictures of chess players — professionals and non-professionals: Why?

Llada: Ever since I learned how to play chess, I thought it was a wonderful game. I got very enthusiastic about it and shared that enthusiasm with everyone around me. I taught my parents how to play, I taught many of my classmates… Very soon, teaching chess had become my first paying job; then, I became a chess journalist. Nowadays, I have another job, but photography has allowed me to stay in contact with chess. It is just another way to divulge the game. 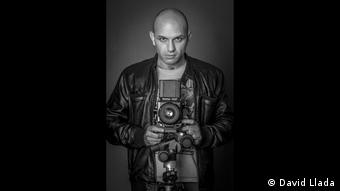 What is the challenge of photographing "non-moving thinkers" (a phrase drawn from the title of your recently published photobook) sitting at a chessboard?

Definitely it is not the most difficult kind of photography from a technical point of view. But there are always some little difficulties: I work with very low light, and I have to be very quiet in order to not distract the players. However, the main challenge is to create something visually attractive with so few elements and so little movement. Competitive chess is very intense, the tension the players feel is enormous — even in amateur events! That's what I try to grasp. It is not so easy.

Chess is not a major sport, but it is very global: it is played virtually everywhere in the world. So I got to travel to some exotic places in recent years: from Iran to Brazil, from Kenya to Kazakhstan.

How do the chess players usually react when you want to photograph them — are most of them happy about that?

They don't really react; they are normally way too focused in their games. Plus, I try to pass by unnoticed. If they reacted, that would mean I am doing something wrong, I believe. I move slowly, I don't make any noise.

But after the games, or when the tournament is over, I can tell they are happy with my photos. Photography is a very rewarding job, everybody likes to have a good photo taken! 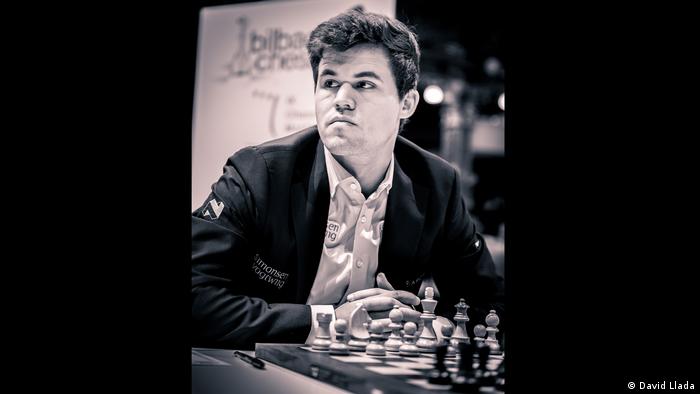 Chess is officially a sport, but isn't it also an art? Or something different?

The beauty of chess is that it combines elements of a sport, an art, and science. And different people have different approaches to the game. A guy like Levon Aronian is definitely an artist. Vladimir Kramnik is without a doubt a scientist. And the legendary Garry Kasparov was a competitive beast!

What does chess mean to you?

I was never a serious player; competitive chess is very demanding and stressful. I very much prefer to go through the games of the Grandmasters, with their commentaries, published in books and magazines, and enjoy it like a mere spectator.

But chess has played a very important part in my life. It helped structure the way I think, the way I plan and make decisions. It taught me the beauty of the ideas. And that's why I am an advocate of teaching chess to children at an early age.

Do you teach your daughters how to play chess?

Yes, but I try not to push them towards the game. The older one was very precocious and learned how to play when she was only three years old; then she lost interest, and now she is regaining it. She even wants to play some tournaments. My younger daughter is just three and she started asking me to teach her how to play. So our next summer holidays will probably involve a portable chess set. 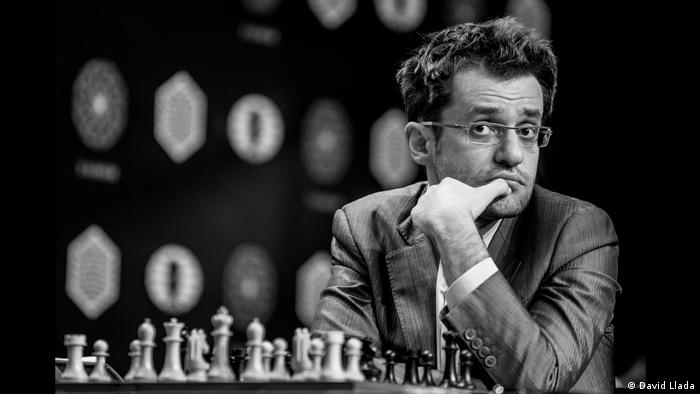 Who do you think will win the Candidates Tournament for the World Chess Championship Match in Berlin to play against World Champion Magnus Carlson in November in London?

All eight players here are very strong, so anything could happen. I have the feeling that this is Levon Aronian's time: it would be hard to believe that with such enormous talent as he has, he would not get to play a World Championship Match. It is about time he gets the opportunity he deserves. He is also a close friend of mine, so his victory in Berlin would make me very happy.

I wouldn't rule out the possibility of Vladimir Kramnik winning the event, too. He is the oldest player, and he has had some health problems, and that could affect his performance in such a long tournament. But he is currently number three in the world and he is very experienced and solid. He is the only human being to have defeated Garry Kasparov in a match, enough said! 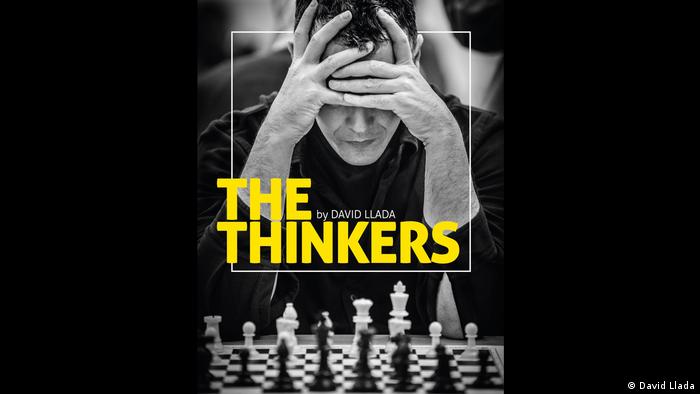 Cover of the book "The Thinkers" by David Llada

David Llada worked as a journalist before becoming a business adviser. Chess and photography are serious hobbies for him, even sometimes a side job, he says. At the end of 2017, Llada published the photobook "The Thinkers" by Quality Chess Publisher. Llada was born in 1978. After traveling a lot, he now lives in San Sebastian in his native Spain.

The "Mozart of Chess"

World Chess Champion Magnus Carlsen will be defending his title in November. One of these eight challengers will go head-to-head with the Norwegian. They first have to win the Candidates Tournament in Berlin. (07.03.2018)