Who exactly is Meghan Markle, the 36-year-old fiancée of Prince Harry? With one month to go until the wedding of the year, a new biography on the American actress-cum-future princess's life hits the bookshelves. 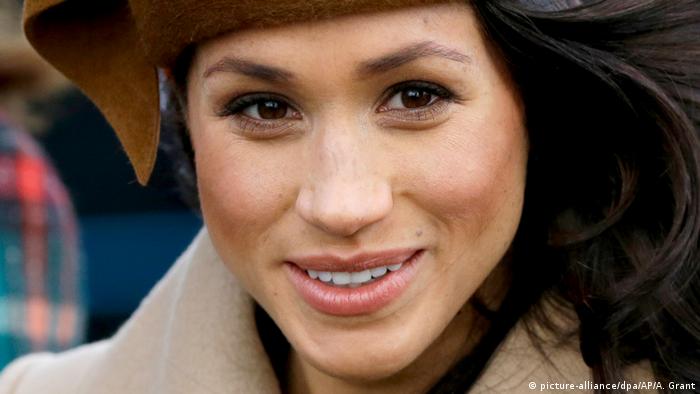 Meghan Markle has captured the imagination of young wannabe princesses around the world: An attractive young woman, who has dug her way into the heart of Britain's most eligible bachelor, is transforming the way many people perceive the age-old institution of the Royal Family.

Celebrity biographer Andrew Morton, who has chronicled the lives of several members of the Royal Family including Princess Diana and her son Prince William, says in his newly published biography on Meghan Markle, entitled "Meghan — A Hollywood Princess," that she is bringing "star quality" to the monarchy — something he also refers to as the "Markle sparkle." 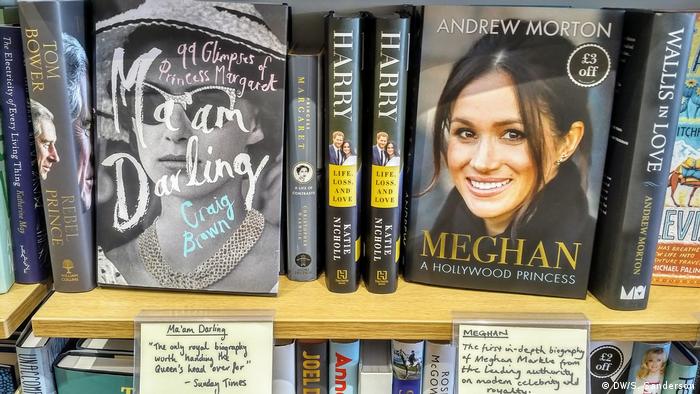 "Meghan is an exciting and genuinely charismatic addition to the Royal Family — she makes the House of Windsor seem relevant again," Morton says about Markle.

"She will complement her husband and the august institution she has married into, bringing a freshness, diversity and warmth to the chilly corridors of Buckingham Palace."

And he might just be right: If you scratch a little underneath the surface of Meghan Markle's Hollywood credentials, you will see an intelligent and devoted defender of human rights in addition to the gifted and driven actress. But how did Meghan Markle become such a multifaceted young woman?

In his book, Andrew Morton highlights the major stages of the 36-year-old's life, whose background and upbringing were anything but average — and whose upcoming role as a member of the Royal Family might just be the greatest role she has had to play in her life.

Not just a pretty face

Growing up biracial with her parents divorced early on into her life, Rachel Meghan Markle had to learn how to assert herself and stand up for her values. She staged a protest at her school against the first Gulf War in 1990, and just two years later she wrote a letter of complaint to Procter & Gamble in response to an ad campaign, which inadvertently cast women as belonging in the kitchen to do the washing up.

Aged only 11, Meghan Markle told the consumer goods giant that she wished to see a world of equality, where the value of women wasn't confined to domestic life. "I don't think it's right for kids to grow up thinking these things, that mom just does everything," she said at the time. She thereby contributed to having the wording of the TV ad changed to sound more inclusive. Markle's campaign even got her on the news, perhaps foreshadowing her future on the silver screen to come.

Andrew Morton emphasizes that it was also because of her mixed-race background that Meghan Markle displayed "a readiness to view the world from different perspectives, from both sides."

"Meghan's letter-writing campaigns, her interest in current affairs, her purposeful travelling and gender awareness, were all of a piece with a young girl embarking on a journey where feminism could coexist with femininity," Morton writes in his biography.

Meghan Markle's parents and teachers realized early on that the young girl was strongly driven by her social conscience, and looked up to those who were devoted to making a change — especially women. One of those role models in Markle's life apparently was Princess Diana of Wales.

In his biography, Andrew Morton says that Meghan Markle cried when images of Princess Diana's funeral were broadcast around the world, as did thousands of people around the globe. But with Meghan Markle, that moment may have hit a particularly sensitive nerve, as she reportedly admired the Princess of Wales throughout her teenage years.

Morton says Meghan "was intrigued by Diana not just for her style but also for her independent humanitarian mission." Both Meghan Markle and Princess Diana have indeed stood out for their care and compassion, but Morton's biography takes those parallels even further:

"It is interesting that those who taught her, or knew her, spontaneously mention the 'D' word in the same breath as Meghan," Morton writes. "Comparisons with Diana are inevitable."

"Similarities can been seen in her broader humanitarian work and popular, glamorous appeal." 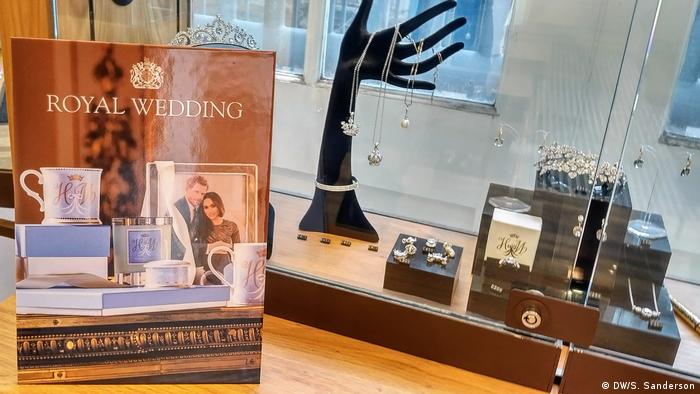 A childhood friend of Markle's, Ninaki Priddy, is even quoted in the book as saying that Markle "wants to be Princess Diana 2.0."

Whether or not Markle will live up to those standards is yet to be seen, however, with a series of public and private charitable appearances in recent months, Meghan Markle looks set to make headlines for more than just her classy outfits.

The other side of Meghan Markle

However, Morton also stresses a key difference between Diana and Meghan Markle: "She is a woman who is camera-ready, not camera-shy."

"In some ways, the groomed and camera-ready Miss Markle was the woman that Diana always strove to become."

The camera clearly loves Meghan Markle, but Meghan Markle also loves the camera. Her four-season stint on the successful TV series "Suits" proves that she is a confident actress, who knows how to present herself in the best possible light — a skill the Markle picked up early on growing up in Los Angeles in the shadow of the glamour of Hollywood.

But Morton's book also alleges that along with bringing her global success, her stardom also resulted in her turning more shallow: He stresses that Markle has come to be extremely protective of her personal brand, writing, "a networker to her fingertips, she seemed to be carefully recalibrating her life, forging new friendships with those who could burnish and develop her career."

Morton's biography suggests that this was also the reason for Markle ending her first marriage with film producer Trevor Engleson. Thus, Morton's account of Meghan Markle's life and her motivations also sounds cynical at times — and perhaps justifiably so. But Morton also repeatedly acknowledges Markle's strong sense of right and wrong, presenting Markle's ambitions in context: "This is at heart an old-fashioned story of local girl makes good." 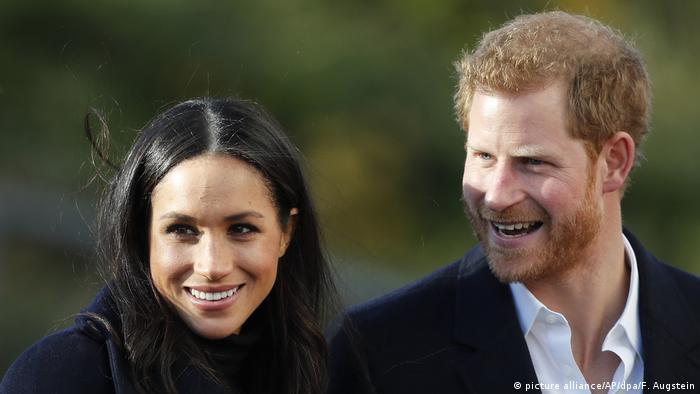 Whatever resulted in Meghan Markle's divorce continues to play a major role in the discourse about her upcoming nuptials with Prince Harry. Former British MP Ann Widdecombe publicly criticized Markle as not appearing to be "prepared" for the role of the wife of a highly-ranking member of the Royal Family. However, those comments hit a sore point with the House of Windsor.

Meghan Markle will be the "first divorced biracial American to take her place in the House of Windsor," Morton writes, stressing that in doing so, she "will be making history."

Both race relations and divorce have been contested issues in the Royal Family, with historic events such as the abdication of Edward VIII or Prince Charles's reluctant marriage to Diana have shown in the past. Accepting Meghan into the fold of the Royal Family is seen as the latest exercise in the past 20 years to modernize the House of Windsor and its reputation.

A 'royal' after all

Meghan Markle's marriage to Prince Harry highlights not only the more liberal approach to divorce the Royals have taken since Prince Charles's second marriage to Camilla Parker Bowles in 2005, but also a more relaxed attitude towards race relations. 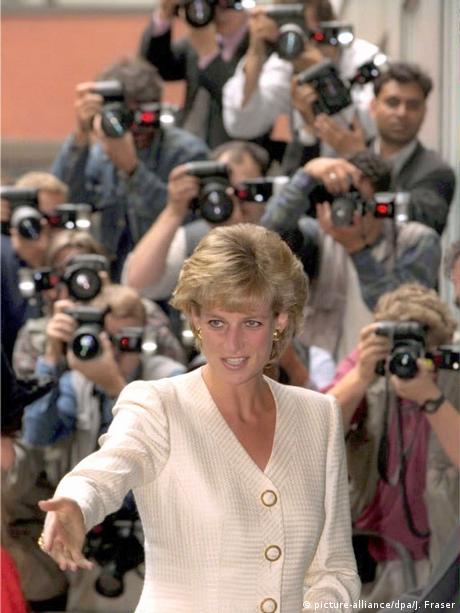 Over a century ago, Queen Victoria's friendship with her Indian attendant Abdul Karim caused a major scandal at the royal court — to a point that nearly all documents pertaining to Abdul Karim's existence were destroyed upon Victoria's death. These events were recently dramatized in the 2017 movie "Victoria and Abdul," featuring Judi Dench and Ali Fazal in the lead roles.

But the times have changed since the Victorian era — even within the inner circles of the Royal Household, with reports suggesting that Meghan Markle was warmly welcomed by her future in-laws during Christmas last year.

In one point, however, Meghan Markle has failed to stand out. Though technically a "commoner," Meghan Markle's paternal bloodline actually goes back to King Robert I of Scotland, who reigned in the early 14th century. Morton also quotes a genealogist, saying Markle is a 24th generation descendant of Edward III, who ruled England during the 14th century. In fact, Prince Harry and Meghan Markle, it would appear, are "very, very distant cousins."

Regardless of race, Meghan Markle's blood appears to run at least a little bit blue.