Germany now has a federal ministry for "Heimat." But what does "homeland" have to do with German cinema? DW spoke with a film expert about how Germany's struggles with national identity have played out on the big screen.

In the aftermath of World War II, Germany was a destroyed and divided nation that struggled to redefine its national, cultural and family traditions, especially its sense of "Heimat." The word roughly translates into "homeland," and its concept had been utilized by the Nazis as part of their murderously exclusive nationalist campaign.

The postwar search to redefine "Heimat" was on display in the 1950s through a new genre of so-called Homeland Films. This evolving German cinema also reacted to the rapid postwar lifestyle changes that were dissolving the structures that had defined homeland.

DW: You have explored the German film genre known as "Heimatfilm" (literally translated as "Homeland film") in great depth. The word "Heimat" itself has no single unified definition, but it often carries connotations of cultural identity associated with place. The southern German state of Bavaria prides itself on its unique cultural identity. Do you think Bavarians, like Horst Seehofer, actually have a different relationship to and understanding of the word "homeland" than other Germans?

Gerhard Bliersbach: Yes, it's certainly possible that Bavarians — particularly those living in the countryside in Lower Bavaria — are more strongly rooted in the idea of "Heimat" on a day to day basis. But I think it's different in the big cities. And the idea of "Heimat" has also been watered down. It's disappearing.

I ask about Bavaria because most of the "Heimat" films from the 1950s were set in the mountains of Bavaria, or in Austria.

Yes, but not exclusively. Lots of films were set on the Lüneburg heath in Lower Saxony or along the Rhine river. The 1950s film crews often traveled around a lot.

What did the German post-war "Heimatfilm" deal with? A common interpretation is that they served as a distraction for people in the aftermath of World War II. People went to the cinema to forget; they wanted to see beautiful nature, scenery and melodramatic stories.

I think that interpretation is too superficial and underestimates the films. If you look more closely at them, you can see they actually tend to sketch out life moments of great change: stories of young people who are trying to break away somehow, to go somewhere else, who then build relationships, distance themselves again and once again come back, resulting in conflict. 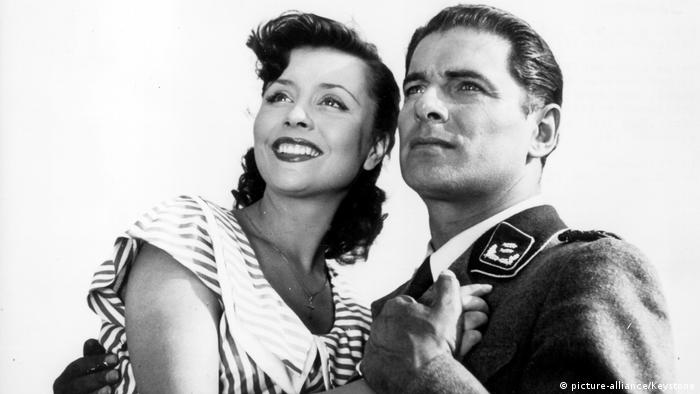 Sonja Ziemann and Rudolf Prack in 'The Heath is Green' (1951)

After the widespread destruction [of the Second World War], which also destroyed cultural and family traditions, I think the plan was simply to start off with the family in a village setting.

At the same time these films were a great lament about the huge loss that the protagonists carried with them – just look at "The Heath is Green," for example. In this sense, the "homeland" becomes a sort of blueprint in an uncertain world. It's also a return to something.

"Heimat" films were also made during the New German Cinema period in the 1970s and 80s. There were a few critical films, such as those by German filmmaker Herbert Achternbusch. He's also from Bavaria, but took a very different view of his homeland.

This film obviously picks up on intra-family or psycho-social dramas – chasms which open up as soon as you describe social relationships and family structure in more detail. Then [the homeland] looks different, of course. But in the films from the 1950s, it was obviously very much about reconciliation, about sorting out family ties — what actually still holds or may hold. 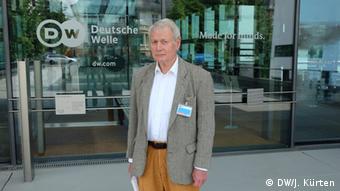 Gerhard Bliersbach is an expert in the German 'Heimatfilm'

That idea could still play a big role today. For various reasons, many people fear foreigners and refugees coming into Germany. Perhaps there will be new homeland films based on a longing for old times?

I can't really see how that would happen, or what those kinds of stories would look like. It is probably that deep-seated feeling of not knowing who we are or where we belong. It was for this reason that the German Republic's first conservative government after the Second World War was very anxious to make the country socially acceptable again and to lead it into the European alliance.

Since then we Germans have been searching for something. We import aspects of everyday culture from Italy, France, Spain, Great Britain and now Turkey. It's a big hodgepodge of everyday cultural elements that we try to welcome and live by. But the result is not quite coherent.

It's interesting that in the film world "Heimat" is connected with nature and the countryside, and not with cities. Does this have a kind of maternal appeal after the chaos of the war?

Yes, in the conscience of the German Republic, the term "Heimat" is reminiscent of something maternal. It's the place of longing to which one returns. Actually, the homeland really starts to become meaningful when you think back over your life: Where did you settle? Where did you live your adult life? And then you are suddenly looking back on old times, old surroundings, which is very much characterized by the maternal.

Gerhard Bliersbach is a psychologist, psychotherapist and author. His book "So grün war die Heide. Der deutsche Nachkriegsfilm in neuer Sicht" ("The Heath was so Green: A new perspective on German postwar cinema") was published by Beltz in Weinheim, 1985.

The German contribution to the 2016 Architecture Biennale in Venice aims to send a political message: This is a country of immigrants. How does a culture of openness translate into architecture? (30.05.2016)

The Bavarian Alps – From Summit to Summit

There are some spectacular views to be enjoyed in the Bavarian Alps- especially from the Skywalk AlpspiX on the Alpspitze slopes, or from the walk-in telescope near Mittenwald in the Karwendel mountains. (23.09.2013)

In a slight to German Chancellor Angela Merkel, new Interior Minister Horst Seehofer said Islam is not part of German culture. His comments underscore his efforts to push the government to the right. (16.03.2018)