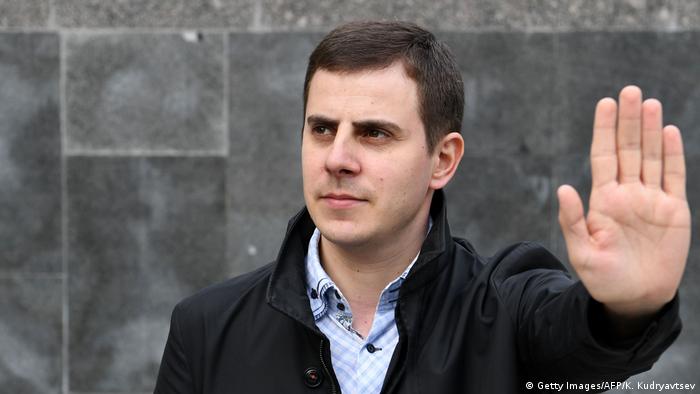 CSKA Moscow fan Robert Ustian (pictured above) was understandably upset when his club lost 5-1 away in the Champions League to Italian giants Roma in September 2014. But what came as an even greater shock him at the time was that that fellow CSKA fans attacked police officers, threw fireworks, chanted racist songs and displayed Nazi symbols during the match. Looking back, Ustian says, he and his friends felt that these violent, xenophobic fans were giving a bad name to all CSKA supporters. "We were like their hostages, and we had enough of that."

So the 34-year-old Ustian began taking to social media and writing blog posts against xenophobia in Russian football. He also got his friends together and founded a grass-roots anti-racism initiative. Four years have passed since then — and the group remains the only one of its kind in Russian football today.

Football fans can be tolerant, too

In the run up to this year's Wold Cup, plenty of international media outlets have highlighted the the issues of hooliganism and neo-Nazism that plague Russian football. Their reports often reflect on the violent clashes at the 2016 European Championship in France, on swastika flags at Russian league games and a Russian manifesto glorifying "white heroes." But little attention is afforded the underlying causes of all this. Racist prejudices are a problem throughout much of Russian society today, which explains why some particularly radical far-right football fans feel almost encouraged to express racist and xenophobic sentiments. The question is: Will anything change with global attention now turned to Russia during the World Cup? 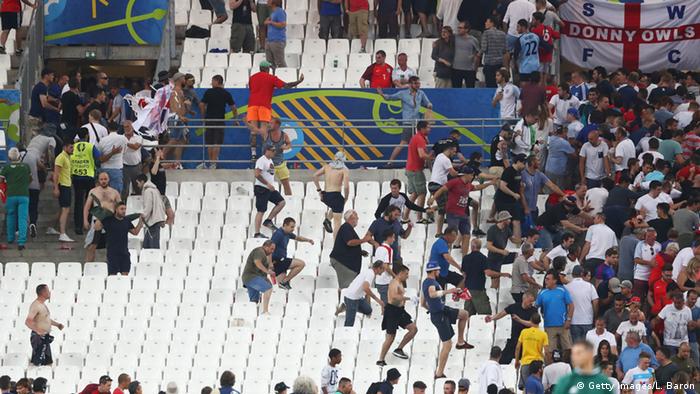 Ustian grew up in the Abkhazia region of northwestern Georgia. After the collapse of the Soviet Union, Georgia gained independence. The country was soon embroiled in severe political instability and Ustian's family found itself struggling financially. Becoming a supporter of CSKA Moscow, he explained, provided a distraction from all the chaos. He later studied economics, began to travel and ultimately settled in Moscow — because of his passion for football. Ustian stressed that being a fan does not have to mean ostracizing others. For football supporters, "tolerance and internationalism can also create a sense of identity," he said. But unfortunately, not many Russian fans share his view.

For years, international football governing body FIFA has been aware of the problem of racist fans. In 2013, FIFA teamed up with the Football Against Racism in Europe (FARE) network to train observers to document instances of racism during football matches. In theory, referees are asked to halt games when fans chant or display racist slogans. There is also speculation that if during World Cup matches players are subject to racist abuse, they would make a point of leaving the pitch — as Ghanaian midfielder Kevin-Prince Boateng famously did in 2013 during a club match for AC Milan. Yet so far, there has been no such protest during previous European or World Cup international fixtures.

Read more: For many Russians, the World Cup is so close and yet so far away

It is to be expected that the glamour of the World Cup will overshadow the xenophobia and racism prevalent in Russian football culture. Expensive tickets mean average Russian football fans will most likely not watch the matches in person — and die-hard ultras, who are often right-wing, care little for huge footballs events.

"It was not easy to convince football functionaries to do something to prevent xenophobic incidents," said Elena Erkina, a sociologist from St. Petersburg. She was the first woman to be appointed to the Russian Football Union's security committee, where she has been advocating for measures to create a welcoming atmosphere for international guests.

Russian lawmakers, meanwhile, have largely preferred a more hands-on approach to violent and racist fans. Certain supporter groups were banned, data collection was introduced and authorities paid visits to known football hooligans to issue warnings. Although in recent times, there seems to have been a certain rethink. The Kremlin has since hired a PR agency to promote a favorable image of Russian football, and on cold days, fans are provided with warm blankets, tea and sweets.

"We need to keep the next generation in mind," said Erkina, who intends to stage workshops and fan tournaments during the Wold Cup. "Many young fans are left to their own devices. They have no clear worldview and are often easily indoctrinated by far-right extremist groups." She added that she wants to help youngsters realize that they can be tolerant footballs fans, too. "But this work takes time and money."

Racism not the only problem

Erkina stressed that racism is not the only problem in Russia today. The country is home to hundreds of different ethnic groups and is still struggling to find a single, shared sense of identity, she said. Many make up for their personal worries by ostracizing "outside enemies," chiefly ethnic minorities from the Caucasus region and Central Asia, Erkin explained, which is why supporters of clubs like Akhmat Grozny and Anzhi Makhachkala are often abused during away games in Moscow. According to the Levada Center, an independent polling organization in Russia, 60 percent of people in the country reject all immigration.

In a World Cup travel guide recently published by Eastern Europe expert Ingo Peltz, he explains that "left-wing thought is unpopular in Russia today due to the country's communist past." But Ustian believes that taking a stand against racism has nothing to do with being leftist. For him, doing so is just a plain necessity. "Although we will only know if we were successful long after the World Cup is over," he said.