The fall of the Wall - a chronology of resistance

After decades of despotic rule, 1989 saw the Communist bloc collapse. But the resistance movement began much earlier. 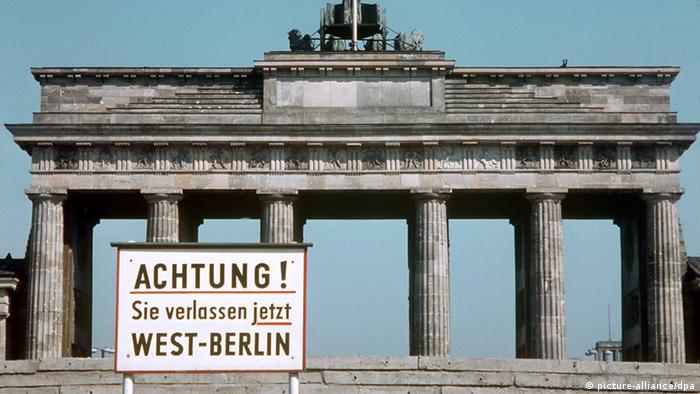 "Freedom came before unity." The words, spoken by German President Joachim Gauck just a few weeks ago, have already gone down in the annals of quotations on the political change that gripped Eastern Europe 25 years ago.

Gauck was referring to the move towards freedom in the former East Germany and the resulting reunification of the two German states. But the quote could just as easily describe the gradual developments across the former communist Eastern Bloc and the process of European unification.

Regarded as the culmination of the Eastern European peoples' fight against communist dictatorships, the fall of the Berlin Wall was preceded by a long and often bloody struggle. Here is a chronology of the major opposition events and moments:

What started as a protest against inhumane working conditions and economic hardship turned into a nationwide workers' demonstration. Demonstrators at the first mass-scale anti-communist protests in the Soviet Union called for free elections, the resignation of the government under Walter Ulbricht and German unity. Ulbricht responded to the demands by bringing in East German police and Soviet tanks, creating the first crack in the Iron Curtain.

The peaceful beginning, which saw students take to the streets of Budapest to demonstrate for democratic change, turned ugly when the government ordered police to shoot at them. Soldiers joined the demonstrators, and the ensuing armed clashes resulted in the dissolution of single party rule, and the appointment of a multi-party government under Imre Nagy. Hungary withdrew from the Warsaw Pact military alliance and demanded that the Soviet army leave the country. But after ten days, Soviet tanks moved in, crushing the dream of freedom and democracy. Fearing escalation, the West didn't intervene. Similarly, it did nothing in 1961 when Walter Ulbricht suddenly and unexpectedly had the Berlin Wall erected. 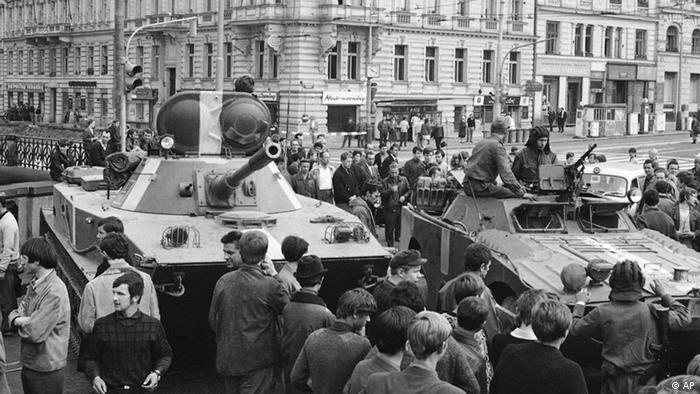 In 1968, Czechoslovakia launched a reform process, which became known as the "Prague Spring." Reformers under Alexander Dubcek sought to improve the country's economy and liberalize the regime, but the move to create "Socialism with a human face" met with resistance from across the eastern bloc, not least from the Soviet Union. In the early hours of August 21, Warsaw Pact troops marched into Czechoslovakia, seizing control of Prague and crushing the budding movement for change. The West stayed out of it, but the military invasion was indicative of a further tear in the Iron Curtain.

One comrade, the new Romanian head of state Nicolae Ceausescu, refused to take part in the Warsaw Pact intervention, which he publicly condemned at a mass rally in Bucharest. But any hopes of reform in Romania were dashed in 1971 when, following a trip to China and North Korea, Ceausescu initiated an east-Asia style cultural revolution. The result was one a Eastern Europe's most brutal dictatorships, characterized by personality cult, cronyism, corruption, mismanagement, and an omnipotent secret police force, the Securitate.

Poland became the first Warsaw Pact state to tolerate an independent trade union. Solidarnosc ("Solidarity") emerged as a result of a wave of strikes across the country, most notably in the shipyards of Gdansk. Workers called for freedom of speech, the freedom to strike, and the right to form independent trade unions.

On August 31, 1980, protest leader Lech Walesa signed an agreement with the government authorizing Solidarity's existence. The strikers received the backing of Pope John Paul II, who was also Polish. This time the Soviet troops did not invade, but a year later Moscow called on Warsaw to ban Solidarity. In December 1981, Polish leader Wojciech Jaruzelski imposed martial law, forcing the union, which by then had ten million members, underground. It was another eight years before Poland legalized trade unions.

June 27, 1989 - cutting of the barbed wire fence on the Hungarian-Austrian border 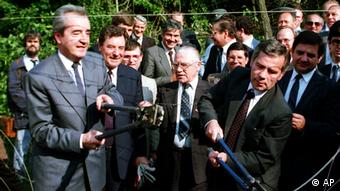 Although the dismantling of the border between Hungary and Austria had already begun, it was a highly symbolic moment when the foreign ministers of Hungary and Austria - Gyula Horn and Alois Mock respectively - cut through the iron curtain. Thousands of East German holiday makers seized the opportunity to enter the West.

After 35 years at the helm in Bulgaria, head of state Todor Zhivkov was ousted by members of his own Communist party. He was the second to last of the Communist era "dinosaurs" to go, succeeded only by Romanian dictator Nicolae Ceausescu, who clung to power until the end of the year.

Nicolae Ceausescu, who rejected Soviet President Mikhail Gorbachev's model for reform, was deposed by an internal revolt in December 1989. Just days earlier he had ordered the bloody put down of protests in the western Romanian city of Timisoara. 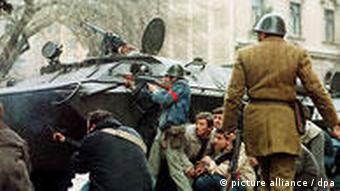 On December 21, Bucharest and other cities across the country became the scene of street fights, with some members of the military switching sides to fight with the demonstrators. On December 22, Ceausescu was brought down. He and his wife fled, but were arrested a day later. On December 25, they were brought before a court-martial where they were sentenced to death, and subsequently taken outside and shot by firing squad.

While some countries, such as Poland, Hungary, or Czechoslovakia, experienced a gradual relaxation of despotic rule and therefore some hope for change, others, such as Bulgaria and Romania, saw no long-term alternative to their existing dictatorships.

Yet despite the different fates of each nation, the communist systems they upheld collapsed for the same reasons: a longing for freedom and democracy, and political and economic failure. They have come a long way since 1989, but many Soviet Union successor states still have a long road to travel to realize the dream.

West German protests at the construction of the Berlin Wall couldn't change anything. So politicans took a different approach toward achieving long-held dreams of reunification - and Willy Brandt in particular. (04.11.2014)

About half of Germans say they know enough about the country's historic division. A survey released days before the 25th anniversary of the fall of the Berlin Wall finds that Germans are more forward-looking these days. (03.11.2014)

Something's stirring in the state of Thuringia. It could very soon become the first state in the Federal Republic of Germany to have a Socialist Left Party candidate take over as state premier. Reactions are mixed. (20.10.2014)