200 years of coal mining have certainly left their mark on Europe. As Germany prepares for the closure of its last two hard coal mines, an exhibition in Essen takes a look back at the "Age of Coal."

The 'age of coal' comes to an end in Germany

Seven tons — that's the weight of the biggest piece of hard coal ever to be extracted in one piece. For the miners who hauled it up at the Prosper-Haniel mine in Bottrop, Germany, it's more than simply an enormous lump of coal."At the end of this year, Prosper-Haniel, the last hard coal mine in Germany, will close. The miners wanted to have a souvenir," says Axel Heimsoth, a researcher at the Ruhr Museum in Essen. He is also one of 10 curators of the new exhibition "The Age of Coal — A European History," which brings together 1,200 such mining mementos in the former coal mining complex at Zollverein in Essen. 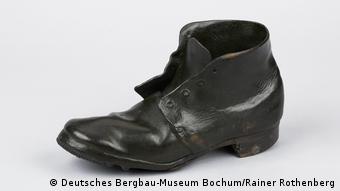 This boot helped save a life

Behind every piece, there's a story

For example, there is the boot that helped save a miner's life back in 1930. The miner was trapped in the pit, with only a small hole connecting him to the world above ground. Soup was poured down the hole, and he collected it in his shoe.

Or there is the collection of little glass bottles filled with liquids in all colors that speak to coal's versatility. It is not just useful as an energy source or in steel production; it also has a chemical use, because synthetic dyes can be made from coal. Synthetically obtained extracts from hard coal tar, a byproduct of coal burning, are also used in the plastics and pharmaceutical industries.

An important political document is also on display in the "Age of Coal" exhibition: the original contract for the European Coal and Steel Community (ECSC) — the union formed by France, Italy, West Germany, Belgium, the Netherlands and Luxembourg in 1951.

The signatories had all been affected by the Second World War and agreed that coal and steel should never again be used to wage war. The forming of this union was the first step on the road towards the European Economic Community, which would later evolve into the European Union. 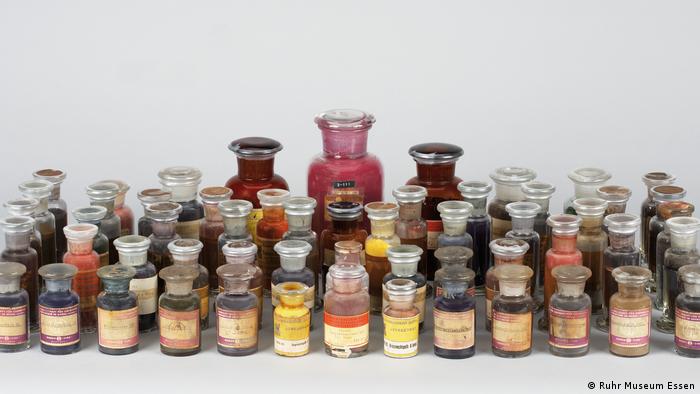 Synthetic dyes made from coal

"It was important to us to show in this exhibition that, across Europe, 100,000 people resettled, had to be integrated, put down roots," Heimsoth says. He adds that, even though the Ruhr region prided itself in its people's solidarity with the pit workers, a lot of immigrant miners had to deal with rejection and aggression on a daily basis. Still, work in the mines did help speed up the integration process.

"For a long time, the Ruhr Poles were hated. But they still settled here, and some even founded their own organizations," Heimsoth explains. 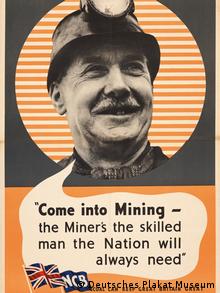 In 1951, coal miners were high in demand

Coal miners were in demand, and that boosted their self-confidence.

When the ECSC was founded, allowances were made for the coal miners' participation. Via unions, they were fully involved in decision-making processes. That included the period in the late 1950s, when hard coal mines were on their way out again and the state had to subsidize mining. Strikes in France and demonstrations in Germany would contribute to stretching the farewell to hard coal over another 60 years.

The demise of the mine had already started when Gerhard Klammer took up coal mining in 1959. "That's when we started working reduced hours," he remembers, adding that was when the image of mining dropped, too. To help prop up mining, Germans at the time paid a so-called "coal penny" with every electricity bill. People wondered why they were being forced to support mining, Klammer says. "No other industries were receiving that kind of backing."

Today, unemployment is a major factor in many cities in the Ruhr area. In the mid 50s, Germany counted 128 mines; by the late 70s, only 20 were left. Thanks to the Ruhrkohle AG (RAG) coal mining corporation, a participant in the Essen exhibition, shut-downs were handled in a socially-responsible manner. 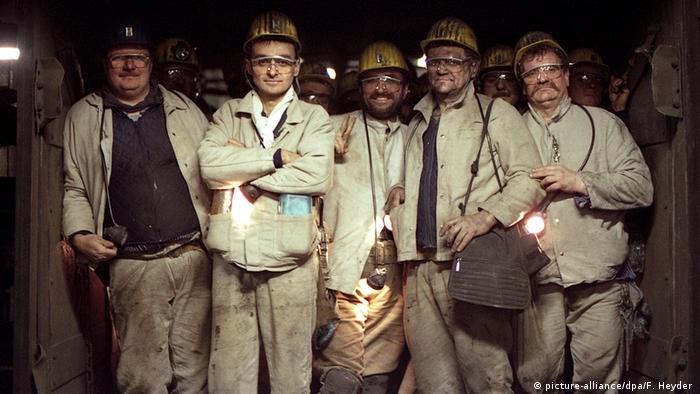 Structural change at the Zollverein coal mine

Gerhard Klammer worked in various mines, as a trainee, later as an engineer and finally as surveyor and authorized expert. After retirement, he started giving tours on the Zollverein coal mine's "monument path." Shut down in 1986, Europe's largest coal mine managed the structural shift from coal mining to industrial culture. The Zollverein Coal Mine Industrial Complex was named a UNESCO World Heritage Site in 2001.

Gerhard Klammer for one is sorry to see the end of hard coal mining in Germany. It was a tough job, but he was miner with heart and soul, he says.

"Working underground is difficult. Some areas are very warm and very dusty, even if a lot is being done to bind the dust by spraying moisture," he says. "Work clothes that were white in the morning were always black in the evening."

On large screens, interviews with and documentaries about miners give visitors to the exhibition an idea of what it means to be a miner, and what it is like to work below ground. The curators' aimed to breathe life into the many objects showcased in Essen. "The problem is that even films can only give people an inkling of how hard and burdensome this work is," Heimsoth says. 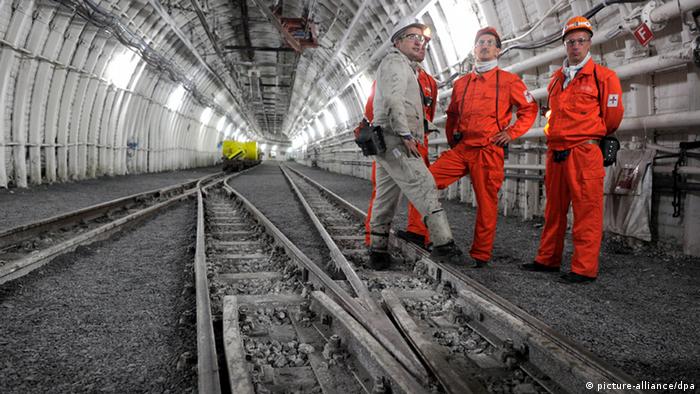 Prosper-Haniel mine is set to close in December 2018

With every mine that closed, the Ruhr Museum Essen and the Mining Museum in Bochum received new objects to add to their collections.

But the coal era isn't yet over by a long stretch. Mining continues to thrive in other countries and Germany continues to import coal. The damage coal mining has done to the environment will be noticeable for a long time. The RAG, for instance, faces damages to roads and buildings due to sinking land. The mines' ever-rising toxic pit water will have to be pumped forever — at the Zollverein Coal Mine Industrial Complex, too. Otherwise the World Heritage Site would be eight meters underwater. That is another legacy of the coal mining era.

A new lease of life for Germany's industrial wastelands

In Germany's Ruhr area, former mining areas are being transformed and marketed as residential or commercial areas. The strategy has been a success with people flocking to the newly created neighborhoods. (21.07.2017)

From making eco-friendly coal out of banana skins to using poop to fuel cooking stoves, eco@africa has featured a host of greener alternatives to charcoal. We've picked our top five innovations. (16.04.2018)

The 'age of coal' comes to an end in Germany