The dispute between Poland and the EU continues | Europe | News and current affairs from around the continent | DW | 28.02.2017

Warsaw has rejected EU claims that Poland does not respect the rule of law. The upcoming Visegrad summit aims to outline the group's position on European politics. 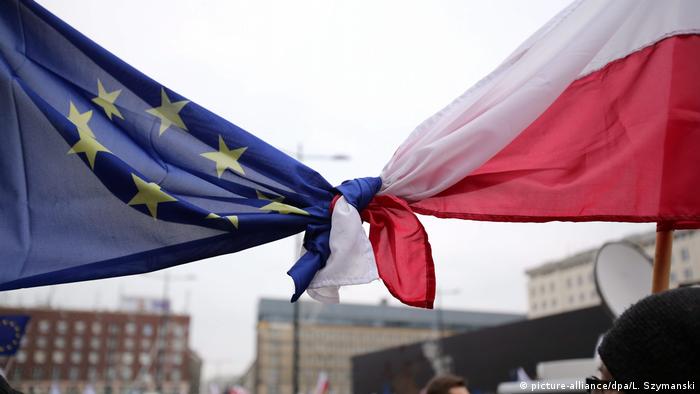 Jaroslaw Kaczynski of Poland's ruling PiS party has called for reform of the EU while expressing his preference for Chancellor Angela Merkel in the next German election. He will be among those meeting Merkel in Warsaw. (07.02.2017)

Poland's ultra-conservative Law and Justice Party has come under fire for trying to take power from the country's highest court and cracking down on media freedom. DW talks to Polish Finance Minister Mateusz Morawiecki. (14.02.2017)

There is no end in sight to the ongoing dispute between the European Commission and the Polish government over the rule of law. "The mood is very heated," said an experienced diplomat in Warsaw. In the latest development Poland has harshly criticised Polish politician Marek Prawda, head of the EU Commission's representation in Warsaw.

Prawda served as Poland's ambassador in Berlin and Brussels until the senior diplomat was recalled after current government was elected. Shortly thereafter, he switched sides: Jean-Claude Juncker appointed Prawda as head of the European representation in Warsaw.

Poland's ultra-conservative government has harshly criticized the diplomat. Polish foreign minister, Witold Waszczykowski, invited Prawda to the foreign ministry for talks and accused him of having sent a "slanderous" report to Brussels. The report claims that judges who protested against recent judicial changes were being persecuted and that unknown perpetrators were making attempts to intimidate some of them by damaging their car brakes or tires. The report also states that the authorities have been unable to identify the perpetrators. The term "unidentified perpetrators" brings back bad memories of communist Poland before 1989, when state secret police employees committed such deeds to intimidate critics.

EU representatives in Warsaw have not commented on the criticism of their report. In response to queries, the office said that it would not comment on illegally published details from confidential sources. The National Council of the Judiciary of Poland (KRS), a state organization that protects the independence of courts and judges, did however confirm that the number of threats made by unknown persons against judges has been increasing. 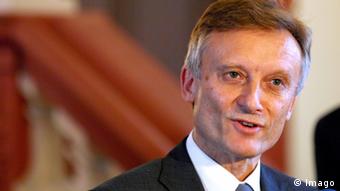 Brussels is looking for other options

The background of this conflict is the dispute over rule of law in Poland that has been going on for over a year now. Brussels believes that there have been unlawful interventions in the powers of the Constitution Court, for example, and asked Warsaw to explain the reasons for the accusations by the middle of February. Warsaw wrote a reply to Brussels in which the Polish government clearly rejects any form of criticism.

Now Brussels could propose the use of Article 7 of the Treaty on the European Union (TEU), which is designed to ensure that EU countries meet the rules on democracy and human rights. If the EU uses article 7, the affected member state would lose its voting rights. However, according to press reports, the First Vice-President of the European Commission, Frans Timmermans, is looking for other options. He wants to take the issue to the European Council early next week. A politician from the governing Law and Justice Party (PiS) in Poland has called Timmermans' approach an "ideological private war" of a "leftist" against Poland's right-wing government because of an "alleged threat to democracy in Poland." 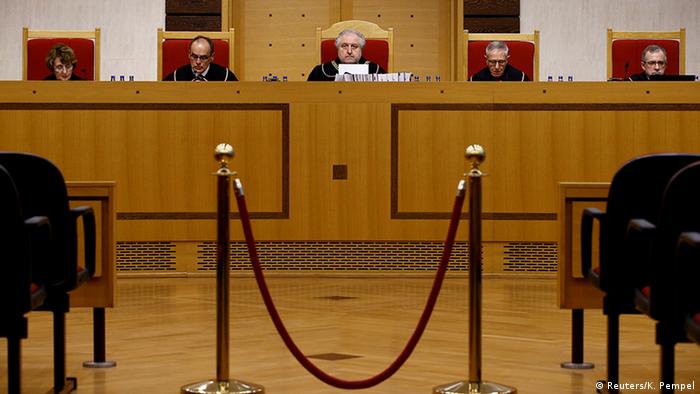 The cause of contention: Poland's constitutional court.

Summit of the Visegrad group in Warsaw

It looks as if the dispute will be protracted; almost no one dares to predict how long it will continue. The disagreement is also likely to be the subject of a meeting of the Visegrad group's government leaders. They will meet in Warsaw this Thursday. A further topic at the summit will be food quality. The group's members want to prevent companies in the eastern part of the EU from selling lower quality products under the same brands as in the West.

Meanwhile, experts in Poland are discussing the future of their country in the EU. The political scientist, Olaf Osica, criticized the misuse of the EU issue for domestic purposes. "The opposition frightens people into thinking that Poland may get kicked out of the EU because of their violation of the rules and EU law. The government is developing a vision of a reform of the European treaties which could prevent the disintegration of the EU." He said the "tricks" were far removed from reality and prevented a "factual discussion about the real challenges".

Experts say there are great risks for the EU

The year 2017 may bring major risks to EU, says Osica. It is not only possible election victories for populists that are a threat to Poland's interests, but also the left-wing presidential candidate Emmanuel Macron in France. "'Macron's laws aim to remove Polish workers, and workers from other countries, from the labor market in France under the pretext of social dumping. Massive monetary penalties and even prison sentences have been planned."

At the same time, he says the events in Europe should be viewed as "natural processes that can be understood and tamed. As long as they take place in a democratic context, there is always hope that they can be corrected. "