The debate rages on: Are neonicotinoid pesticides killing bees? | Environment | All topics from climate change to conservation | DW | 29.06.2017

The debate rages on: Are neonicotinoid pesticides killing bees?

New studies appear to confirm that neonicotinoid pesticides are killing bees, even as chemical companies continue to tout their safety. An EU-wide ban is looking increasingly likely.

Bees aren't just the makers of delicious honey, they play a crucial role in the world's agricultural systems. But they are slowly vanishing - due mainly to loss of habitat and exposure to pesticides.

Pesticides are present all around us - from the flowers in our gardens, to our meals, our soaps and our swimming pools.

Insecticides are generally the most toxic pesticides, at least in terms of direct, short-term effects, according to the Pesticide Action Network.

Particularly controversial are neonicotinoids, a family of insecticides used to control destructive crop pests. In 2013, the EU restricted their use after detecting environmentally harmful effects - particularly on bees.

But the debate still rages: Should neonicotinoids be completely banned? Or are they safe enough to continue to use?

The European Commission is preparing to review limits on the use of neonicotinoids set out in 2013. By fall this year, these pesticides could be under much tighter control. 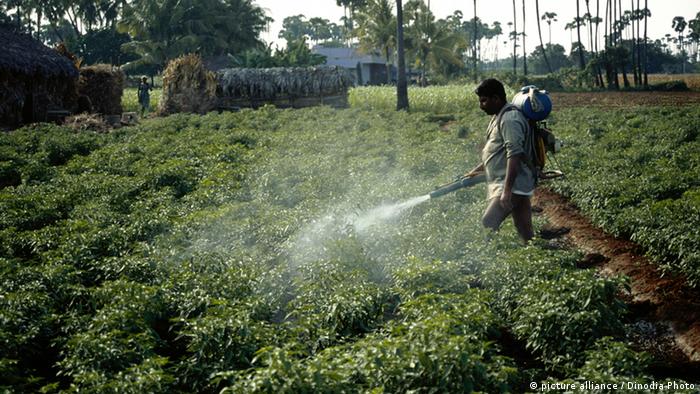 Pesticides: useful for controlling unwanted damage, but harmful for biodiversity

Several studies have shown these pesticides affect the brains and bodies of bees and other insects, changing their behavior, and reducing their fertility and lifespan.

As the risk these products pose to biodiversity became clear, the European Union in 2013 restricted the use of three neonicotinoids - clothianidin, thiamethoxam and imidacloprid.

Opponents of the ban have argued that evidence for the restrictions came from studies conducted under artificial exposure conditions, where the insects were exposed to higher levels of the pesticides that they would have been in the real world.

A new study financed by German chemical company Bayer and agribusiness giant Syngenta has now looked at the effect of neonicotinoids on bee colonies at exposure levels typical in the field.

But the companies argue that the results do not show the whole picture.

Life in the field

The study was carried out in the UK, Hungary and Germany, looking at three different bee species. In the first two countries, honeybee colonies' success at overwintering was reduced after exposure to crops treated with neonicotinoids. 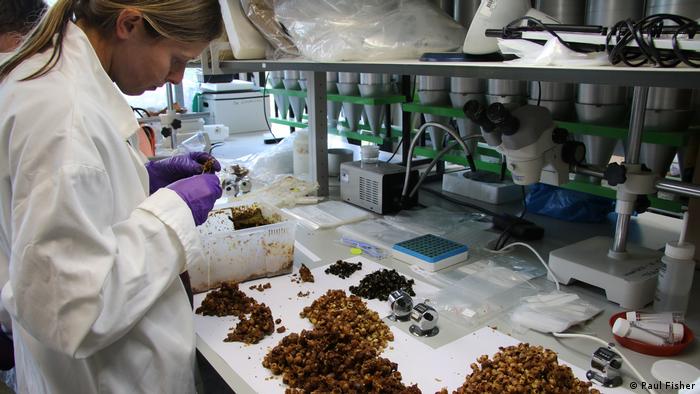 However, in Germany, no harmful effects on overwintering honeybees were found. That's partly because the UK and Hungary colonies were already in weaker health due to local diseases - and were feeding regularly on nearby oilseed rape crops treated with one of the neonicotinoid pesticides restricted by the EU.

"Up to 50 percent of their food came from crops treated with pesticides," Richard Pywell, co-author of the study, told DW.

This shows that despite the EU moratorium, there is a strong presence of these toxic substances in the fields, Pywell said.

It also upholds theories that neonicotinoids amount to an additional pressure on bees, which add up together into a cumulative negative effect.

However, Peter Campbell, head of research collaborations with Syngenta, told DW that researchers have only published the negative effects - while the findings also show potential beneficial ones.

"The results are much more complex than the simplistic conclusion the researchers have presented," Campbell said. 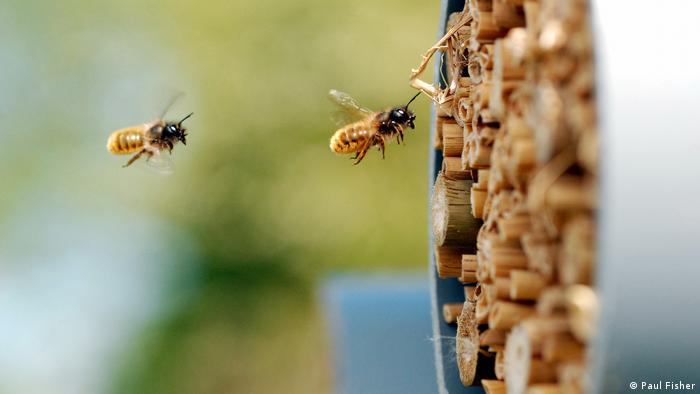 Bees' future may depend on upcoming political decisions

Economics vs. the environment

The European Commission will present the revised regulation mid-July to be approved by member states, and is hoping for a resolution by the end of November.

However, recent debate over the herbicide glyphosate has shown such processes tend to take longer than planned - particularly if large member states such as Germany drag their feet.

Experts fear Germany may prioritize the economic advantages of the pesticides over their environmental impact.

Pywell said he wouldn't give a personal opinion on the controversial issue. "We are independent scientists and it is not our role to make political decisions," he commented.

However, he highlighted the need for greater consistency between regulations among different EU countries.

Living Planet: The food we eat