How do we know our food is fairly and sustainably produced, and safe to eat? European Commissioner for Health and Food Safety Vytenis Andriukaitis talks to DW about glyphosate, food waste and animal welfare. 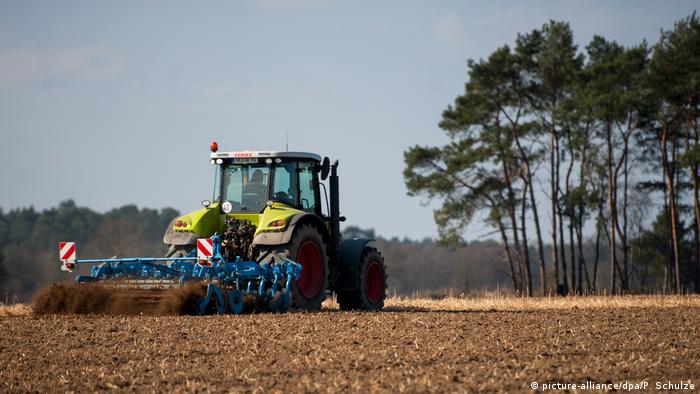 German Chancellor Angela Merkel said Wednesday she backs farmers using the controversial weed killer glyphosate. In 2015, the World Health Organization's International Agency for Research on Cancer (IARC) classified the herbicide as "probably carcinogenic." Yet in 2016, the European Food Safety Authority (EFSA) said glyphosate is "unlikely" to cause cancer. We asked Vytenis Andriukaitis, who is responsible for the EFSA, about this - and other pressing issues facing food production systems in Europe.

DW: You have spoken in favor of a 10-year renewal of glyphosat's EU license. Can you explain that position? 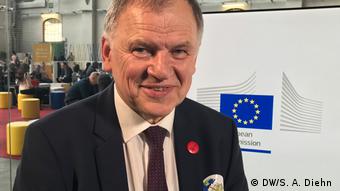 If EFSA and ECHA [European Chemicals Agency] - two assessing bodies - decided through a scientifically based approach it's unlikely to be carcinogenic, we will propose to our standing committee, to member states, to approve such a scientific decision. A [licensing] period of 15 years is enshrined in law. We decided to debate with member states a period of 10 years.

And of course, it is complex - how to encourage our industries, our farmers, that maybe it is possible to use low-risk pesticides, bio-pesticides. We decided to propose to members: Okay, it will be good to pass along 10 years. Of course, I don't know what the final decision will be, because it's up to member states to discuss.

And of course also then to establish very strong monitoring mechanisms and to provide some restrictions on use of pesticides - for example, in public spaces, in kindergartens, in stadiums and so on.

Some studies in this 2016 decision were by the industry and were not published. That's been criticized as a lack of transparency. What's your response? Glyphosate, marketed by Monsanto as Roundup, has been the target of widespread protests

The so-called Monsanto papers … frankly speaking, I have never had those papers in my hands. But we take it very seriously. We ask EFSA and ECHA once again to draw attention to such information (because I know that it's a court case in California), and they provide to us their outcomes. Those two or three so-called Monsanto papers - they have no influence presenting scientific opinion.

What measures is the EU taking to promote biodiversity and sustainability in the agricultural sector?

We are investing a lot of our European Union money into research and innovation, especially in areas of food production and agriculture. Today, we are speaking for example about organic farming to support the possibility to use more environmentally friendly agriculture techniques. And of course, different tools - low risk pesticides, bio-pesticides and so on.

This June, the EU launched a new platform on animal welfare. Why?

A Eurobarometer survey shows 90 percent of us are very worried about animal welfare standards, especially during transport and slaughter. The conditions animals are in today - they are in very industrial environments. Of course, animals suffer in these cases a lot. 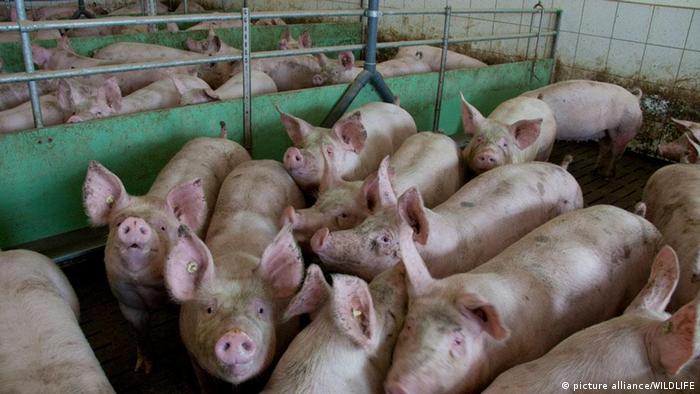 Animals are part of our culture, part of our society, a part of our hearts. They tell stories. Animals are not only are sentient beings, but they are also part of our life, especially companion animals. No doubt, this is a question for all of us - in which conditions we grow our animals. I was not surprised that our society is so sensitive to those questions.

We need to have a workable platform. All operators will be ready to present their views, to address main challenges, to discuss topics, to provide best practices, to advise us how to address some challenges on the ground. And, how to combine our institutions, operators, member states, experts, NGOs, our commission. There was a lack of such collaboration, and this platform helps us to synergize our activities of promoting high animal welfare standards.

How will it achieve better animal welfare?

Three strong words: Enforcement - of our instruments on the ground. Implementation - of our obligations. And control and measurement - of our achievements. Without these, it would be only empty words.

By some estimates, a third of all food is thrown away. What is the EU doing to cut food waste? 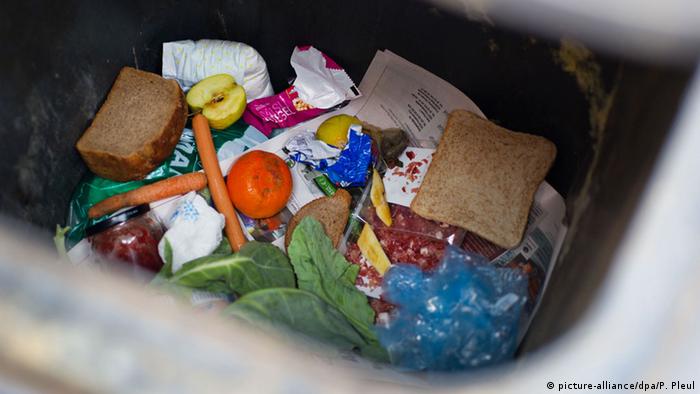 As the world struggles to feed a growing population, Europe throws away up to 30 percent of its food

In the EU we are wasting 88 million tons every year. Excellent, brilliant, good food. It's a terrible picture. On the one hand, we have about 55 million people in the EU who have good food only every other day. On the other, you have an obese society. And a big part of food waste is at the consumer level.

First we need to have instruments - that's why we established a food waste platform last autumn. Our obligation is to provide a methodology for all member states, for all of our operators, for how to measure food waste in every part of the chain of food production.

We know we have a lot of problems with date marking: "best before" and "use by." And this creates a lot of confusion, because "use by" is about safety, and "best before" is about quality. But only 30 percent understand this. And so we need to explain and to change this regulation.

Of course, also we will change our regulation to make it much easier to donate food to those in need, because today sometimes it's much easier to waste than to donate due to administrative burdens.

Vytenis Andriukaitis is the European Commissioner for Health and Food Safety. Andriukaitis is also a heart surgeon - he has served as the health minister of Lithuania, and for six terms in the Lithianian parliament.

Sonya Angelica Diehn conducted the interview in Brussels at the European Development Days 2017 conference. It has been edited for clarity.

Californian regulators have decided that the popular weed killer Roundup must be sold with a label warning that it's known to cause cancer. It is the first state in the US to do so. (27.06.2017)

Each year, 11 million tons of food ends up in the bin in Germany. Now, a Danish app wants to help restaurants save their leftovers from the trash can. (18.05.2017)

At Bayer's annual general meeting in Bonn, environmentalists and politicians voiced discontent over the proposed takeover. Both companies have come under fire for substandard ethical and environmental practices. (28.04.2017)