The dark side of politics: Austria′s ′Ibiza affair′ still sticks | Europe | News and current affairs from around the continent | DW | 16.05.2020

The dark side of politics: Austria's 'Ibiza affair' still sticks

Twelve months have passed since the "Ibiza-videos" triggered the dramatic end of the coalition government and with it the fall from grace of one of Austria's most controversial politicians, Heinz-Christian Strache. 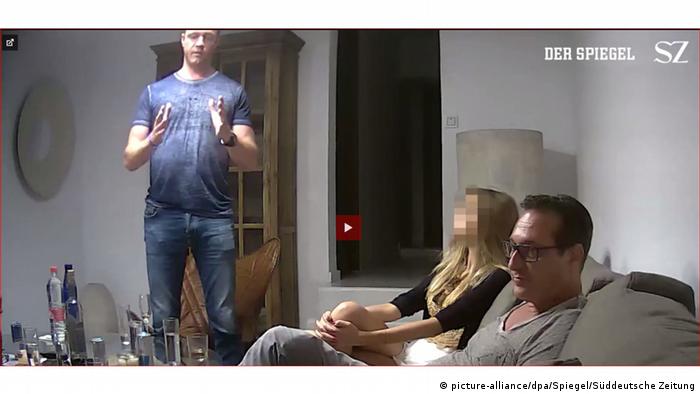 It was 6 p.m. on May 17, 2019 when video footage that would change the course of Austrian history hit the internet. Stunned journalists sat mesmerized before their computers that evening, barely able to believe their eyes.

A visibly inebriated and chain-smoking HC Strache — Austrian vice chancellor and head of the far-right Freedom Party (FPÖ) — slumped on a couch in a shabby t-shirt, with what appeared to be a line of cocaine on the glass table in front of him. Alongside him Johann Gudenus — member of the Austrian national parliament and former vice mayor of Vienna— waving his arms and translating Russian, replacing missing vocabulary with pistol-shooting gestures, "Glock, boom, boom." And together with the pair in a holiday villa in Ibiza a "Russian oligarch's niece," apparently discussing the purchase of Austria's most popular daily newspaper, the Kronen Zeitung.

By the following morning, thousands of furious protesters had gathered outside the Federal Chancellery in Vienna, demanding Strache's resignation. A few hours later, a chastened vice chancellor quit both his posts, apologized to his wife and disappeared to lick his wounds. It heralded the end of the coalition government led by Chancellor Sebastian Kurz of the center-right People's Party (ÖVP). 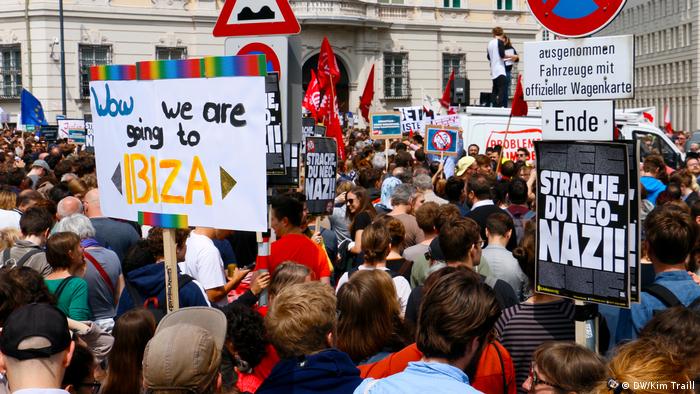 A year on, political consultant Thomas Hofer describes the reaction to the now-infamous "Ibiza videos" as "an expression of how some people think politics works in this country."

"But you can't say this is a completely unknown practice in Austria," he adds, disagreeing with Austrian President Alexander Van der Bellen's statement shortly after the footage became public, that "We (Austrians) are not like this."

The dark side of politics

Never again in Austria will the word "Ibiza” be synonymous with a party island. Since that day, it has come to connote the dark side of politics: an image of two sweaty senior politicians explaining to a supposed Russian businesswoman how one gains power in Austria, spins the news and manipulates the mass media; how to get entrepreneurs on side and how to funnel money past the tax authorities into the party coffers. Strache dropped big names: the millions-of-dollar weapons manufacturer, Glock, Austria's largest construction company, Strabag, and the international gambling business, Novomatic.

Within days, the affair led to a no-confidence vote in Kurz, the implosion of the entire government, and a transitional administration. New elections were finally held in September 2019, in which the Freedom Party suffered significant losses as disillusioned voters turned to the ÖVP.

Despite the indisputable evidence to the contrary, HC Strache doggedly professed his innocence, quickly coming up with a conspiracy theory in which he portrayed himself as the victim. He spoke of a "b'soffene G'schicht" ("a drunken tale") and swore the encounter with the long-legged blonde was a one-off, a claim later refuted.

It is now known that the video was recorded sometime between June 22-25, 2017, when Strache and Gudenus were firmly in opposition mode. Parliamentary elections were scheduled for that autumn. At the time the recordings were made, it was anything but a forgone conclusion that the People's Party and Freedom Party would end up agreeing to form a coalition.

Now that coalition is no more — nor is the Freedom Party, minus the almost cult-figure charisma of Strache at its helm, what it once was.

"Yes, it was a turbulent and eventful year," says Strache, who post-Ibiza affair was subsequently plagued by scandals involving party expense accounts and bags of cash.

The 50-year old has now found himself a new political stage as the head of the "Alliance for Austria" (DAÖ), a splinter party made up of Strache-loyalists from the Freedom Party. He's currently running for the post of mayor of Vienna in elections to be held this autumn, and very confident of his chances.

Strache blames the current strife of his former party on the new leadership — party head, Norbert Hofer and chairman, Herbert Kickl. He can barely hide his malice towards the two, both for their rejection of his offer to find a "common path" and his and his wife Philippa's expulsion from the party. 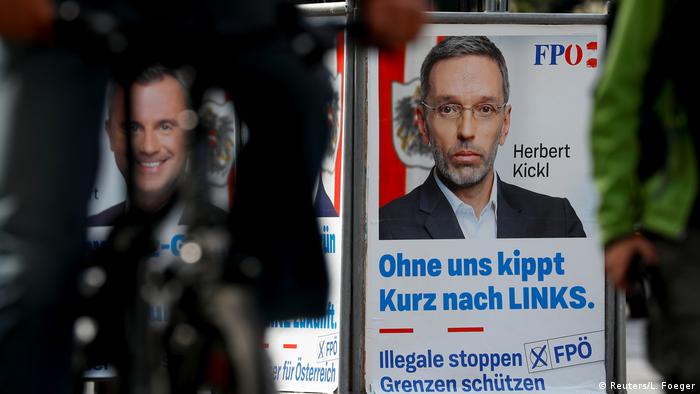 The FPÖ leadership declined to comment for this article.

The party itself appears uncertain of its positions. With the coronavirus lockdown, Kickl initially demanded a complete closure of the country, yet is now seething against "Corona madness." At the same time, the People's party has hijacked the FPÖ positions on issues such as asylum, maintaining the hardline policies put in place by Kickl himself during his term as interior minister.

Political consultant Thomas Hofer says the Ibiza video tore a "wound in the FPÖ" and believes the double leadership of Hofer-Kickl is a construct that "cannot work in the long run."

What is interesting, however, is that despite Norbert Hofer and Herbert Kickl having had nothing to do with the Ibiza video, the affair has nevertheless affected the FPÖ just as much as it has Strache.

"The FPÖ is catching up with the spin of its own past decades," says Thomas Hofer, referring to Strache's use of conspiracy theory and political intrigue to convince his followers that he is the real victim in the case. 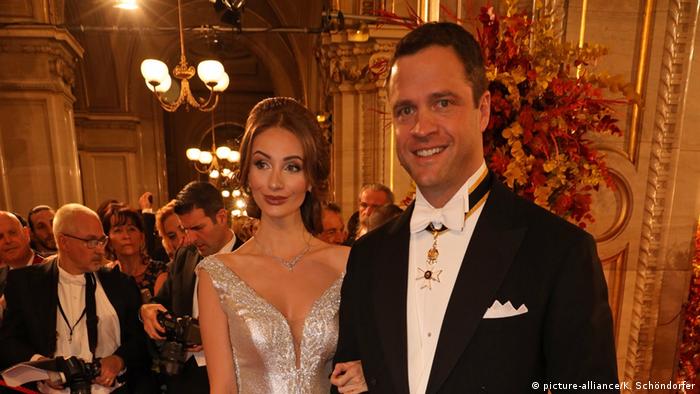 Gudenus, pictured here with his wife, has disappeared from the political limelight

While Strache is making a political comeback, Johann Gudenus has gone underground. And according to a former friend of the two — Levan Pirveli, a Georgian businessman living in Austria — that friendship has now turned into a bitter enmity.

Pirveli was the FPÖ's main contact with Russia. It was Pirveli who took Strache to Moscow in 2009 to meet members of the Russian Duma.

According to Pirveli, he explicitly told Gudenus that the woman who passed herself off as "Alyona Makarova," niece of the oligarch Igor Makarov, was not who she said she was. Initial contact between "Makarova" and Gudenus was made by Irena Markovic, a real estate agent friend of Gudenus's future wife, Tajana, who had told Gudenus that "Makarova" had expressed interest in purchasing a family estate belonging to the Gudenus's.

"Makarov is an only child and has no niece, and I told Johann that," says Pirveli of his conversation in May 2017. "But for some reason he did not listen to me." Pirveli speculates that Gudenus was most likely blackmailed with compromising video material into agreeing to take Strache to the meeting in Ibiza the following month.

Who exactly was behind the Ibiza video remains a mystery. But did the video change anything?

"Not enough," says Thomas Hofer. "There were concrete effects, but fundamentally nothing has changed."

Berlin police say they've arrested an Austrian suspected over a video that toppled Vienna's then-government and exposed far-right leader Heinz-Christian Strache. He was filmed on Spain's Ibiza island in 2017.