The dark side of India's self-styled godmen

An increasing number of so-called "spiritual" gurus or "godmen" in India are implicated in ghastly crimes ranging from sexual abuse to murder. Murali Krishnan from New Delhi explores the reasons behind it. 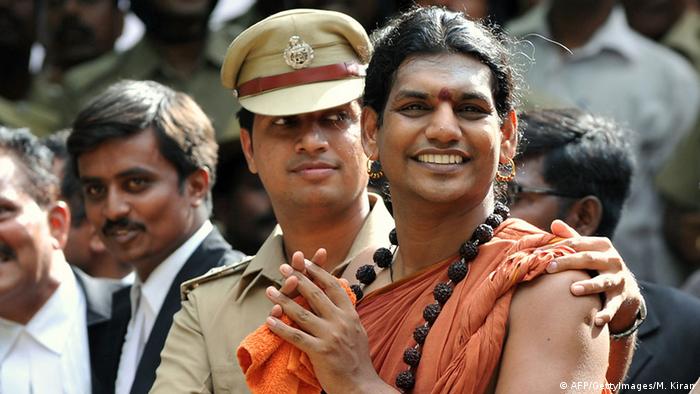 Last week, a 23-year-old law student in the southern state of Kerala chopped off the genitals of a self-proclaimed holy man who tried to rape her and who she alleged has been sexually assaulting her for the past eight years. She realized that there was no other way to escape her tormentor.

The young woman was at home in the southern city of Thiruvananthapuram when she was allegedly attacked by Gangeshananda Theerthapada, who claimed to be a spiritual healer and visited their home frequently to cure her bed-ridden father.

India's slum artists caught between a rock and a hard place

The authorities had promised to remodel Delhi's famous artist colony, but the project has landed in hot water due to the residents' reluctance to leave old houses, capitalist greed and the officials' high-handedness. (22.05.2017)

The brutality of a recent rape and murder has drawn attention to an alarming rise of sexual violence in India. Activists say the surge is part of a deeper social dysfunction. Murali Krishnan reports from New Delhi. (16.05.2017)

India's Supreme Court is expected to soon deliver its verdict on a contentious divorce practice that violates the right to gender equality of Muslim women. The issue pits constitutional rights against religious custom. (19.05.2017)

Eight men are being investigated after the gang-rape and brutal murder of a woman in India's northern state of Haryana. The 23-year-old victim's body was dumped in an industrial area following the attack. (15.05.2017)

Theerthapada, also known as Sree Hari, has preached at several temples in Kerala and was revered by hundreds of Hindu families in the state.

It is not uncommon for the sprawling network of godmen, gurus and swamis in the Hindu-majority country of more than a billion people to commit sexual crimes.

Strangely, millions of Indians seem to be in thrall of these smooth-talking "godmen" who have built vast empires preying on their gullibility.

Three years ago, police had to battle the supporters of Rampal Singh Jatin, a controversial guru from the northern state of Haryana before they could arrest him. Their investigations uncovered sordid details about the supposedly holy man's sex life - a world of abuse and excess that was just as remarkable as his sprawling abode.

He preferred "hostesses," whom he called "sadhikayaen" and during the raids police recovered pregnancy kits from Rampal's room, besides sexual potency drugs.

"For a man who claimed to be an incarnation of the 15th century mystic poet Kabir, he had all the trappings of luxury. Women were integral," an investigator told DW.

Another self-styled spiritual godman, Asaram Bapu, was arrested in 2013 after a teenage girl accused him of rape. She claimed that the guru lured her by promising to cleanse her of evil spirits. 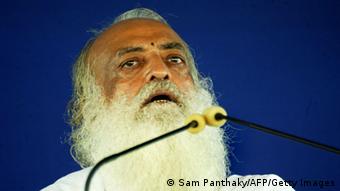 It wasn't the first time criminal charges were leveled against him. In 2008, two young boys died in his retreat in the western state of Gujarat. His trusted lieutenants, however, say all the charges against Bapu are fabrications.

Mahendra Giri, 65, was also arrested in 2013 for illegally confining and repeatedly raping a 24-year-old woman at his ashram over four months. Apparently, the victim's husband and mother-in-law were his accomplices. All three have now been imprisoned.

In 2010, controversial Hindu godman Swami Nityananda (main picture) was arrested after a leaked video showed him engaging in sexual activities with an actress from southern India.

So how do these often aged and supposedly holy men take advantage of women while preaching against vice?

Bhavdeep Kang, author of "Gurus: Stories of India's Leading Babas" believes that godmen are rarely held accountable, least of all by their devotees.

"The centrality of the godman in the lives of their flock - as spiritual preceptor, family confidante and business advisor - creates a dependency syndrome, making the devotee as invested in the purity of the guru as the guru himself," Kang told DW.

She reckons the self-styled gurus assume the role of counselor, offering an answer to the dissonance and stresses of modern life, triggered by high-speed socio-economic transformation, dislocation of communities and the atomization of society. 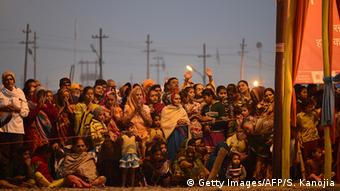 "The scope for abuse of trust is enormous. Often, even the family of the alleged victim prefers the guru's version to that of a blood relative," she explains.

Prabir Ghosh, general secretary of the Science and Rationalists' Association of India, believes devotees are beholden to these holy men by becoming part of the faithful.

"We Indians are great believers in miracles and feel that somebody can get us out of our miseries. This is the prime reason we fall for these godmen," says Ghosh.

Starting out as small time preachers from villages and towns in the country's rural hinterland, these so-called holy men cultivate a relationship with poor locals and over time, they acquire cult status commanding a huge following (and sometimes even political connections) to camouflage their nefarious activities.

"People everywhere in India are prone to mystics. Many fall prey to the saffron robes these godmen wear believing they are true saviors, and afterwards blind faith takes over," Pradeep Singh, a sociologist, told DW.

Despite the scandals and the fall from grace, there is no dearth of self-styled godmen operating in the country. Faith in the unreasonable and irrational remains firm.