Instant divorce debate exposes rifts among India′s Muslims | Asia | An in-depth look at news from across the continent | DW | 19.05.2017

India's Supreme Court is expected to soon deliver its verdict on a contentious divorce practice that violates the right to gender equality of Muslim women. The issue pits constitutional rights against religious custom. 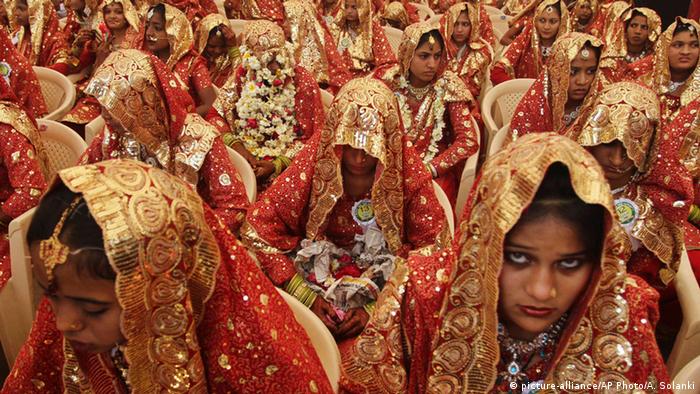 "I was divorced 30 years ago. I then had a two-year-old child and was pregnant too. My husband at that time was not happy with the dowry that was given to him at the time of marriage. It's not that he didn't like me. It was my in-laws who put pressure on him and he uttered those words," 52-year-old Farida Khan told DW.

Khan was referring to the practice of triple talaq - a controversial Islamic way of getting a divorce where a husband can dissolve a marriage only by saying or writing the word "talaq" - meaning divorce - three times to his wife.

It was not an isolated case. Thousands of destitute and illiterate Muslim women in India have had to face the ignominy of triple talaq over the years. In recent times, reports suggest that men have even divorced their wives via text messages, phone calls or Skype.

Upon divorce, women are in most cases left penniless and homeless. They are often forced to fend for themselves with little or no economic support from their former husbands. 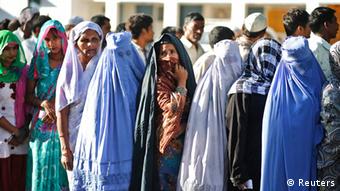 Triple talaq is outlawed even in many Islamic countries, including India's neighbors Pakistan and Bangladesh. But the practice is permitted in India as the country's constitution allows different religious groups to set their own laws governing matters like marriage, divorce, maintenance and inheritance.

And some conservative Muslim groups have opposed changes to the way triple talaq is practiced in the country.

The All India Muslim Personal Law Board (AIMPLB), a male-dominated non-governmental body which oversees the application of Muslim personal law, has been vociferous in its opposition to any ban on triple talaq, arguing that this is a religious matter and not for the government and courts.

The objection has not prevented the tradition from coming under increasing criticism over the past couple of years. The public scrutiny has ignited a raging debate over the issue pitting liberals and women's rights activists against staunchly dogmatic Islamic conservatives.

Even Prime Minister Narendra Modi has waded into the discussion by opposing the practice and asking his supporters to assist Muslim women fighting it. The Modi government has maintained that triple talaq denies Muslim women the basic fundamental rights and leads to their exploitation.

Campaigners seeking a ban on quick divorces have knocked on the doors of the nation's courts, prompting the Supreme Court to recently hear a clutch of petitions challenging the practice's constitutional validity.

A five-judge Supreme Court bench, comprising judges from different religious communities, Sikh, Christian, Parsi, Hindu and Muslim, will determine whether triple talaq is part of the fundamental right to religion of the Muslim community.

The justices on Thursday, May 18, concluded hearing arguments from the two sides of the debate and reserved their decision, which is expected to come out in the coming months. 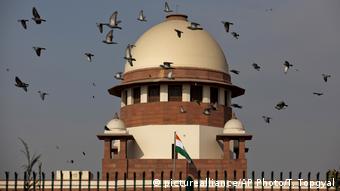 Kapil Sibal, a counsel for the AIMPLB, questioned whether the court was the competent authority to judge the issue and stressed that it could not decide on matters relating to faith.

"Will your lordships decide the faith of 160 million people or is it the responsibility of the legislature?" Sibal said, referring to India's Muslim population that makes up about 13 percent of the country's 1.2 billion people. "Personal laws of Muslims have evolved through 1,400 years of practice. Are we to say now it's un-Islamic?" he questioned.

Senior counsel Amit Singh Chadha, representing one of the petitioners, countered by saying: "The Muslim husband's right to ask for divorce by uttering talaq three times in a row is completely unilateral, unguided, absolute and has no rationale. It cannot be identified with Muslim culture and is not part of Muslim law. So it is not part of religion and hence not part of the right to practice or propagate religion and deserves no protection."

The AIMPLB's opposition to banning instant divorce mainly stems from its staunch resistance to any government involvement in Muslim affairs, which it says is needed to preserve the community's distinct identity in Indian society.

The organization feels triple talaq has acquired focus suddenly because Modi's Bharatiya Janata Party-led government wants to interfere in their religion with the aim of introducing a uniform civil code in India.

"Obviously, this has stoked fears of the separate identity of the community being obliterated. Triple talaq has the sanction of the Quran and forms part of Muslim personal law," said AIMPLB member Kamal Farooqi. 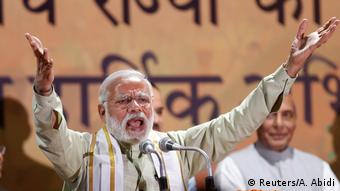 However, women groups and activists disagree strongly and feel the two issues should not be mixed up.

"There is no place for triple talaq either in any civilized society or even in Islam. But in India, the people who claim to be the torchbearers of Islam have been forcing this down. They have kind of validated this triple talaq," says Shabnam Hashmi, the founder of ANHAD, an organization fighting to have triple talaq abolished.

"Issues of identity and economic survival have put the basic rights of women on the backburner. Definitely there is politics and there are patriarchal vested interests in continuing instant triple talaq," Maimoona Mollah of the All Indian Democratic Women Association told DW.

Against this backdrop, all eyes will now be on the Supreme Court when it delivers its judgment to see how it tackles this complex yet sensitive issue.

Even if the court decides to outlaw the custom, that is unlikely to automatically deter a husband from deserting and abusing his wife, rights advocates say. They argue that it's necessary for the government to strictly enforce measures to improve literacy levels among Muslim women and raise awareness of the laws put in place for their empowerment.

Despite India stiffening its laws on sexual crimes, nothing much has changed on the ground. A rash of sexual assaults recently once again sparked intense discussion about attitudes towards women. Murali Krishnan reports. (21.02.2017)

WorldLink: The wives left behind by 'triple talaq' instant divorce