Indian Muslims stonewalling reform of instant divorce law | Asia | An in-depth look at news from across the continent | DW | 13.08.2015

Muslim men in India have been divorcing their wives over text message, phone call or even social media websites, due to an ancient Islamic law. A new report shows that Muslim women are fed up. 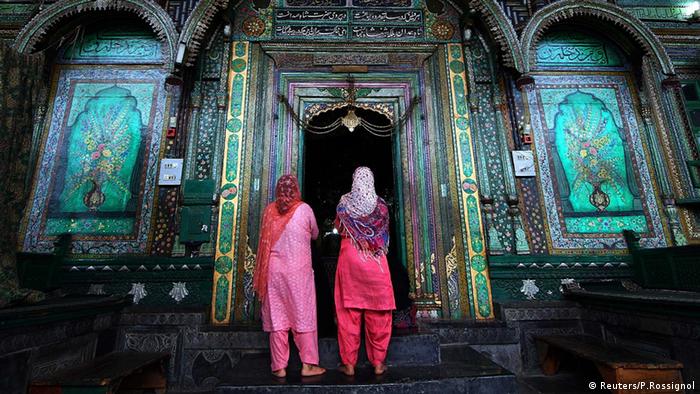 A new study indicates that 92.1 percent of Muslim women in India want a total ban on instant oral divorce. The report was released by Bharatiya Muslim Mahila Andolan (BMMA), an organization led by Muslim women fighting for the rights of Indian Muslims, on Tuesday.

Women are being informed of their divorce via telephone, text message, and even social media with reasons ranging from poor cooking skills to wardrobe and accessories choices under the current system. As female Muslims don't have the same right under religious law, women are left vulnerable and insecure.

With the widespread support of Muslim women, organizations like BMMA are pushing for the so-called 'triple talaq rule' to be banned in India.

The Koran permits men to divorce their wives by repeating the Arabic word 'talaq' - meaning 'I divorce you' - three times in a row. Many religious scholars believe that talaq must be spoken once every month over a three-month period before the divorce is finalized.

Most Muslim countries, including Pakistan, have outlawed the triple instant divorce practice to avoid impulsive divorce, a practice discouraged in Islam. However, the rule is applied differently from country to country. This situation leaves India, a majority Hindu nation, with one of the strictest interpretations of the triple talaq tradition in the world.

The practice has been criticized on Twitter from people around the world.

Women's rights organizations argue that instant divorce should be outlawed, pushing for religious courts to adopt a more moderate interpretation. This proposal is opposed by clerics and conservative Muslim bodies such as the All India Muslim Personal Law Board. While they acknowledge the serious consequences of the law on women, their efforts have been focused on applying a mandatory reconciliation law.

"Any attempt at reforming the law is stonewalled in the name of not interfering with [Muslims'] religious matters," Zakia Somani, a co-founder of BMMA, told DW. "They say that law is divine. We all know that law is manmade."

For Somani, such legislation is literally 'man'-made. She critiques the lack of female representation on important boards controlled exclusively by men.

"All these aspects are governed by the common sense and understanding of the religious people who deal with these matters and they are 100 percent male," she said. "Their understanding is also very limited and very patriarchal. As a result, we have incidents of triple talaq and polygamy."

Women's rights organizations are receiving support on social media for their campaign.

As a secular country, Indians enjoy freedom of religion and the government gives space for minorities to practice their religion openly. There has been a push for a uniform civil court that would cover civil matters in a national system, instead of laws determined by religion.

However, minorities fear that such a change would force laws passed for the Hindu majority onto their communities. The rights of the Muslim minority are protected under the Muslim Personal Law, which allows clerics to apply Islamic laws on civil issues such as divorce.

Karuna Nundy, an advocate at India's Supreme Court, believes it is possible to reform the triple talaq rule that would protect women's rights and religious freedom, both guaranteed under India's constitution. She stresses that women must be included in the process.

"In terms of reforms, female Muslim leaders like Zakia Somani and eminent Muslim jurists and theologians need to be brought to the table to reform the interpretation that is consistent with the Koran as well as the constitution and the Convention on the Elimination of all Forms of Discrimination against Women (CEDAW)," she said to DW.

A status of women report released last month by a government committee also condemned the custom and recommended it be banned.

The practice of exchanging money or goods for a bride remains common in Uganda. The country's highest court has ruled parts of the practice unconstitutional, paving the way for a greater protection of women rights. (06.08.2015)

Authorities in Kathmandu have issued the country’s first passport to a person of a third gender. Despite progressive gender laws, transgendered individuals still face discrimination. (10.08.2015)