The Colombian monkeys that could save themselves and their habitat | Environment| All topics from climate change to conservation | DW | 02.01.2018

The Colombian monkeys that could save themselves and their habitat

Colombia's cotton-top monkeys and other primates play a key role in preserving their ecosystems. Yet they are under threat due to deforestation, farming and the illegal pet trade. 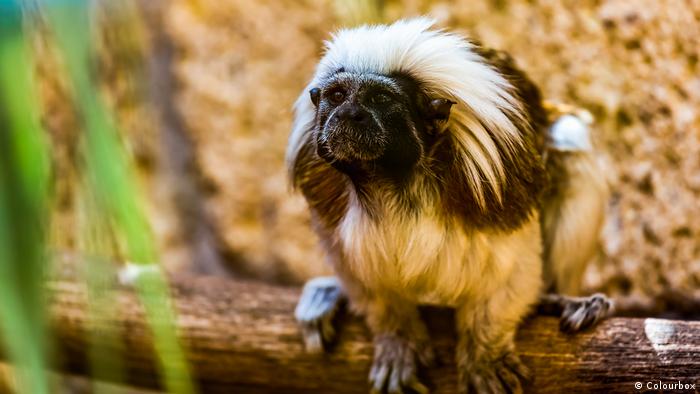 Having grown up with nine siblings in Colombia, one of the first characteristics that stood out to Rosamira Guillen about the country's cotton-top tamarins was their affinity to family.

Squirrel-sized primates with fluffy white manes, the monkeys communicate with each other in almost 40 distinct chirps and whistles.

"You get mom and dad and the kids," says Guillen, director of Proyecto Tití, a non-profit devoted to protecting these monkeys, which are endemic to the rainforests of northern Colombia. "The kids learn from the parents and there is always one cotton-top in the family that is watching for any threats."

These animals — also known as titís — don't only protect their families. They also help biodiversity in their ecosystems by dispersing — through their feces — seeds from fruit such as mangos and papayas.

The poop of such seed dispersers is vital for the survival of the tropical dry forests of Colombia.

Large-scale agriculture, hydroelectric projects, locals chopping down trees for charcoal and firewood — and, in recent years, palm oil plantations — have led to the destruction of almost 95 percent of the monkeys' historic habitat.

Now, their terrain consists of a series of forest fragments making up 720,000 acres. This makes the tamarin monkeys one of the most endangered primates on the planet, with only around 7,000 left in the wild.

An emotional bond with nature

This is where organizations such as Proyecto Tití step in, seeking to educate the public about the importance of the tamarin to the ecosystem. In some tropical forests, up to 90 percent of plants have fruits that can be spread by frugivorous animals. 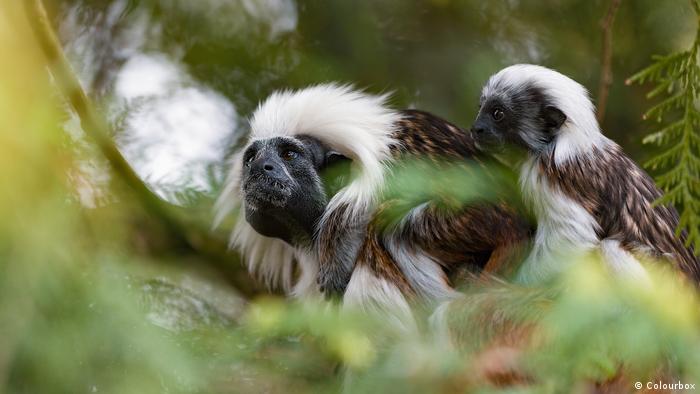 Squirrel-sized primates with fluffy white manes, the monkeys communicate with each other in almost 40 distinct chirps and whistles.

Guillen says their goal is to "get kids really excited to do something about it." Like many Colombian costeños (those living in the country's northwestern coast), she knew nothing of the monkeys when she was growing up.

Proyecto Tití uses storytelling, games, arts and crafts to teach elementary and middle-school students in rural communities how to protect the endangered monkeys. Since 2010, more than 2,500 students have participated in the program which also takes kids into the forest to meet one of the long-term study groups of tamarins. Guillen believes that seeing the animals in their natural habitat enables the children to establish an emotional bond.

The importance of biodiversity

The importance of biodiversity

"The main connection we try to create," says Guillen, "is to show how endangered they are, and how close to extinction they are — not to get people depressed, but to get people really excited about helping and doing something about it."

Guillen aims to create national pride for the unique animals by emphasizing that the species is only found in northwestern Colombia. She's helped make August 15 the Day of the Cotton-Top Tamarin, where locals dressed in colorful tití costumes parade down the street.

The organization also partnered with the Walt Disney's Animal Kingdom to provide dog training classes, encouraging locals to have dogs rather than monkeys as pets — since many cotton-tops have been caught as part of the illegal pet trade.

Proyecto Titi also works with local communities, many of them underprivileged, to create sustainable alternatives to cutting down wood, such as crafting and selling eco-backpacks, plush toy titís and plastic fence posts to substitute wooden ones.

Such small but significant steps are important for protecting not only the cotton-tops, but other species in the ecosystem. Like other seed dispersers, the titís are especially sensitive to habitat disturbance, and are the first to be harmed by habitat fragmentation and loss. 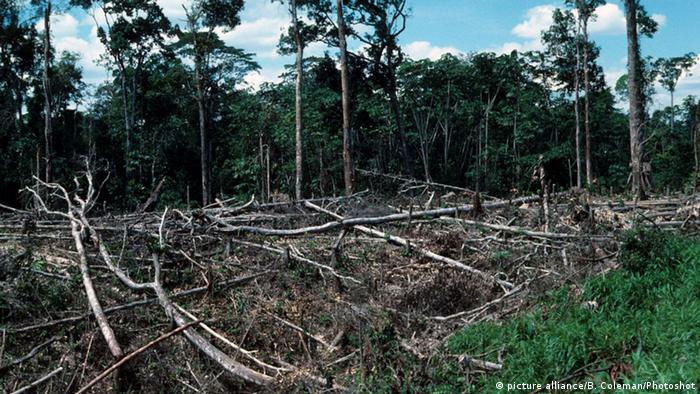 Proyecto Titi works with local communities, many impoverished, to create sustainable alternatives to cutting down wood.

"The decrease of the populations of frugivorous [fruit-eating] mammals can directly and indirectly affect the regeneration of the plants," says Carolina Santos-Heredia, a postdoctoral researcher in conservation biology at the Industrial University of Santander in Colombia.

Primary seed dispersers  such as the cotton-top play a crucial role in the dynamics of plants populations, in particular for forest regeneration, colonization, gene movement, and spatial distribution of plant species.

Such seed dispersal gives plants adaptive advantages such as the ability to escape predation and colonize new areas.

"Most seed dispersers contribute positively to the diversity of plants, by helping in the arrival of new species to local habitats and by homogenizing the distribution of individuals of different species," says Pablo Roberto Stevenson Diaz, a biology professor at University of Los Andes in Colombia.

Declining populations of dispersing mammals also dramatically limits the feces available for secondary seed dispersers such as the dung beetle, Santos-Heredia points out.

The aptly named insects build dung balls that contain seeds, usually small ones. The beatles then transport and bury these balls beneath the soil's surface. The seeds then go into a dormant state, and usually do not germinate until their environment changes — for example, if a tree falls down, or the soil gets exposed to light.

A landscape architect by training, Guillen is currently leading a project around designing a web of forest corridors near Colombia's northern coast. Each one is around 30 meters long, and will make it easier for the cotton-tops to travel between land that's been fragmented due to cattle ranching. 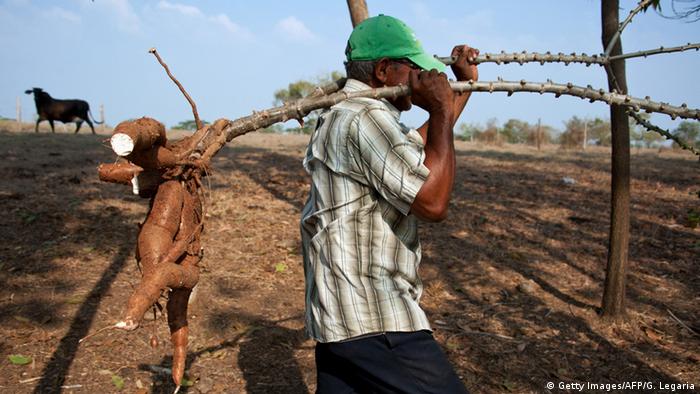 The design of forest corridors will make it easier for cotton-top monkeys to travel between land that’s been fragmented due to cattle ranching.

The completed project, which will include land purchasing and negotiations with the landowners and local government, is planned to encompass around 2,000 hectares.

Being able to travel between pockets of forest with greater ease will grant the cotton-top monkeys a greater likelihood of surviving, and help the ecosystems they inhabit do the same.