Cheer up! Can optimism help protect the environment? | Environment | All topics from climate change to conservation | DW | 26.04.2017

Cheer up! Can optimism help protect the environment?

Is the state of our environment really all doom and gloom? The first Conservation Optimism Summit suggests a need, as well as a cause, for optimism. 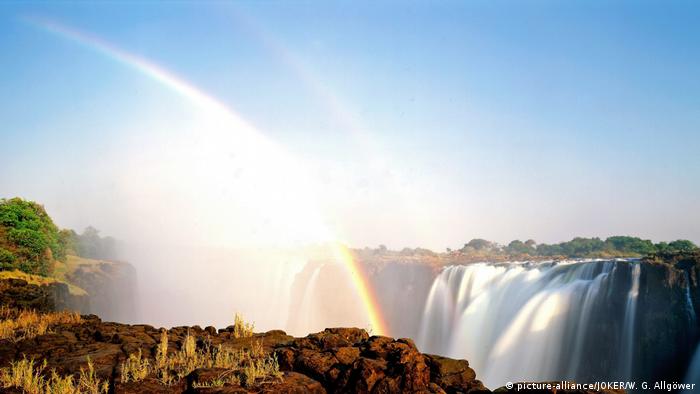 Watching the news or browsing through your Facebook timeline, you might get the impression that our planet is doomed. Resource extraction, mass extinction of species and climate change - the list of reasons to worry is long.

But it's not all bad. There are plenty of conservation successes; they just don't hit the headlines often. 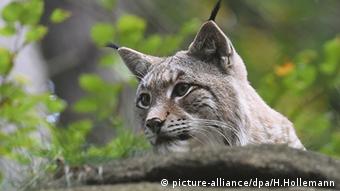 A lynx in Germany

For example, did you know that lynxes are successfully being reintroduced to their old haunts in Central Europe or that the tiger population in India is increasing for the first time in a century? That's not all. Manatee populations have rebounded by 500 percent over the last 26 years and some species we thought were extinct have been "rediscovered."

The first Conservation Optimism Summit aimed to celebrate such conservation successes and shift the focus to a more cheerful narrative. Eleanor Jane Milner-Gulland, Professor of Biodiversity at Oxford's Department of Zoology, is one of the figures spearheading the event, which was held in London from April 22 to 24 and drew 300 conservationists from around the globe. For her, optimism is important to learn what works, so it can be replicated. Unlike the doom and gloom stories that paralyze us, it empowers and inspires people, she says.

More conservation success than you think

Milner-Gulland would like to remind us that our baselines are shifting. We often forget what we already achieved, she says.

And sometimes conservation efforts lie hidden in areas we don't expect. Think about big cities. Many of us might see cities as gray concrete jungles but they have plenty of potential, according to ethnobiologistUgo D'Ambrosio. 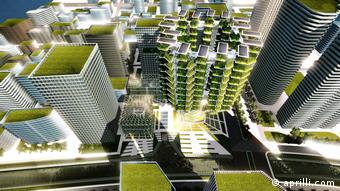 Prototype of an urban skyfarm

"If we build vertical gardens, they could bring biodiversity. The garden could attract birds and butterflies. So now in many cities, they already see that if you build them in a vertical way you can include ecosystems in between," said D'Ambrosio, a researcher at the University of Barcelona, who presented his findings on biodiversity in big cities like Barcelona at the summit.

In the course of his research, D'Ambrosio also found that people are once again cultivating crop plants that were common 30 or 40 years ago, as well as lesser used varieties.

For instance, a type of nutritious and gluten-free buckwheat had almost disappeared from the menus and fields of Catalonia, but is now celebrating a revival. "There is a big movement of mostly farmers and local people in the proximity of Barcelona, who are growing buckwheat and old varieties of other crops," he says.

Migration can also have a positive effect on diversity of food available. African farmers are bringing different types of aubergines with them from their own countries and growing them in Barcelona, says D'Ambrosio. 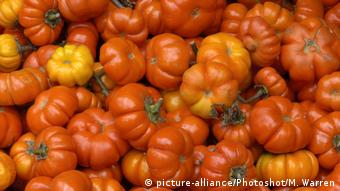 "The farmers from Catalonia look at that and ask 'what is this?' So at some point maybe the Catalonian farmer will start planting the African aubergine. It's not that the aubergine is taking out something from the market. It adds to what we had, so it is increasing the diversity," D'Ambrosio surmises.

Conservation successes not only spark optimism, the mechanism also works the other way round. Participants of the summit say optimism as a mindset has helped them to achieve conservation goals.

Kerstin Forsberg from Peru dreamt of protecting marine wildlife, especially turtles and manta rays in her country's north, which is home to the world's largest manta ray population. At the age of 22 she quit her secure and well-paid job and founded the environment NGOPlaneta Océano. Since then, she has had to compete for funding with larger and more established NGOS. But her courage has paid off. Today Planeta Oceano has eight employees and is collaborating with fishermen, schools and the government. 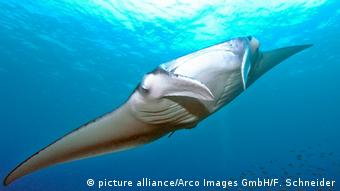 The NGO has reached over 20 000 people on the ground already. One of the biggest successes for Forsberg was in 2016 when Peru placed its manta rays under protection. Optimism is certainly a large part of her outlook.

"If you start at an early age, definitely not everything is perfect; there are a lot of challenges to overcome, so optimism helps you to have that perseverance to overcome these challenges. At the end of the day, there will be failures, there will be barriers, but if you don't have optimism, you can't overcome them," says Forsberg.

The summit taps into the idea that networking and exchange are central to maintaining optimism. Both Ugo D'Ambrosio and Kerstin Forsberg are part of theGlobal Environments Network, a group of young environmental leaders who are actively seeking solutions to environmental and social problems.

"People have talked about 'hope' as well. I see hope as a relatively passive thing, where you are just saying 'against all the odds, against all the evidence I keep on hoping,' whereas optimism seems to me to be an active seeking out of success," she says.

Still, the brand of optimism promoted at the summit isn't about ignoring failures or failing to recognize what is left to do. It's about understanding and learning from success and thinking about what path to take moving forward – and it is more than just a mindset, says Milner-Gulland.

"We need to change as a species the way in which we interact with our environment and our planet," Milner-Gulland says. "And that is going be a big thing to do and the only way to catalyze that is to have an optimistic way of thinking."