Testing times for transatlantic ties | News and current affairs from Germany and around the world | DW | 01.05.2014

As the West scrambles for a response in the Ukraine crisis, arguably the two most important players are meeting in Washington. However, as Volker Depkat writes, their ties are facing testing times. 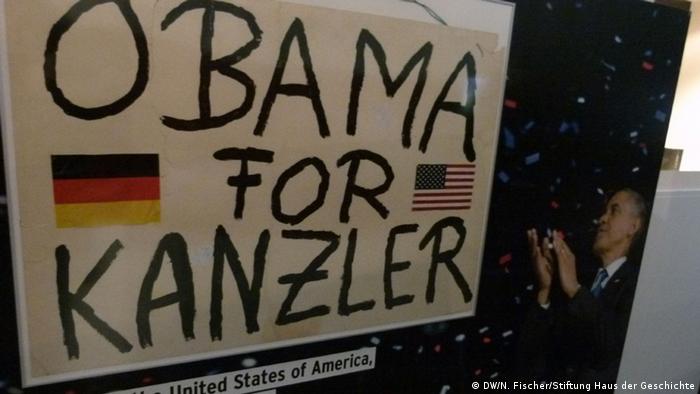 German-American relations have seen better days. While there was a disturbing amount of empathy and understanding for Russia's President Vladimir Putin illegally annexing Crimea among German journalists, politicians and intellectuals, these same people are highly suspicious of everything the US does these days.

Chancellor Angela Merkel's visit to Washington, DC is widely seen as delicate because it is her first personal meeting with President Barack Obama since Cell-Phonegate. Last fall, just weeks after President Obama's trip to Berlin, which conjured up the deep German-American friendship at the Brandenburg Gate, German-American relations hit another low point, when it became known that the NSA had been spying on the German chancellor, who is widely admired in the United States because of her sturdy embrace of individual freedom, home-grown in the GDR during the communist dictatorship, and her supposed ability to run the economy.

It is not only a question of cell phones, however. The current state of German-American relations suffers from a whole set of unsolved problems. There is Edward Snowden and the very different perceptions of him and his deeds in Germany and the United States. There is the German wish for a No-Spy-Agreement, which Washington is unwilling to grant. There is the American drone warfare conducted from German soil. There are the controversies around the Transatlantic Trade and Investment Partnership (TTIP), and, of course, Guantanamo continues to be a thorn in the German-American flesh.

The transatlantic differences become even more visible because all actors involved are continuously stressing the stability of the German-American friendship. While there is no need for alarm as both countries continue to be so deeply entangled with each other politically, economically and culturally that mutual interests will prevent them from ever breaking up completely, there is no denying that the United States and Germany have become estranged from each other. This estrangement did not start with Edward Snowden, NSA, and the federal cell phone.

Ironically enough, it began with the fall of the Berlin Wall and the collapse of the Soviet Union in 1989/91, when both partners reoriented themselves, beginning to pursue their own post-Cold War agendas and starting to move into different directions. The unified Germany first turned inward, then continental and became a motor of European integration. The US turned its back on Western Europe, got more interested in the new democracies in Eastern Europe, put greater emphasis on hemispheric relations, and directed its energies to the Asian countries more than before.

Yet, the current German-American problems do not just involve 'hard' political interests and economic issues. In the end, it is all a matter of trust - and this trust is eroding. In the debates about the NSA and Edward Snowden, about drone wars and TTIP, both sides are also negotiating whether they still can trust each other. They are debating how they see themselves, how they are being seen by the other side, and how they want to be seen by each other. On both sides, this debate is marred by clichés and age-old stereotpyes, irrational fears and myths that one would not expect in a friendship so old and mutually beneficial as the one the United States and Germany have enjoyed since 1945. 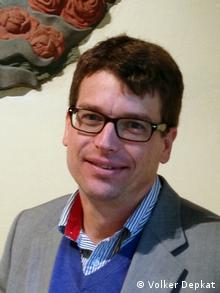 Very telling in this context is the recent public relations offenisve by the US embassy in Germany to counter European anxieties connected to TTIP. Everyone visiting the website is asked to "pick a myth," only to have it refuted with facts and rational argumentation provided by the US government. The TTIP-related myths you can pick range from "TTIP is undemocratic/the process lacks transparency. Why can't people vote on it?" to "TTIP will force Germans to accept genetically modified foods and will force Germany to abandon laws to protect the environment."

These government-identified myths reveal a lot about how the US perceives Germany these days. At the same time, you don't start something like this, unless you have the feeling that transatlantic misunderstanding abounds, and that nothing less than mutual trust is at stake.

This erosion of trust is driven by very different historical experiences. Some of them go way back to the 18th and 19th centuries, some of them are pretty recent. Regarding the more recent experiential divides, one should not forget that German-American relations are still moving in the shadow of 9/11. The terrorist attacks on the Pentagon and the World Trade Center of September 11, 2001 opened up a deep emotional divide between the Old World and the New World that has not been closed since. The experience of being attacked on one's own soil by enemies coming from within shocked Americans to a degree hardly imaginable in Europe.

Before 2001, terrorism from an American perspective was always something that either happened to others or to Americans in other countries but never at home. Europeans, in contrast, had not only learned to live with terrorism in their midst by 2001. Prior to 1945, they had spend so much time going to war with each other and throwing bombs on each others cities that they - cyncially enough - could never fully understand, why Americans were so shocked when the planes hit the World Trade Center, regardless of all articulations of empathy.

Much of America's reaction to 9/11 - the global "War on Terror," Guantanamo, Homeland Security, and last not least the NSA - strikes Europeans as overdrawn, while the US considers all these measures necessary to ensure their citizens' safety and to defend their way of life based on individual freedom and self-determination. In many ways the American fears that strike Europeans as paranoid are actually the fears of modern societies. Modern societies are open and pluralistic, and the fear of being destroyed by 'enemies within' is something like their Urangst. This anxiety, paranoid or not, created the broadly shared consensus among Americans about the legitimacy and necessity of the drastic security legislation passed in the aftermath of 9/11.

President Obama did not change one of the security measures initiated by the administration of George W. Bush in response to the terrorist attacks. Guantanamo continues to operate, the Department of Homeland Security is still there, and also the centralization of America's many intelligence agencies under the roof of the NSA was not changed by the Obama administration. In all, therefore, the NSA's spying on Chancellor Merkel's mobile phone is still an effect of 9/11, and the German-American controversy revolving around it results from the deep emotional gap opening up on that day.

Volker Depkat is Professor of American Studies at the University of Regensburg, Bavaria.

'US sees Germany as a beacon of light in the EU'

Modern, forward-looking and successful - the image that Americans have of Germany is better than ever, a new survey shows. The director of the study Andrew Hare tells DW why Germans are so popular in the US. (31.01.2014)