New details have emerged about Tesla's plans for a brand-new "Gigafactory" outside of Berlin. The massive project is set to bring thousands of jobs to the area, with construction slated to begin in early 2020. 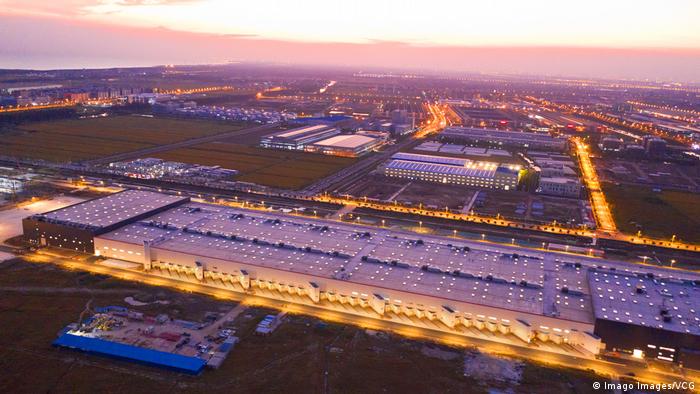 Tesla plans on investing up to €4 billion ($4.4 billion) in a new electric car factory near Berlin, German media reported on Sunday.

The new "Gigafactory" is due to be built in the town of Grünheide outside the German capital and will be Tesla's first European car and battery plant.

The Brandenburg state government told news agency DPA that at least 3,000 people could be employed at the factory, and that the number of employees could rise up to 8,000 after an expansion.

Construction on the massive project is slated to begin in the first three months of 2020, with the plant expected to be up and running by the end of 2021.

In order for construction to begin soon, however, the company needs to quickly submit paperwork to secure the required permits, local public broadcaster rbb reported.

Although Tesla is planning on spending billions on its new factory, the US company can expect around €300 million in subsidies from the European Union, according to the Bild am Sonntag newspaper.

Tesla boss Elon Musk had announced his company's plans to build the fourth Gigafactory near Berlin earlier this week, adding that Tesla will also set up an engineering and design center in the German capital.

The factory is set to build the company's future Model Y compact SUV as well as batteries and engines.

In typical Elon Musk style, he almost casually announced plans to build the European Tesla factory on the outskirts of Berlin. For German carmakers the plans have come just at the right time, says DW's Henrik Böhme. (13.11.2019)