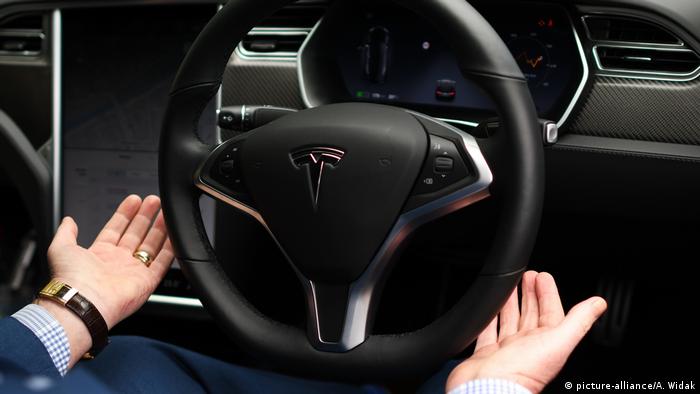 The best-known producer of electric cars, Tesla, will build a car and battery factory near Berlin, founder and CEO Elon Musk announced in the German capital on Tuesday.

Musk said via Twitter that Tesla "will build batteries, powertrains and vehicles, starting with Model Y" lower-priced sports utility vehicle at the factory.

According to Bild, Musk said the factory would be built near the construction site of the unfinished Berlin airport. Musk made the announcement after the Tesla Model 3 snatched the award for the best car in the middle/upper vehicle class.

"Everyone knows German engineering is outstanding for sure. You know that is part of the reason why we are locating Gigafactory Europe in Germany," Musk said at the awards.

Musk also said that Tesla would be opening a design and engineering center in Berlin, reported the Electrek magazine, a publication specializing in E-mobility. They also cited Musk as saying that the factory would be built in the "Berlin area."

The Tesla CEO did not immediately provide details on the factory size or the number of employees. At the same time, the company started listing jobs for the Germany site on Tuesday.

German Economy Minister Peter Altmaier said after the announcement that there had been no discussion yet of government subsidies for Tesla.

"Subsidies have not yet been discussed. It's clear that Tesla — if it invests in Germany and creates jobs here, will be treated like all other companies in the automobile and automotive industry," Altmaier told reporters.

"That means we will treat all players who invest in Germany equally and without discrimination," he said.

"Tesla's decision to build an ultramodern factory for electric cars in Germany is further proof of the appeal of Germany as an automotive hub," Altmaier said.

Musk has been speculating on a European production site for several years, and various European countries have mounted campaigns to lure the manufacturer to their soil. Tesla also considered multiple sites within Germany, with Musk saying that "the German-French border makes sense" as a factory location.

"Tesla is coming to Brandenburg with a big investment," Dietmar Woidke, state premier of Brandenburg, which encompasses Berlin, said in a statement. "We lobbied for this for a long time in intensive talks and with good arguments."

Woidke told broadcaster RBB that the decision was a "huge success" that was helped by the fact that Brandenburg had guaranteed access to renewable energy in the future. He evaded questions on the extent to which Tesla would recieve subsidies.

"We are operating within the framework of the European Union's state aid rules. That applies to all countries in Europe, that is the framework we have. Of course we will do our best to create good conditions for Tesla in accordance with these possibilities."

Will Tesla soon be 'Made in Germany'?

The Silicon Valley carmarker is facing major profit pressures yet it retains big global ambitions. A report says that the company is in talks with two European countries over the building of a huge factory. (31.07.2018)