Musk says calling diver 'pedo' was not an accusation of pedophilia

After a UK rescue diver sued Tesla CEO Elon Musk for defamation, Musk said that calling the diver "pedo guy" was not meant as an accusation of pedophilia. Separately, the billionaire described him as a "child rapist." 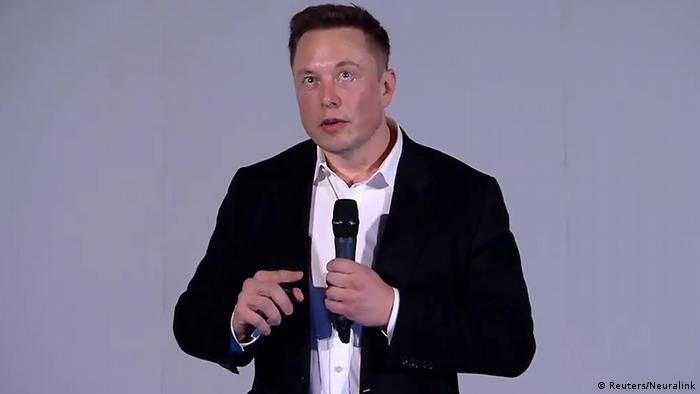 Tesla CEO Elon Musk said he meant to insult British diver Vernon Unsworth but not accuse him of "engaging in acts of pedophilia" by calling him "pedo guy" in a tweet.

In a filing to a Los Angeles court on Monday, Musk said that "pedo guy" was a common insult when he was growing up in South Africa.

"It is synonymous with 'creepy old man' and is used to insult a person's appearance and demeanor," the billionaire said.

"In response to his insults […], I meant to insult him back by expressing my opinion that he seemed like a creepy old man."

Vernon Unsworth played a key role in the rescue of 12 Thai boys and their football coach from a partially submerged cave last year. The conflict between the 64-year-old diver and Musk started after Musk visited the scene and suggested the rescuers use a miniature submarine Musk had designed.

In a subsequent interview with CNN, Unsworth dismissed the idea, saying that it had "absolutely no chance of working." He also said the device was "just a PR stunt" and the Musk could "stick his submarine somewhere where it hurts."

Two days later, Musk struck back on Twitter, calling him a "pedo guy" and implying it was suspicious that Unsworth was living in Thailand, referring to the country's reputation for sex tourism.

Faced with a backlash, Musk deleted the tweet and apologized, saying that his words were "spoken in anger after Mr. Unsworth said several untruths & suggested I engage in a sexual act with the mini-sub."

The 13 trapped individuals were eventually saved without using the submarine, after rescuers taught them to use scuba gear.

Despite his apology, Musk soon returned to the topic on Twitter, saying "You don't think it's strange [Unsworth] hasn't sued me? He was offered free legal services." A day later, US news outlet Buzzfeed reported that the diver was preparing a lawsuit and contacted Musk for comment.

Musk replied with an email, which he claims was meant to be off-the-record, in which he tells the Buzzfeed reporter to "stop defending child rapists."

He also said Unsworth married a "child bride who was about 12 years old at the time."

Unsworth, who has 41-year-old girlfriend in Thailand, has rejected all the allegations.

According to the latest court filings, Musk said that one of his aides hired a private investigator to look into the diver, and that Musk's email to Buzzfeed was based on the aide's summary of the investigator's report. Musk said that, at the time, he did not know the claims he made were false.

Unsworth is seeking monetary compensation and a court order to stop Musk from making any more allegations. The trial is set to start in December.