The CEO of Tesla cannot drop his beef with the British cave rescuer, insisting without evidence he is a "child rapist." Tesla's share price has now lost almost a quarter of its value. 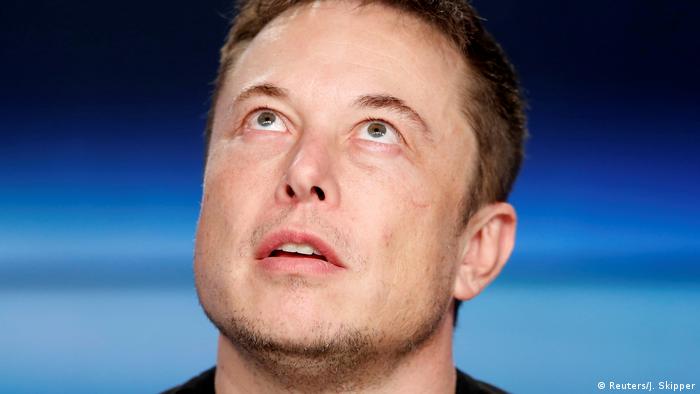 This is the fourth time Musk has taken aim at the diver, who was involved in the dramatic rescue of a young football team from a Thai cave, but it is just one of the erratic moves the embattled CEO has demonstrated in recent months.

Timeline of the 'pedo guy' saga:

After sending Musk questions on the legal action, Buzzfeed have published emails sent in response in which he intensifies his attack on Unsworth.

"I suggest that you call people you know in Thailand, find out what's actually going on and stop defending child rapists, you fucking asshole,” Musk wrote to the Buzzfeed reporter. "He's an old, single white guy from England who's been traveling to or living in Thailand for 30 to 40 years, mostly Pattaya Beach, until moving to Chiang Rai for a child bride who was about 12 years old at the time. There's only one reason people go to Pattaya Beach. It isn't where you'd go for caves, but it is where you'd go for something else."

Unsworth's lawyer L. Lin Wood told Buzzfeed that Musk's claims were unfounded. "Elon Musk can tweet his vindictive and vicious lie about Mr. Unsworth a hundred times and it will still be a lie," Wood said. "After deleting the initial accusation and tweeting an apology, Mr Musk has continued to republish his false and unsupportable accusation. His conduct demonstrates that his recklessness is intentional and designed to harm Mr. Unsworth."

Erratic behavior: Musk's increasingly erratic behavior has cost shareholders. Aside from the "pedo guy" saga, he has become the subject of a stock price manipulation investigation after suggesting he was going to take the company private and falsely claiming he already secured funding to do so.

Production hell: In an hour-long interview with the New York Times he blamed an intense work-weeks, high stress, and overuse of Ambien for his public outbursts. He has been in "production hell" trying to bring production of the mass-market Tesla 3 to high enough levels and has reportedly been working 120+ hour weeks.

Will Tesla soon be 'Made in Germany'?

The Silicon Valley carmarker is facing major profit pressures yet it retains big global ambitions. A report says that the company is in talks with two European countries over the building of a huge factory. (31.07.2018)

The chief executive officer of US carmaker Tesla has said on Twitter he is considering taking the company private. Investors reacted positively to the announcement, with shares up considerably within minutes. (07.08.2018)

Two weeks after suggesting he would take his company private, Tesla CEO Elon Musk has reversed the plan. He says staying on the public stock markets is a "better path" for the firm. (25.08.2018)