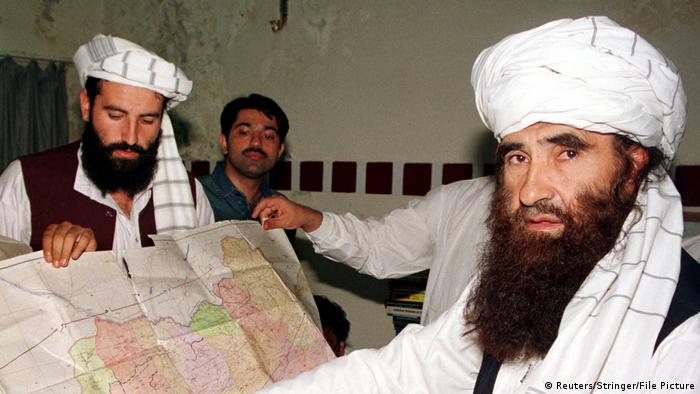 The founder and head of the Haqqani network insurgent group, Jalaluddin Haqqani, has passed away after a long illness, according to a Taliban statement.

"Just as he endured great hardships for the religion of Allah during his youth and health, he also endured long illness during his later years," the network's allies in the Taliban announced. The statement did not disclose Haqqani's time or date of death.

Media had reported Haqqani's death back in 2015, but the Taliban and family members denied those claims. The Afghan militant group has in the past covered up the deaths of previous leaders, such as that of Taliban supreme commander Mohammed Omar, which was kept under wraps for two years.

Haqqani founded his insurgent network in the 1970s. It rose to prominence during the following decade as an anti-Soviet guerrilla group backed by the United States Central Intelligence Agency (CIA) in the Soviet-Afghan War. His leadership of the mujahideen troops against the Soviet Union garnered special attention from the CIA and even earned him a visit from US congressman Charlie Wilson.

From US ally to leading terrorist

However, Haqaani would go on to ally his network with the Taliban, the Sunni Islamist political movement in Afghanistan, and foster close ties with other Arabic jihadists such as Osama bin Laden. He would later be appointed as a Taliban minister.

Following the US' invasion of Afghanistan in 2001 and subsequent ouster of the Taliban, the Haqqani network became known for carrying out well-organized attacks against Afghan and American troops, as well as civilians. The group was most recently blamed for the May 2017 truck bomb attack in central Kabul, which killed 150 people, although its members deny any involvement.

Haqqani's network also carried out several high-profile kidnappings, including that of Canadian Joshua Boyle, his American wife Caitlan Coleman, and their three children — all born in captivity — who were released last year.

The US declared the Haqqani network a terrorist organization in 2012, while Pakistan banned the group as part of its National Action Plan. American and Afghan officials, however, have said the network operates with the support of Pakistan's intelligence services, accusations Islamabad rejects.

Haqqani ceded control of the group some time ago to his son Sirajuddin Haqqani, who is now also the deputy leader of the Afghan Taliban.

The groups is currently based in Pakistan's North Waziristan region.

Why are Kabul and Washington not participating in Moscow-led Taliban talks?

In an interview with DW, South Asia expert Michael Kugelman explains why Kabul and Washington turned down Moscow's invitation to participate in an Afghanistan peace conference next month. (24.08.2018)

The Pentagon said it would no longer tolerate Pakistan's "lack of actions" when it comes to dealing with militant groups. The latest decision to strip funds comes ahead of a high level visit to the country. (02.09.2018)