Could the next Taliban leader pose a bigger threat to peace?

Sources close to the Taliban claim that Pakistan-backed militant Sirajuddin Haqqani could likely succeed Mullah Mansour, who was killed in a US drone strike. Experts say it could be a "nightmare scenario" for the US. 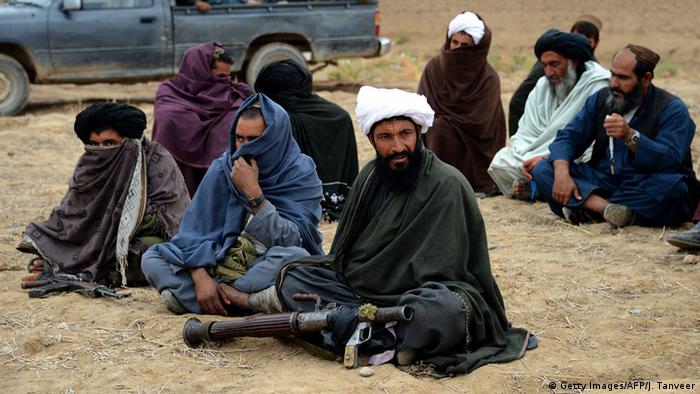 After the assassination of Taliban leader Mullah Akhtar Mansour, US Secretary of State John Kerry expressed hope for Afghanistan's long-stalled peace talks. Mansour had demanded the complete withdrawal of foreign troops from war-torn Afghanistan and the release of all Taliban prisoners. Meanwhile he increased attacks inside Afghanistan to put more pressure on the government of President Ashraf Ghani.

"Peace is what we want. Mansour was a threat to that effort. He also was directly opposed to peace negotiations and to the reconciliation process," Kerry said during his announcement Monday that Mansour was killed in a US drone strike in Pakistan. "It is time for Afghans to stop fighting and to start building a real future together."

President Obama added that the death marked "an important milestone."

But if peace is what Washington wants, its prospects look bleaker than ever after Mansour's death.

Michael Kugelman, a South Asia expert at the Washington-based Woodrow Wilson Center for Scholars, believes Mullah Mansour's killing would only worsen the prospects of the talks. "With the Taliban facing another drawn out succession process, and also facing questions about the safety of its sanctuaries, issues of peace and reconciliation will be the last thing on the group's mind," Kugelman told DW. 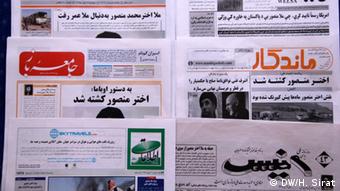 "In the long term, questions about peace will depend on who Mansour's successor is. Mansour had originally been seen as a moderate willing to pursue peace, but clearly the US had come to a very different conclusion in recent weeks," the expert added.

There's the rub: the person most likely to succeed Mansour, according to observers, is one of the deadliest militants in the region.

A senior member of the Taliban shura (the Taliban assembly), which is based in the western Pakistani city of Quetta, was quoted by the Reuters news agency as saying that the next leader was likely to be either Mansour's deputy, Sirajuddin Haqqani, or a member of the family of Mansour's predecessor, Mullah Omar.

The 'Haqqanization of the Taliban'

"If Sirajuddin Haqqani becomes the new leader of the Taliban, then the US would face a nightmare scenario - in effect, the group that it regards as the biggest threat to its troops in Afghanistan would be leading the Taliban insurgency. And that's the last thing the US wants," underlined Kugelman.

Haqqani, whose network has been blamed for high-profile suicide attacks in Afghanistan, has the backing of Pakistan. Washington considers the Haqqani network a terrorist group, and recently it urged Islamabad to launch a military operation against it. So far, the Pakistani authorities - particularly the country's military establishment - have been reluctant to act against the Haqqanis.

Islamabad continues to deny it is backing the network, which is largely based in its Waziristan region close to the Afghan border.

Pakistan no longer believes in separating the "good" Taliban from the "bad," a senior government official said last year.

As Mansour's deputy, Haqqani increased his clout among Taliban ranks to such an extent that a number of analysts have cited a "Haqqanization of the Taliban" in recent months.

"The Haqqanis have long been joined at the hip with the Taliban, so I'd argue that its influence is long-standing, not just increasing recently," said Kugelman. "There is a deep and extended relationship between the Taliban, the Haqqani network, and al Qaeda. While al Qaeda's profile in the Afghanistan-Pakistan region has diminished in recent years, the other two have remained strong - and united."

If that is the case, and if Sirajuddin Haqqani is set to take over the Taliban, Pakistan would be the biggest beneficiary of Mansour's death.

Pakistan's 'lack of will'

It is worth asking what Mullah Mansour was doing in the western Pakistani province of Balochistan, where US drones targeted him. Was Pakistan sheltering the Taliban leader? What does it say about Islamabad's claims that it is committed to peace in Afghanistan?

Islamabad says it is willing to cooperate. It denies claims of interference in Afghanistan and says it wants to facilitate the peace process. Despite a round of successful peace talks between the Afghan government and the Taliban, hosted by Pakistan, there hasn't been a breakthrough on this front either. Afghan President Ghani recently slammed Islamabad for its apparent unwillingness to cooperate in the negotiations. 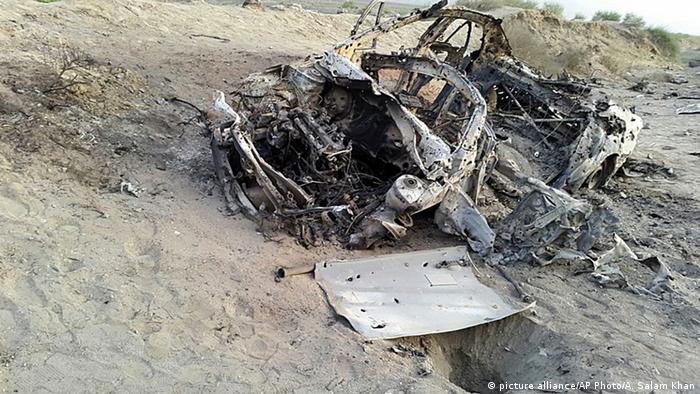 The Ahmad Wal area, where Mansour's car was hit by a drone, is close to Afghanistan

On Sunday, May 22, Pakistan's foreign ministry condemned the drone attack on its territory. The attack near the Pakistani-Afghan border marked the most significant US incursion on Pakistani soil since the 2011 raid that killed Osama bin Laden.

"This is a violation of Pakistan's sovereignty," Prime Minister Nawaz Sharif told the press while on a visit to London on Sunday.

But Hussain Haqqani, the former Pakistani ambassador to the US, said in a Twitter message that it should be investigated as to why Mansour was in Pakistan in the first place.

"It is clear that the Taliban leaders are based in the Pakistani cities of Peshawar, Karachi and Quetta. Pakistan hasn't forced them to shun their activities and stop using its soil," Afghan expert Miagul Wasiq told DW. "If Pakistani officials stop backing them, I am sure the militants will have no option but to join the peace talks."

Kugelman agrees: "Mansour's presence in Pakistan shows that Islamabad either was not interested in cracking down on the Quetta Shura, or that it was not able to do so. Given that the Quetta Shura represents a key strategic proxy for Pakistan, I imagine the operative phrase is lack of will, not lack of capacity."

Shadi Khan Saif, DW's correspondent in Kabul, says people in Afghanistan are celebrating the news of Mullah Mansour's death and are hoping it would lead to stability and peace in their war-ravaged country. 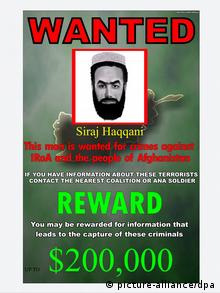 The US government has a bounty on Sirajuddin Haqqani

But some analysts are apprehensive about the situation. They say that Mansour's death could throw Afghanistan into a deeper conflict.

"The Taliban will take revenge. Mansour's death is a blow to a negotiated settlement of the conflict that Pakistan was trying to seek. The Taliban will toughen their stance and violence is likely to surge in the country in coming months," Bakar Najmudddin, a lecturer at Islamabad's Preston University, told DW.

Naufil Shahrukh, a researcher at the Islamabad-based Institute of Policy Studies (IPS), says "it would be difficult to initiate a peace dialogue with the Taliban unless they have a strong leadership."

"If the Taliban are divided and leaderless there is no point of having any meaningful dialogue," Shahrukh told DW.

The expert believes that a lot now depends on President Ghani's government and how it deals with the changing dynamics.

"If the deal with Former PM Hekmatyar is successful, other significant Taliban groups, especially the Haqqani network, could also be engaged and mainstreamed in a similar manner that could pave the way for a long term peace in Afghanistan and the region," according to the IPS analyst.