As the Syrian conflict continues, the incidences of rape and violence against women are steadily rising. Activists are alarmed by the number of lives claimed and broken with impunity. 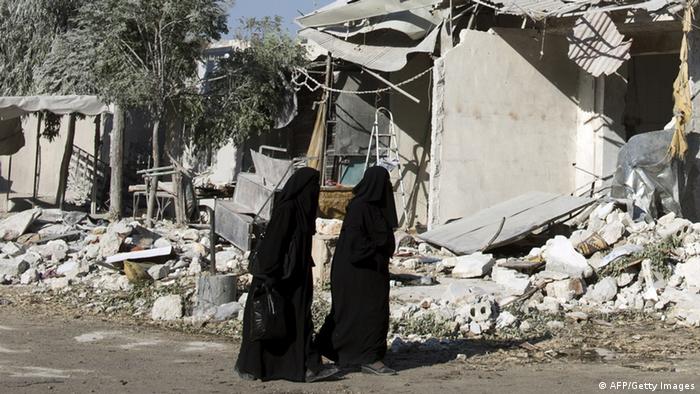 Women are not safe in Syria, and many will struggle to piece their lives back together

The United Nations Security Council calls on all parties to armed conflict to take special measures to protect women and girls from gender-based violence, particularly rape and other forms of sexual abuse, and all other forms of violence in situations of armed conflict.

In the context of Syria, that resolution reads like a utopian ideal. Human rights activists on the ground say as many as 6,000 women have been the victims of sexual violence since the start of the conflict in 2011, while thousands more have been killed, tortured, abducted, held to ransom or used as human shields. And as things stand, there is precious little prospect of the perpetrators being held accountable for their actions.

Abuse of women in war is as old as war itself. As is the culture of impunity that helps to breed it. But too much is known about the devastating and lasting effects of sexual violence on individuals, families and entire communities to allow warring parties to continue to act at will with no fear of legal repercussions.

For manifold reasons, however, affecting change is as complex as it is challenging. Hayet Zeghiche, Communications Director at the Euro-Mediterranean Human Rights Network (EMHRN), says knowing what needs to be done, does not mean it can be easily achieved. 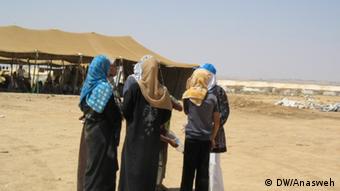 "I do not think it is realistic to totally prevent women from being targeted in an armed conflict situation, because of the very nature of their vulnerability," she told DW. "But if there was a way for us to make sure that every single victim was compensated and had her fair claim for justice, we could at least send a signal that people will be held accountable for what they do."

Yet in patriarchal cultures where the stigma of rape can easily override matrimonial and parental loyalty, encouraging women to come forward and document their experiences is a struggle in itself. In admitting what has been done to them, victims of sexual assault in Syria run the risk of being disowned by their husbands and ostracized by their communities. The EMHRN has documented cases of women left with no choice but to flee to refugee camps where they often face further discrimination and violence.

"Rape is so powerful precisely because of the stigma it carries," Janie Leatherman, author of Sexual Violence and Armed Conflict, told DW. "It is a weapon with a long after-life. A war injury is going to leave scars, but it does not carry the same psychological and cultural implications as rape."

And with the assumption that women who have been detained will also have been sexually mistreated, there is often even an unwillingness to admit to having been abducted.

Besides the stigma, it is often a fear of reprisals and yet more violence that discourages women from naming names and actively seeking the justice they are due. There is a school of thought that says the aftermath of conflicts such as the Syrian one can be as dangerous as the war itself.

"Where we have a loss of social-cultural norms eroded in a war, there is a risk that husbands and family members returning home want to restore their family’s honor by taking a life or raping another woman," Leatherman said.

All told, there is a lot at stake for women owning up to the crimes committed against them. Leatherman argues that in the absence of a reliable judicial system, or in societies where widespread corruption means prisoners can easily buy their freedom, victims are even less likely to testify. 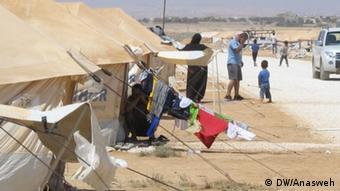 In short, as long as there is no judicial structure in place to handle these crimes as systematically as they were committed, there is more disincentive than incentive to speak out.

Exactly who should be responsible for ensuring justice is done is not clear. The International Criminal Court (ICC) is one obvious player, but Hayet Zeghiche says there also needs to be a local partner.

"I don’t think we can expect miracles just from the ICC if it is not complemented by a serious independent solid judiciary in Syria."

While compiling its recent report "Violence against women, bleeding wound in the Syrian conflict," the EMHRN found a general lack of trust in international justice. The victims of violence and rape have seen the international community fail to help end the conflict that is pulverizing their lives and homes, and therefore question the sense in sharing intimate details about crimes committed against them.

As legitimate at that concern might seem, Zeghiche insists that this is the time to communicate and to document these particular spoils of war. As in so doing it will help victims make compensation claims further down the line, she says, and will empower a very weak civil society to call for an end to impunity. 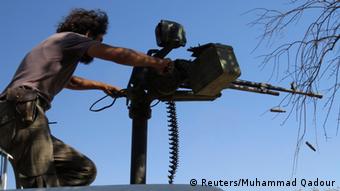 When the guns fall silence, women's battle for justice can begin in earnest

"We are trying to rebuild a bit of trust and tell women it is not a pointless exercise, but is actually quite crucial, because if they want to rebuild their country and their lives and even have a claim to happiness again some day, they have to talk about this and help bring the perpetrators to justice."

Life is bleak for Syrian refugees in Jordan

Syrian authorities have released dozens of female prisoners in the final stage of a hostage swap. Meanwhile, power has been restored to much of Damascus after an attack on a gas pipeline caused a widespread outages. (24.10.2013)