Many Syrian refugees in Lebanon feel their situation is so dire that they are considering heading back to war-torn Syria. But it's a journey into the unknown, as Diana Hodali reports from Beirut. 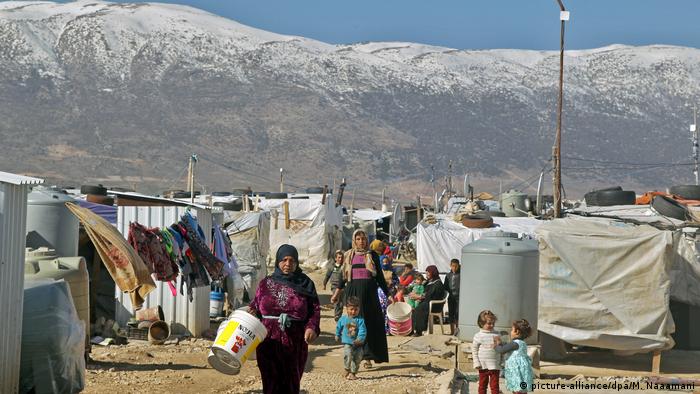 The sparsely furnished room lights up when Bassam H. enters it. His smile comes from the heart. He feels he has every reason to be happy: "I'll soon going back to Damascus with my family," he says.

The 24-year-old, who doesn't want to give his real name, gazes out of the window of the little organization in Beirut where he helps out. "Lebanon will never be my home. Syria is my home," he says, and lowers his eyes. He probably feels self-conscious; a lot of people have already told him that they think it's dangerous to go back. "But we're determined," he says. "We're going back in a few weeks' time."

We — that's his 47-year-old mother, his 21-year-old sister, and him. His father died in 2000, long before the war began in 2011. Bassam H. and his family are Palestinians from Syria; they lived in the Palestinian refugee camp of Yarmouk, a few kilometers south of Damascus.

He, his mother and sister came to Lebanon in 2013 with a few bags and the equivalent of $500 (€450). Yarmouk was still besieged then by several different warring parties. They planned to stay in Lebanon for a few months. A few months became seven years.

Encouragement from family in Damascus

Since then, Bassam H. and his little family have been living in southern Lebanon – there, too, in a Palestinian refugee camp. The security situation in the camp is precarious, and people there are very poor. The three of them were initially able to stay with relatives; Bassam's casual work brings in enough money for a one-room apartment with kitchen and bathroom. In Syria, he says, they had a house, and friends. "Here, we don't have many social contacts. Here, we're strangers." 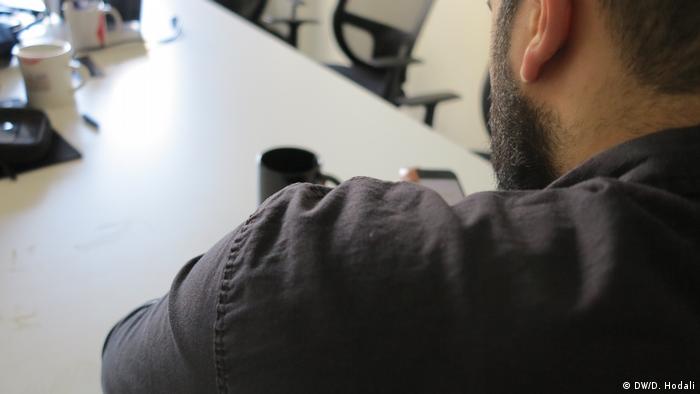 Bassam H. is determined to go back home, despite the risks

The atmosphere in Lebanon is tense. All the extra refugees have increased the pressure in the informal labor market; affordable living space is also in short supply. And many Lebanese blame the refugees, among others, for everything that's wrong with their country. According to the UNHCR, there are more than 950,000 Syrians registered in Lebanon. The true figure is assumed to be much higher.

Bassam's grandparents in Damascus have assured him that their house is habitable. – Is he quite sure? There's been a lot of destruction in Yarmouk. – Yes, he's sure. And perhaps he's right. But the Syrian organization Sawa for Development and Aid in Beirut warns that people shouldn't rely solely on information from relatives: "Many are afraid to speak freely and openly on the phone, for fear of repression," says Elena Hodges from Sawa. As a result, some Syrians end up planning their return based on false information.

Bassam has heard that some people who've gone back were arrested and tortured after their return, but he says that will not affect him. "I've asked people I know in Damascus to make enquiries. I'm not on any list. I don't have anything to worry about," he insists.

The lists he mentions refer to the security services' records. According to the feared head of Syria's Air Force Intelligence Directorate, Jamil Hassan, there are 3 million Syrians on wanted lists. Opposition activists and their relatives in particular risk arrest, blackmail, and torture if they return.

Of course, Bassam says, that's "not good." But he thinks they probably did do something wrong. – Like what? "They must have been politically active. My family is more important to me than politics. They've always said to me: Do what you want, but steer clear of politics."

Then he stops. It's obviously just become clear to him that this means a lack of political freedom – and massive suppression. He intends to take the risk, though. He says he's glad Bashar Assad is still in power; he doesn't see an alternative. The conversation doesn't get any more political than this.

Lebanon wants to send Syrians back

The Lebanese government wants to get rid of the Syrian refugees, and the sooner the better. The government is offering to lay on a bus one Thursday a month to return Syrians who want to go voluntarily.

According to the head of General Security Directorate in Beirut, General Abbas Ibrahim, around 50,000 people were brought back to Syria in 2018. The Lebanese supposedly checked with the Syrian authorities to ensure they were safe from persecution.

Human rights organizations are criticizing the fact that Lebanon isn't working with them on this. They're demanding to be given the names of the voluntary returnees so they can check later on what has happened to them. Bassam H. and his family want to organize their return themselves, at a time of their own choosing.

Syria doesn't want all the refugees

"I don't think the Syrian government cares very much what the Lebanese want," says Diana Semaan from Amnesty International. "It's clear that Damascus doesn't want to take back all the refugees."

Assad has left no doubt as to whom Syria will allow back in future. Back in 2017, he stressed that Syria had lost many men and its infrastructure, but had gained a healthier and more homogenous society.

Do Bassam H. and his family belong in that society? He's not expecting much support. He just wants to rebuild his life in Syria. "I'm sure I'll need time to begin with, to settle back in, but it won't take long," he says. He also has a fiancée waiting for him there. He's heard, of course, that there's hardly any electricity, not much water, and that the queues for petrol and gas are endless, but he says it's all just a question of time.

Syria cannot be described as safe; certainly there's no safety without fear— which is what is needed in order to reconcile the different elements of society after so many years of war. "Syria's ally, Russia, is not exerting any pressure at all on Damascus to reform the secret services," says Amnesty's Diana Semaan. "This shows that Syria will never be safe."

But Bassam H. doesn't seem to care. "I'm going back to Syria, whatever happens," he says.

Germany has postponed decisions on asylum for some Syrians. Refugee organizations fear the Interior Ministry will deny temporary protection to some Syrians based on an assessment portraying parts of the country as safe. (27.04.2019)

COVID: How can India keep the virus from spreading further?

UK heads to polls in array of elections, including key Scotland vote