Amnesty's inquiry into civilian deaths in modern conflict claimed the US-led coalition killed 1,600 noncombatants in the fight for Raqqa. The figure is five times higher than the toll released by the coalition. 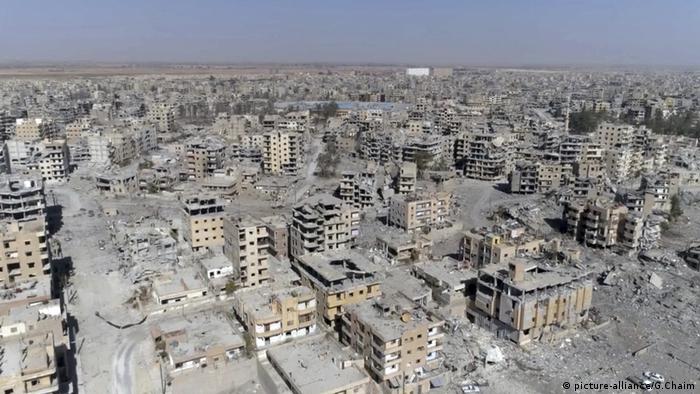 A two-year investigation into US-led coalition air and artillery strikes has revealed more than 1,600 civilian deaths in the campaign for Islamic State (IS)-held Raqqa over a period of only three months, according to Amnesty International.

The joint investigation with Airwars has been collated into an interactive website recreating what authors call a "brutally vivid account" of the shelling of populated areas where IS used human shields.

Amnesty and Airwars said it hoped to draw attention to what the coalition had claimed to be "the most precise air campaign in history."

"Coalition forces razed Raqqa, but they cannot erase the truth. The Coalition needs to fully investigate what went wrong at Raqqa and learn from those lessons, to prevent inflicting such tremendous suffering on civilians caught in future military operations," said Chris Woods, director of Airwars.

Amnesty said they had previously put their findings to the coalition but had been routinely rebuffed, with all but 159 of the civilians killed in Raqqa from June to October 2017 dismissed as "non-credible."

Coalition spokesperson Scott Rawlinson updated that figure Thursday, telling DW that 318 deaths were "credible" according to their records, while further allegations were being investigated.

Rawlinson said the unintentional loss of life was tragic but had to be balanced against the risk of Islamic State continuing "terrorist activities, causing pain and suffering to anyone they choose."

A UK government spokesperson told DW that an assessment was carried out after every UK strike to assess the potential for civilian casualties. While the UK does everything it can to mitigate risks, "sadly, no military action can be wholly without" them, they said.

The spokesperson also said it had been "the most transparent air campaign in history" through public and parliamentary strike briefings and that all missions complied fully with international humanitarian law.

Amnesty claimed the project to be "the most comprehensive investigation into civilian deaths in modern conflict," employing hundreds of site visits and interviews and thousands of activists to analyze satellite imagery and open-source material to be verified by partner universities.

Mass graves discovered there have yet to be fully explored and many of the remains have not been identified.

Islamic State has previously been reported to have used civilians as human shields in Raqqa, mined exit routes and shot those trying to flee.

US-backed Syrian forces claimed victory over all IS-held territory in March; however, IS continue to claim attacks in Iraq and abroad.