Syrian government forces and Iranian militiamen came under attack shortly after midnight in the northern province of Aleppo. One of the jihadi groups involved in the assaults is linked to al-Qaida. 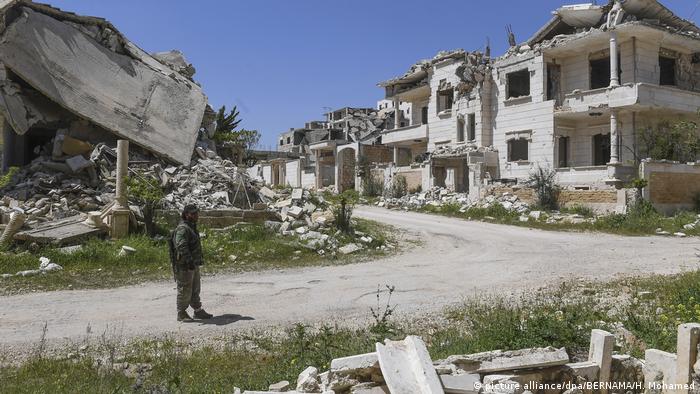 The jihadis first attacked government positions in a rural area of southern Aleppo in the early hours of Saturday morning. A second suicide bombing attack against government and Iranian forces in southwestern Aleppo occurred shortly thereafter.

Soldiers loyal to the regime also shelled rebel positions in Hama and Idlib provinces in retaliation, according to Syria's official news agency.

Turkey, which supports rebel forces, and Russia agreed in September to create a demilitarized buffer zone in Idlib and parts of Aleppo and Hamas. The deal has not been fully implemented.

The Observatory said Saturday's skirmishes brought the total number of government soldiers killed in fighting with jihadi groups in the buffer zone to 58.

Russia, Turkey and Iran held talks on Thursday on ending the Syrian conflict, which has killed more than 370,000 people and displaced millions since 2011.