Damascus does not need outside help in its fight against "Islamic State" jihadists, Foreign Minister Walid al-Moallem said Monday. He also criticized Jordan, which recently boosted its airstrikes within Syria. 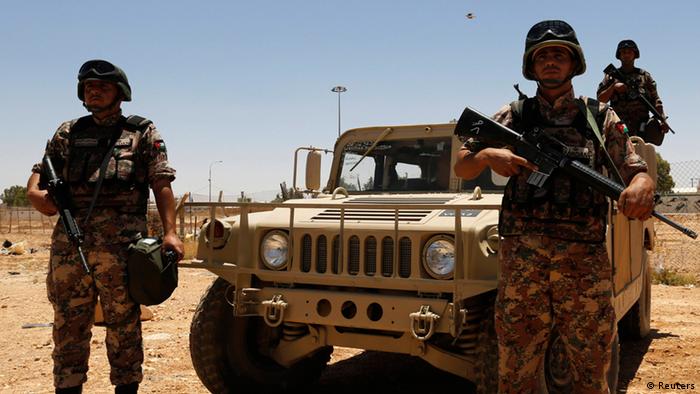 Al-Moallem told reporters on Monday that Syrian authorities would not accept Jordanian or any other foreign forces crossing the border to engage with Islamic State fighters.

"We will not allow anyone to violate our national sovereignty and we do not need any ground troops to fight Daesh," al-Moallem said, using the Arabic acronym for the extremist group, and adding that the "Syrian Arab government is fully capable of fighting Daesh valiantly."

Although no offer to enter Syria has been reported, the Jordanian air force claims it conducted dozens airstrikes on IS military bases and arms depots in Syria within the last few days. Jordan has stepped up its military action against the group since the jihadists published a video of a Jordanian pilot being burned to death.

The government in Amman, which is part of a US-led coalition against IS, promised an "earth-shattering" response.

Damascus considers the coalition airstrikes against IS to be illegitimate, based on the fact that the campaign has not been coordinated with the Syrian government.

Al-Moallem also said Syria offered to coordinate with the Jordanian government in the fight against terrorism, but did not receive a reply. In addition, the foreign minister claimed that Jordan, "which fights the Islamic State group along with the international coalition, doesn't fight" against Syria's main al Qaeda branch, called the Nusra Front, along its borders.

The Syrian foreign minister also accused Jordan of allowing "terrorists" - a government term for all the rebels seeking to overthrow President Assad - to enter Syria after training them in camps in Jordan, overseen by the United States.

The CIA has said it is running a rebel training program in Jordan.

Iraqis at the vanguard

Meanwhile, John Allen - the US coordinator for the anti-IS coalition - said on Sunday that Iraqi troops would begin a major ground offensive against the jihadis "in the weeks ahead."

"When the Iraqi forces begin the ground campaign to take back Iraq, the coalition will provide major firepower associated with that," he told Jordan's official Petra news agency, stressing that the Iraqis would lead the offensive.

The United States also delivered over $25 million dollars (22 million euros) in military aid to Lebanon on Sunday, including heavy artillery, in an effort to help the army against various Islamic groups near the Syrian border.

Inside Syria itself, the IS fighters managed to take over about one third of the war-torn country. Fierce fighting between rebels, government forces and pro-government militiamen was also reported on Sunday and Monday outside the capital Damascus.

After leaving the Taliban in favor of "Islamic State," terrorist recruiter Abdul Rauf has died in a drone strike in Afghanistan. Rauf was formerly imprisoned by both US and Afghan authorities. (09.02.2015)