Authorities have charged three former officials with fraud over a €6.7 million payment in the run-up to the Germany-hosted World Cup. But the most famous face, Franz Beckenbauer, may not face trial owing to poor health. 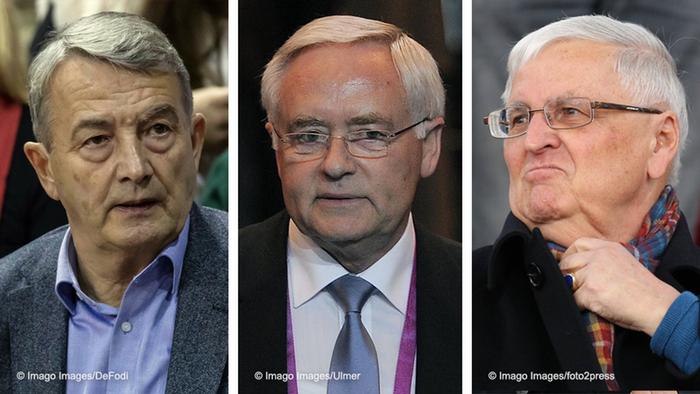 The Office of the Attorney General of Switzerland (OAG) on Tuesday indicted three former German football officials in relation to fraud surrounding the 2006 World Cup in Germany.

Horst Rudolf Schmidt, Theo Zwanziger and Wolfgang Niersbach as well as the former Swiss FIFA official Urs Linsi are "alleged to have fraudulently misled the members of a supervisory body of the German Football Association (DFB) organizing committee for the 2006 World Cup about the true nature of a €6.7 million ($7.5 million) payment," according to a statement released by the OAG.

The four men deny any wrongdoing.

The DFB said in 2016 that the payment was the return of personal loan — via football's world governing body, FIFA, in 2005 — taken out by German football legend Franz Beckenbauer from Adidas CEO Robert Louis-Dreyfus.

However, in 2002, the same sum was allegedly transferred by Beckenbauer and Louis-Dreyfus to Qatar's Mohamed bin Hammam — a former candidate for the FIFA presidency who was issued a lifelong ban for corruption in 2012, after evidence emerged of him trying to buy votes for the presidency.

"The exact purpose of the payments to Mohamed Bin Hammam could not be determined — also because a corresponding request for mutual legal assistance to the Qatari authorities in September 2016 remained unanswered until today," the OAG added.

The money had been declared as partial financing for a World Cup gala that never took place. Investigations into the payment eventually forced Niersbach to resign as DFB president. It was alleged the money was used as a slush fund to buy votes to secure Germany's bid to host the tournament.

Beckenbauer, who led Germany's bid to host the 2006 World Cup, also stands accused of fraud and will be investigated separately due to health concerns.

FIFA have for the first time admitted a violation in workers' standards as Qatar prepares for the 2022 World Cup. The revelation comes following an investigative report by German broadcaster WDR. (06.06.2019)

In an exclusive DW interview, the head of German football said governing bodies must be prepared to make changes to major competitions. Reinhard Grindel later stormed out after he was asked a financial question. (13.03.2019)