In an exclusive DW interview, the head of German football said governing bodies must be prepared to make changes to major competitions. Reinhard Grindel later stormed out after he was asked a financial question.

Amid a reported $25 billion offer from a consortium of investors to shake up FIFA's club and national team competitions, football's future is up for grabs, at least in the commercial sense.

In an exclusive interview with DW, German FA President and UEFA Vice-President Reinhard Grindel answered questions on the proposal to introduce a new Club World Cup. But the former CDU politician was less than pleased when pressed on how financially lucrative a new international tournament would be for the German FA. The 57-year-old eventually stormed out of the interview.

But before the walkout, Grindel gave a small insight into his, and perhaps more widely UEFA's, thinking about a Club World Cup, which would bring together the world's biggest clubs for an unprecedented tournament. The FIFA Council will meet on Friday in Miami to discuss the proposal, among other things.

Grindel claimed such a tournament would benefit all clubs and leagues rather than simply add to the ever widening gap between the elite clubs and their smaller counterparts.

"A Club World Cup would be better for smaller and medium-sized leagues and clubs," Grindel told DW.

Grindel believes "solidarity payments" would trickle down to smaller clubs and leagues, even if they don't receive similarly vast sums to those that would most likely reach the coffers of the few elite teams that would compete in a Club World Cup.

"We have this situation because commercial enterprises staged international tournaments for clubs with vast prize sums. But the money from TV rights and sponsorship doesn't remain in football. It also goes to investors," he said.

The reference was to tournaments held in recent years during the European off-season, which have been organized by non-footballing institutions.

The International Champions Cup in particular has grown into a lucrative event, with the biggest clubs from England, France, Germany, Italy, and Spain taking part in the 2018 edition. Matches were held across the United States, Europe and Singapore. 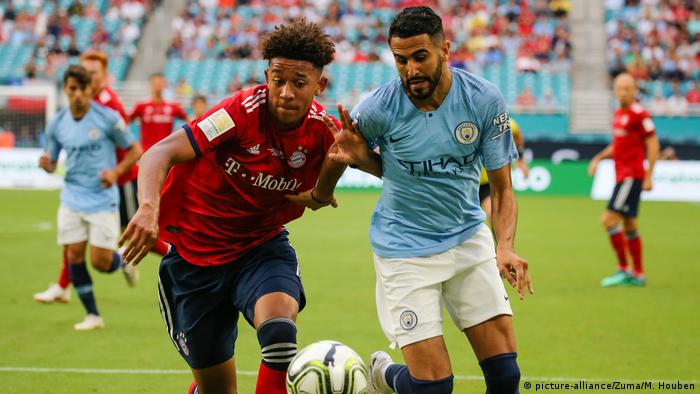 "If we don't hold a competition like (the Club World Cup), then commercial enterprises will. And then there won't be any solidarity payments," Grindel said.

"Therefore, smaller clubs would not be particularly disadvantaged by the new competition."

The makeup of the Club World Cup is still under question, with Grindel saying talks among the FIFA Council would revolve around how clubs are selected for the tournament and whether or not "all 211 member associations should profit from it".

Another point on the agenda for the FIFA Council, which meets in Miami on Friday, was the possibility of a global Nations League for international teams, which would expand on the European edition that was introduced last year.

Grindel said more groundwork was necessary and that it would not be voted on "for the foreseeable future".

"I can't judge (whether it would be lucrative for the German FA) because we don't know anything about the economic basis," he added when asked about the possible financial windfall such a tournament would bring. 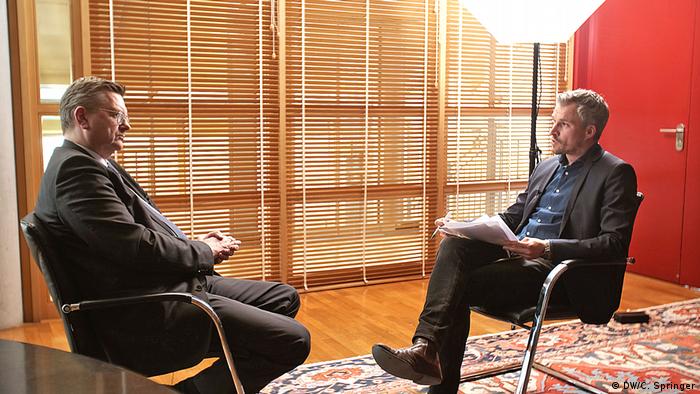 When asked to respond to reports that $25 billion could be accumulated for both competitions — the Club World Cup and a Global Nations League — Grindel snapped, and refused to answer.

"That's not going to get us anywhere. You're constantly trying to put words in my mouth. You're trying to set me up to say that there won't be a Global Nations League.”

The interview ended there, with Grindel walking away without answering questions on the proposal to increase the Qatar World Cup from 32 to 48 teams. That will be another issue for the FIFA Council to discuss when they meet on Friday, but any insight into the German FA president's thought process will remain a mystery.

This Friday, the FIFA Council will meet in Miami to discuss not only the possible expansion of the Qatar World Cup from 32 to 48 teams, but also the proposal to introduce a new Club World Cup and a Global Nations League, to mimic the European version brought in last year.

The interview was conducted by Florian Bauer.