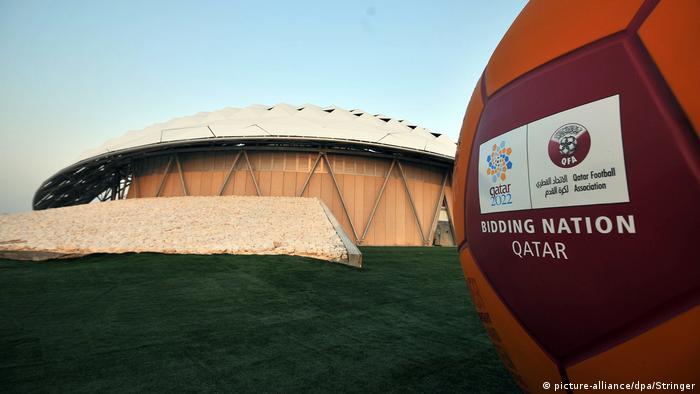 Shocking revelations brought to light by an investigative report on Qatar's World Cup preparations by German broadcaster WDR have been referred to as "serious allegations" by football's governing body FIFA.

WDR journalist Benjamin Best went in without the approval of the Qatari government, armed with a hidden camera, to shed light on the human cost of the 2022 World Cup. The results were broadcast on the same day FIFA president Giani Infantino was reelected unopposed, claiming the organization had become "synonymous with credibility, confidence, integrity, equality, human rights, social engagement, modernity, professionalism and equality".

"We are captured," Prasad told WDR. "Every day we nourish ourselves on water and bread. Without money we can't do anything else. Month on month our situation gets worse and worse. I'm not sure how much longer I can do it. I just want to go home. We can't even call our family in Nepal. If the companies would just pay us the money we're owed…"

Others tell stories of not being able to work for other companies due to an inability to access the papers held by their current employers despite months of not being paid. "We went to labor court and to the embassy, but nothing's changed," says Adi Gurung.

While a lack of pay was a recurring theme, so too were the deaths of migrant workers. The Nepali government granted WDR's request for official data regarding Nepali workers in Qatar, which showed that 1,426 had passed away between 2009 and 2019, while there were 111 deaths this year alone.

While Qatar are still yet to comment, FIFA have promised to investigate the allegations made by WDR further. Up until now, football's governing body had stressed that the allegations related not to the alleged offenses on stadium construction sites in Qatar, but to other projects over which they had no influence.

However, FIFA did admit to a breach in workers' standards for the first time in a press release on Wednesday: "We are aware of reports that the company TAWASOL – a sub-contractor in the construction of the Al Bayt Stadium – has violated the standards for workers."

The Supreme Committee for Delivery and Legacy, responsible for World Cup preparations, has since confirmed that 23 TAWASOL employees have been paid their outstanding earnings and will continue to work on the site.

Yet it's another troubling development surrounding the working conditions for guest workers, which have been heavily criticized for several years by unions and human rights groups alike.

French authorities informed the president of Paris Saint-Germain soccer club, Nasser Al-Khelaifi, that he is under formal investigation for corruption in the bidding process for the World Athletics Championships. (23.05.2019)